It’s been a long time since we’ve seen a little bit of green, and on the weekly it’s still not here, but the daily shows a tiny little bit of a recovery.

Eth bulls specifically have taken some courage to try the upwards direction, giving an interesting candle at the time of writing.

We’re quite terrible at gaining any clue from charts, but that $364 candle looks like neutral, while the newer one looks like it’s trying to see whether bears have any more ammo left and whether bulls are really serious.

More widely cryptonians seem to think we’re at the anger stage. With all this backlash against miners there might be some truth to it, but we’ll see. 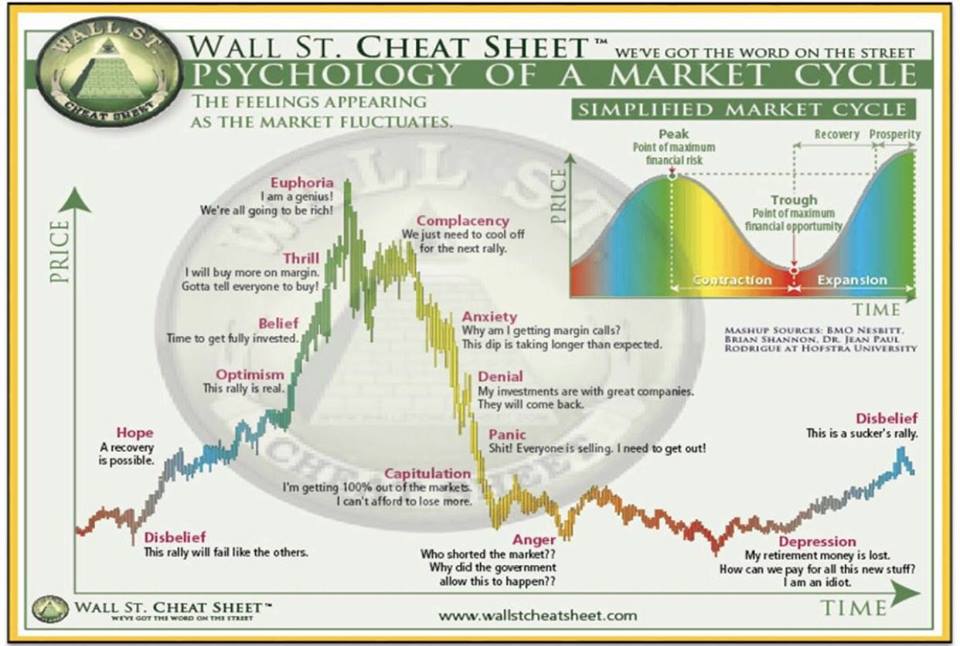 What we’re more familiar with than reading charts is news of not sufficiently high priority to fully cover, so let’s get to some of today’s.

First, there might be some coders reading so we have a paper. Specifically about APIs and how they can be made more transparent.

“APIs are often used by companies or individuals who want to implement certain functionalities without developing the existing services on their own,” researchers from the Technical University of Munich say before adding:

However, this process is highly intransparent for the consumer. There is currently no way to verify usage records in a trustless manner. Service consumers are required to trust the log files kept by the API providers without having the possibility to verify them.

This is especially a problem when internally kept usage logs at the consumer side do not match with the ones provided by the service providers.”

So put it all on ethereum’s blockchain, they say, because “using smart contracts on the Ethereum blockchain to log API usage creates an immutable and trustless single source of truth between consumers and providers.

Not sure that would help with revelations by a new study of apparent systemic insider dealing at the Fed and the big banks.

Of course we all suspected it and the data analysis of taxi rides might not be quite conclusive, but it does show significant coincidences in rising numbers of meetings between Fed insiders and commercial bankers, suggesting:

“Federal Reserve insiders systematically engaged in informal or discreet communication with the financial sector around the time of important policymaking meetings, increasing the probability of at least accidental leaks.”

Accidental. Just as accidentally China has banned bitcoin again. Or is it blockchain they banning now?

Who knows what those authoritarians do, but it’s becoming clear no one expects the China ban.

Yet perhaps they might find it easier to ban maths, or indeed the internet entirely, because to ban an idea might be just as easy as the Roman’s banning Jesus.

He rose today the ancients say. He rose and rose many, many years ago. A metaphor of course, of the sun, of seasons.

For it marks the official arrival of spring, with the trees and living things that were able to survive the brutal winter now free once more to blossom in ever growing sun warmth.

He, the sun, has returned and lives. Back from the shortest day just before Christmas, slowly gaining strength, to now once more make the birds cheer.

A sacrifice indeed it is for the sun is burning for us to live. To warm our fields, to warm our homes. To give us pleasure, even if brief.

And the metaphor within it all is that current tribulations will too pass. The present long might seem, but it can just as quickly seem the past.

Joy will once more rise. For man has intelligence, and that means man can adapt. Can see, can respond, harvest it, can become.