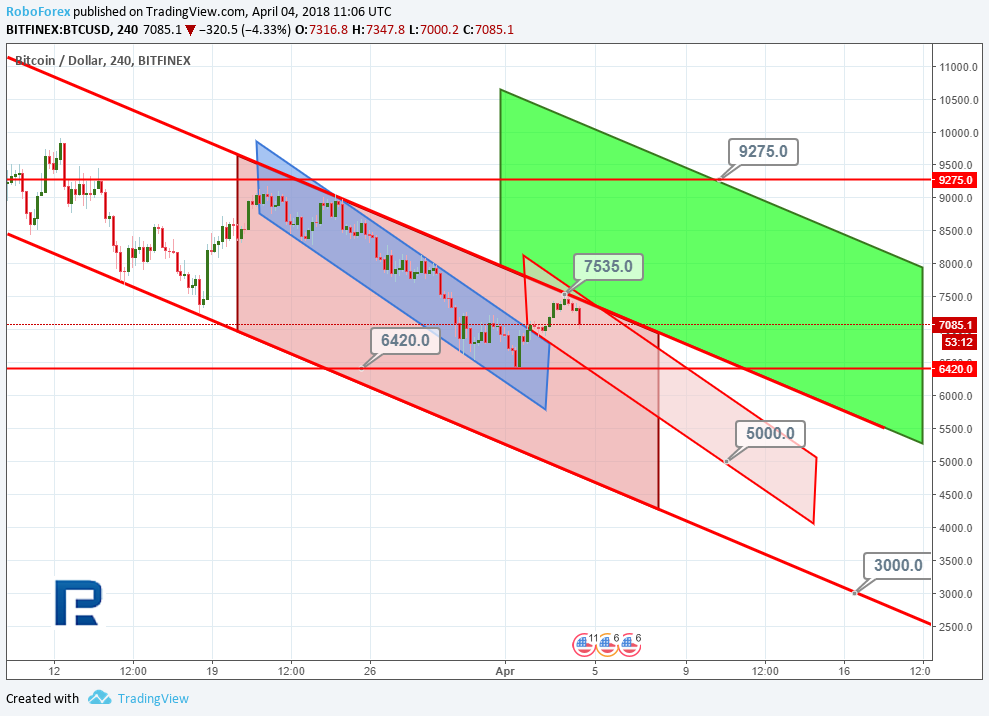 Bitcoin looks interesting both mid and short term. In the mid term, there’s a steady move inside a descending channel. The resistance has been tested again, and the price bounced off and started forming another downmove.

As for the short term, the downtrend here stopped after the resistance breakout, and the price moved to the upper projection channel to achieve its resistance.

Meanwhile, the new downtrend target is $6,420, after which the move may continue within the current channel targeting the important psychological support at $5,000.

Speaking longer-term, the market may even target the major channel support at $3,000. As for the resistance, it is at $7,535 currently, and whenever the price manages to break it out, it may head up to the projection channel, targeting $9,275. 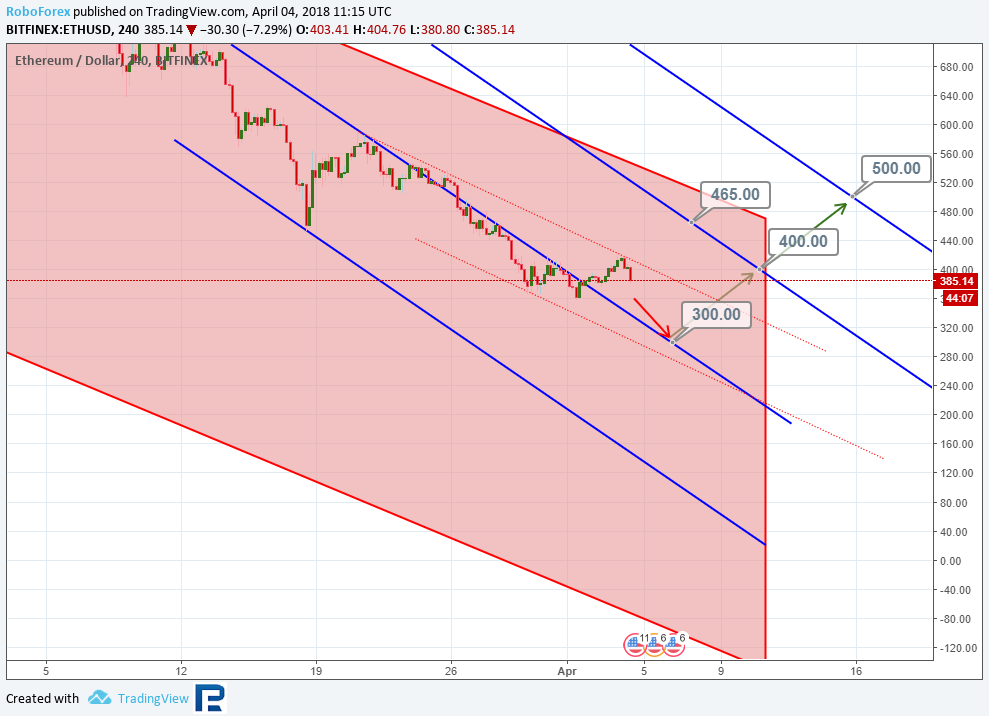 Ether is still downtrending both short and long term wise, although the momentum is somewhat slowing down. The price has hit some new lows, but then moved to the upper projection channel after testing the resistance. 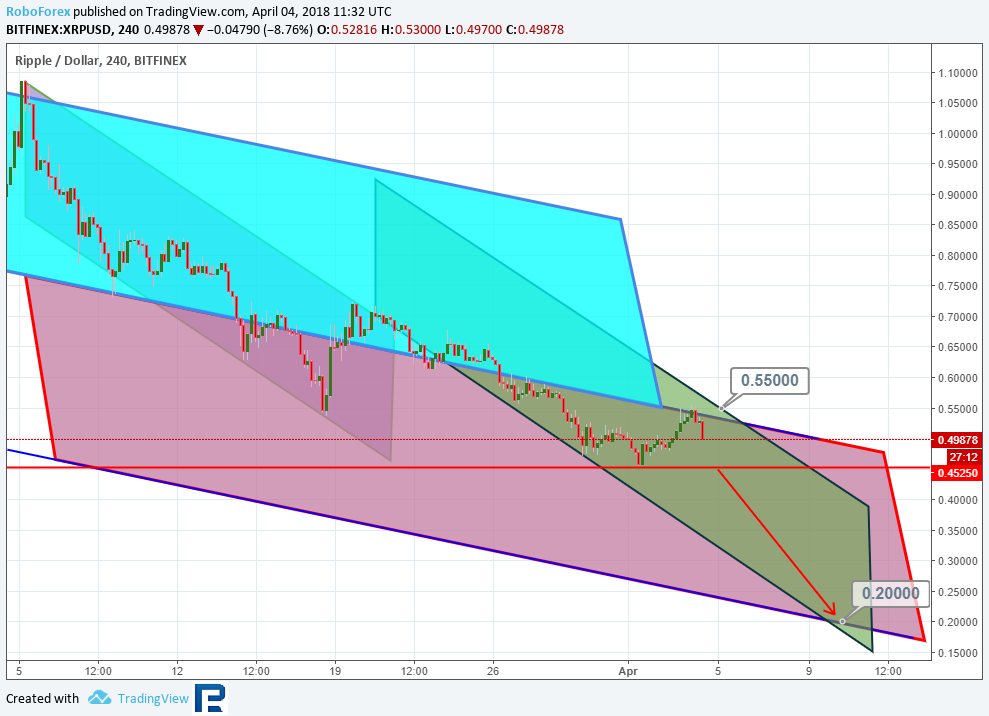 Technically, few things have changed in Ripple recently. After the previous descending channel support breakout, the price tested it as a resistance, and has now entered the projection channel range.

The potential for going down is limited with the support at $0.20, although even reaching this level is only possible after breaking out the local support at $0.45. Meanwhile, the resistance is located at $0.55. 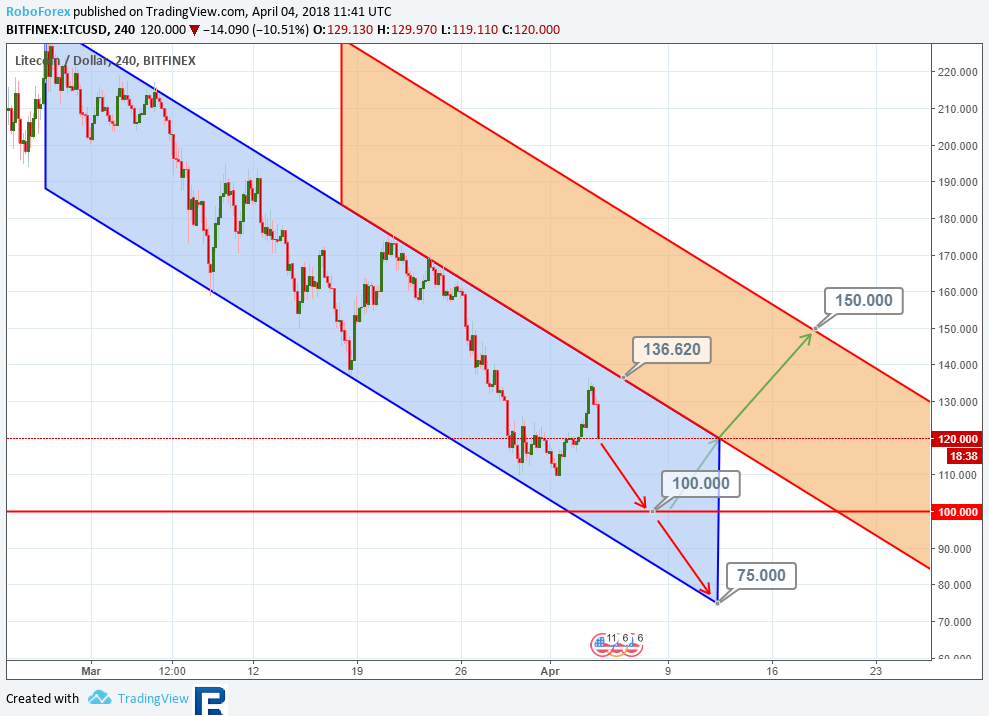 Litecoin is facing downtrends both mid and short term. The descending channel is quite steady as the price is approaching the important level at $100. After breaking out such a strong support, LTC may then head towards the channel support at $75. 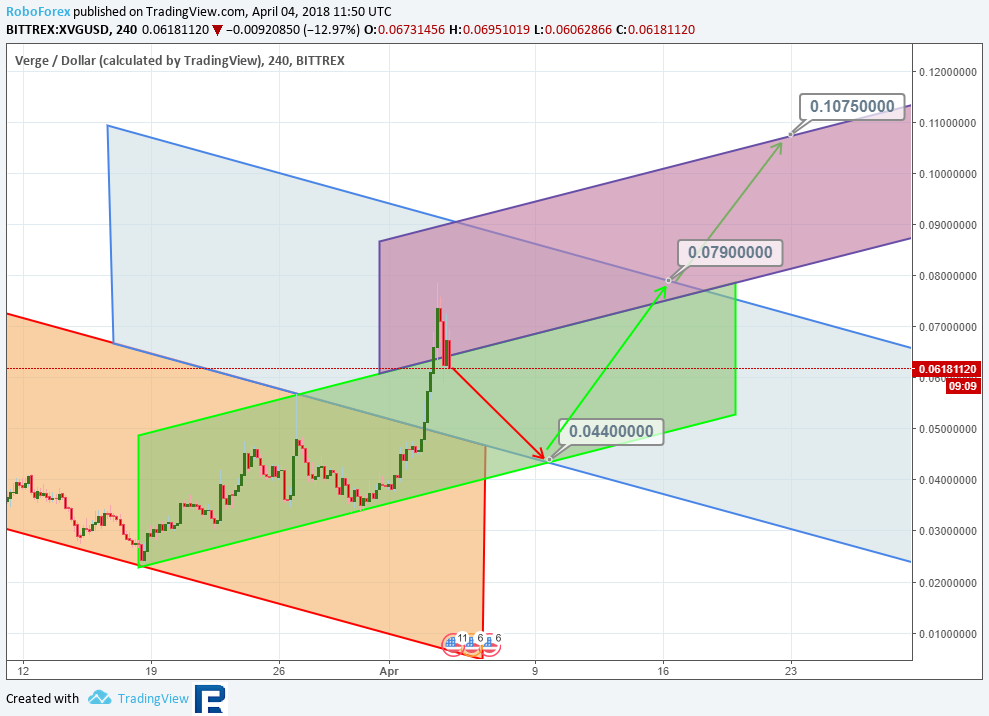 Technically, the long term downtrend on Verge has come to an end, as the price has broken out the previous descending channel resistance and moved to the upper projection channel.

In the short term, Verge is facing an uptrend, and the price is moving fast after hitting and breaking out the local ascending channel resistance. As such, there’s more growth potential for Verge.

The price may pull back to the broken out resistance, which has become support, in the short term, which is near 0.044, but then a new upmove may form heading to the current resistance at 0.079.

If Verge is able to remain above this short term resistance, it may then target the short term projection channel resistance at 0.107.