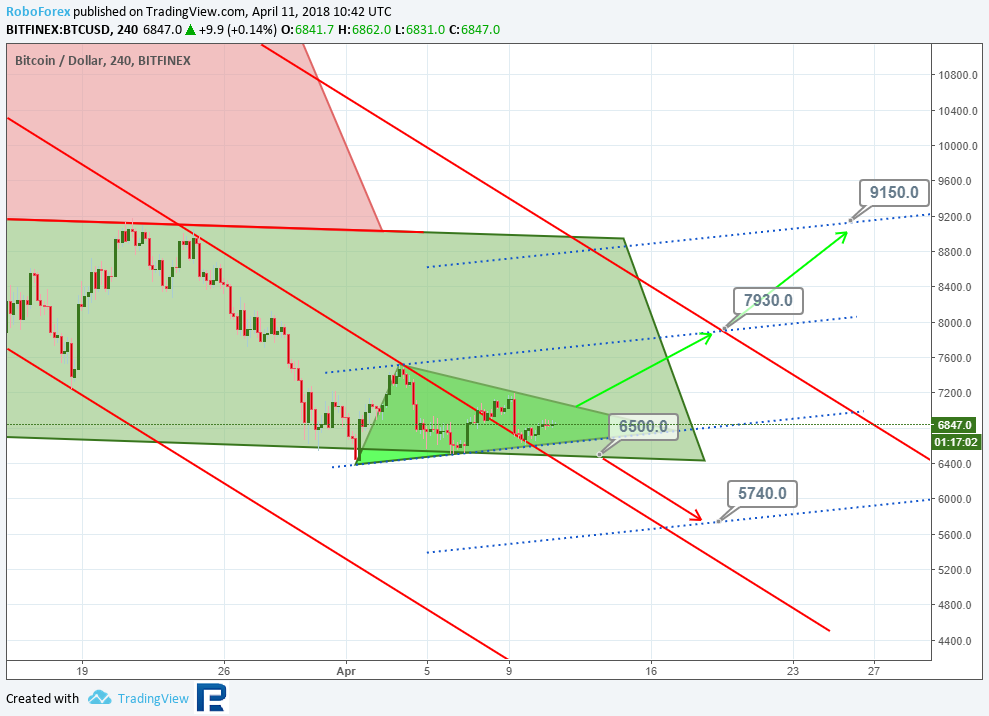 Technically, Bitcoin may finally stop downtrending soon. On H4, the midterm descending channel resistance is being tested, which may lead to the breakout and the price moving to the projection channel.

The ultimate target of the upmove may be the channel resistance at $7,930.00. In the short term, a triangle pattern is being formed, which highlights the traders’ uncertainty.

However, the breakout of this triangle resistance may lead, again, to reaching the target at $7,930, and then $9,150. Conversely, if the triangle support gets broken down, a new descending trend may form to reach $5,740. 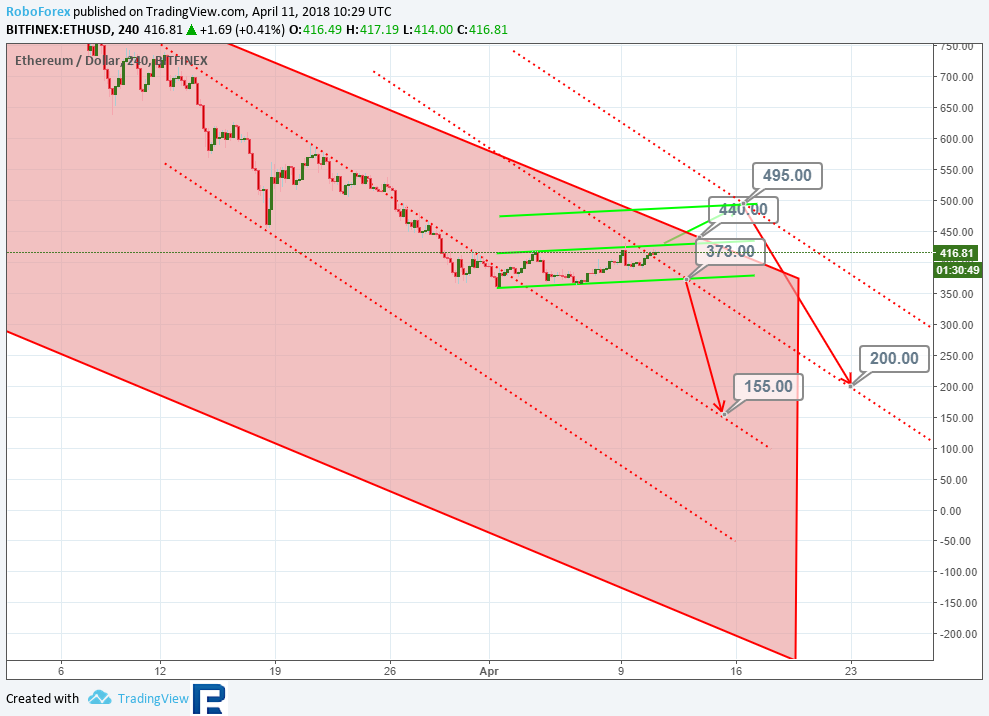 The major trend is still descending for Ether, and the price is still inside the downside channel. However, the trend has somewhat stopped for a while, and the digital coin is currently trading sideways.

In the midterm, the downtrend stopped because of the resistance breakout, while the price has already reached the target projection channel resistance area.

Currently, the market is testing the resistance, which may be followed by the next breakout and the movement towards the next resistance at $495.

In the short term, Ether is trading sideways, currently testing its resistance. After a possible breakout, the price may form a micro trend heading towards the major resistance at $440, and then $495.

Then, a downward wave may follow with the target at $200. In case the price fails to break out the range trend resistance, it may hit the support at $373, which, in its turn, may lead to a downtrend heading towards $155. 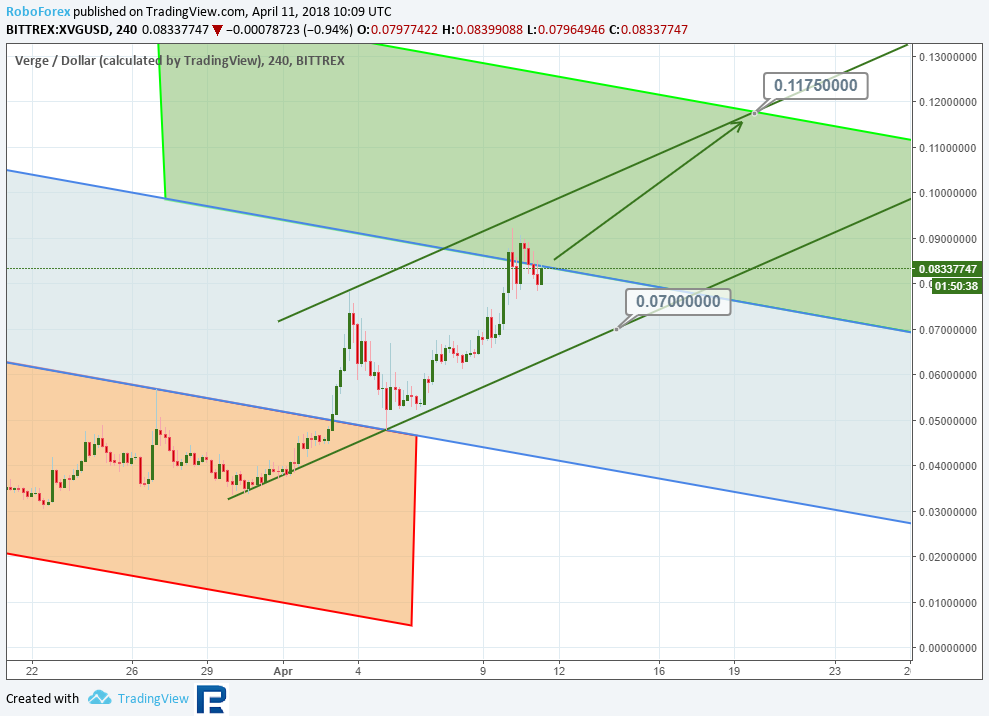 Technically, Verge is uptrending on H4. After the previous downtrend reversal and the resistance breakout, the price moved to the upper projection channel.

In this case, the new target may be at 0.1175, but it may only be achieved in case the price breaks out the current resistance and manages to stay above. Meanwhile, in the nearest future, the price may test the support at 0.0700. 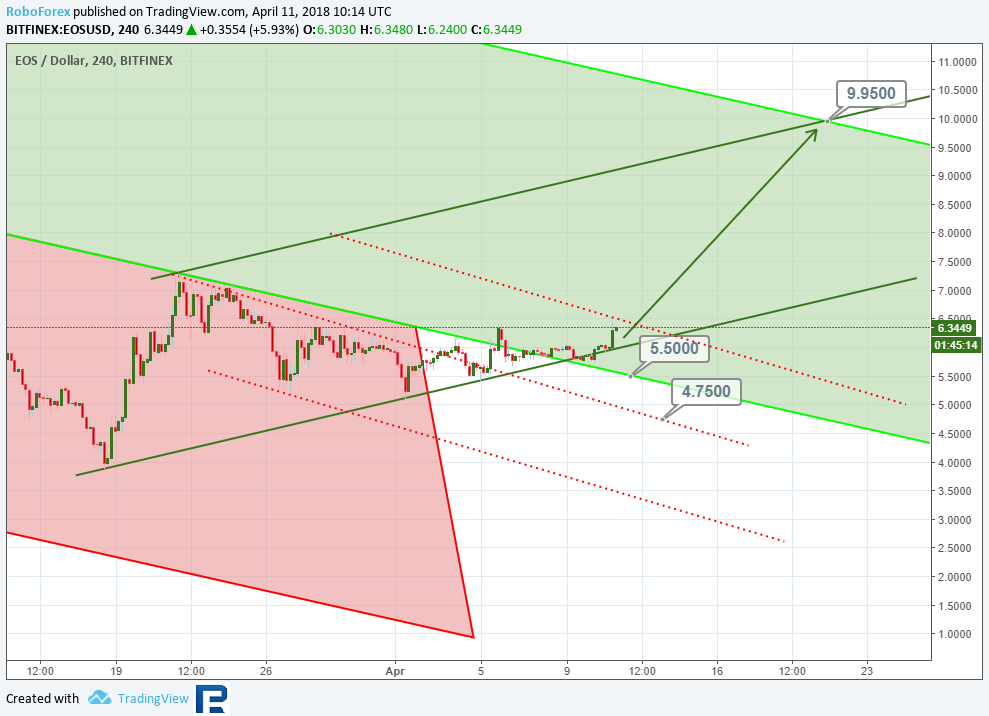 EOS H4 chart is showing a downtrend reversal. By breaking out the descending channel resistance, the price is moving to the upper projection channel, forming an upside channel at the same time, with the target at 9.95.

Thus, the price is already near the local target, which is the projection channel resistance. If the price bounces off the resistance and pulls back, it may come back to the current support at 5.50. 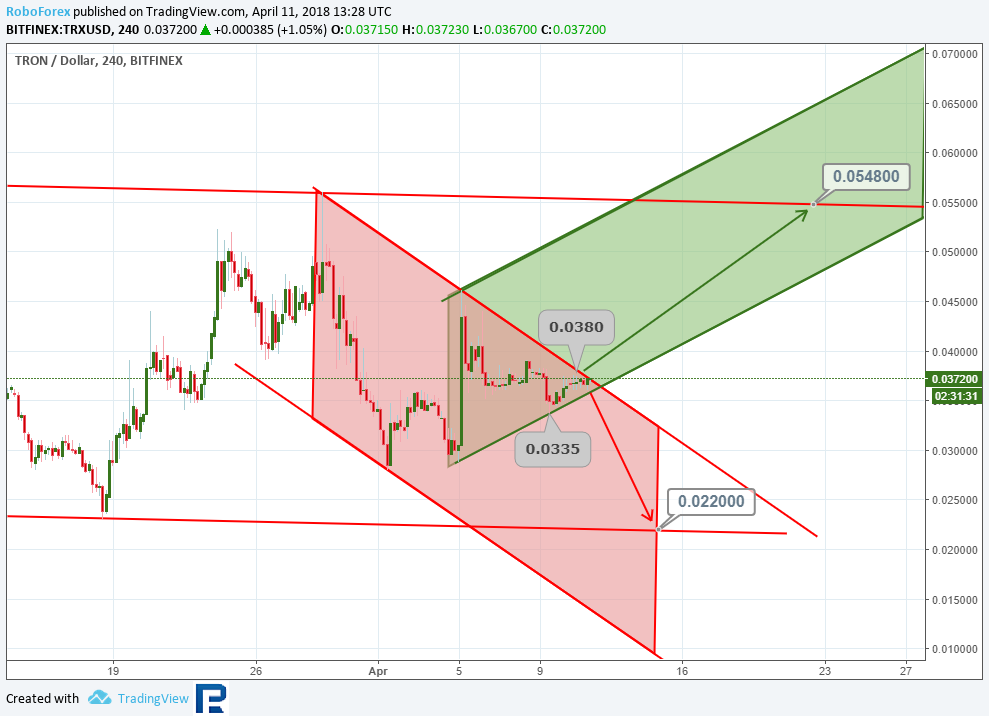 In the midterm, Tron is trading sideways, although there’s a downside channel forming after the resistance bounceoff.

Current downtrend may aim at $0.0220, which is the range trend support. At the same time, the local lows signal a possibility of a new uptrend forming; however, such an uptrend will have a chance to continue only in case the local resistance at 0.3800 gets broken out.

If this is the case, Tron may reach the resistance at 0.0548; otherwise, it may also reach the support at 0.0335 and continue the downtrend.