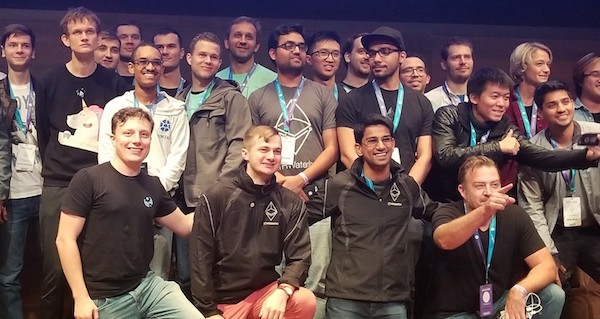 The king is dead, long live the king! Ethereum is the most developed platform by far, significantly surpassing any other project by any metric.

The two years old currency has twice as many stars as the decade old bitcoin, some three times more developers keeping a watch on code changes (watchers), and far more active developers overall.

The only metric any other platform comes anywhere close to eth is in changes by Cardano. Cardano, however, is building the basic foundations, coding the actual blockchain formation itself, while ethereum has had nearly as many changes in the past seven day on a running blockchain and on a completed network.

All this activity, therefore, is on top of an actual built house, and it includes numerous aspects. First, there are the multiple clients, with Geth and Parity most know.

This duopoly of sorts has saved eth a number of times. When Geth nodes sort of went down in 2016, Parity kept the network running. Likewise when Parity nodes were affected, Geth came to the rescue. Thus keeping an always on resilient network.

It also includes the many things being built on eth. Hybrid Casper is one of them, an upgrade that might finally get rid of this mining geographical centralization in the most unexpected of places. On top of ending this cycle of selling eth for more hardware to mine more eth they can sell for bigger and bigger hardware farms in a pointless loop. To say nothing of removing the heavy demand on scarce energy.

Then, there’s sharding included too, which will probably be the biggest breakthrough since smart contracts.

Bitcoin developers have stated sharding is impossible, but then some of them said the same of bitcoin itself. Eth devs are paying no heed, not least because many of them were bitcoin devs once, but unhappy with its turtle speed.

To be fair to bitcoin, the above doesn’t include the Lightning Network, but the eth metric does not include Raiden either. It does however include solidity, web3, and far more to mention.

“The core value proposition of Ethereum can be summarized with a single word: Synergy.” So says Rune Christensen of MakerDao before explaining how they can integrate with a number of eth projects, to then state:

“It is the permissionless and turing-completeness of Ethereum that allows all of these projects to seamlessly integrate with each other as first class citizens, increasing the value and utility of each other, because we all write to the same virtual machine and use the same language and the same standards.

Each project in the list above becomes a multiplier on the existing value of our system, resulting in exponential, rather than linear gains, for every new project that integrates with the others. Similarly every time any one of the above mentioned projects gains a new user or somehow grows in size, it ripples through the list and positively effects every other project in one way or another. Another huge advantage is that all of the integrations and synergies listed above require zero direct interaction or collaboration between the projects – it just emerges by itself due to the open source nature and streamlined standards of Ethereum. Of course in most cases there is still direct collaboration between the projects in this early stage of the ecosystem, but it’s still important to note that this isn’t a requirement – this will become a huge advantage once the network starts to really scale.

The result of this inherent synergy is an unbeatable network effect in accordance with Metcalfe’s law. Every time a VC or a banker asks me which blockchains are interesting to look at in the industry, I tell them the same thing: Ethereum has already won. It has reached critical mass and become what can best be described as an unstoppable, ever growing snowball.

Another way to put it is if we decided to build Maker on a different blockchain, we’d have significantly less users and liquidity, and would have to spend a lot more resources on building things that others have already built for us to use as first class citizens on Ethereum, and due to those factors, we’d most likely be dead or dying at this point.”