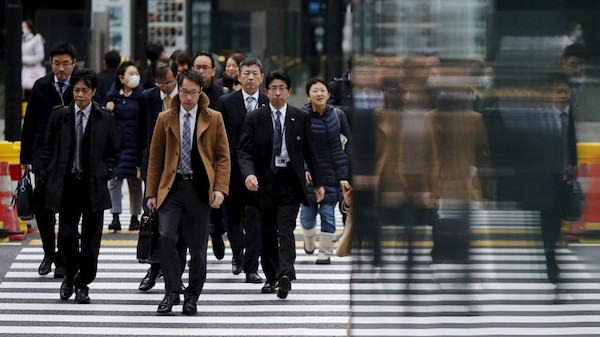 Japan’s Financial Services Authority (FSA) is the first of its kind to provide detailed actual data on cryptonians following the publication of results shared by Japan based crypto exchanges.

The rich island nation, with a GDP of $5 trillion, has 3.5 million crypto traders out of a population of 127 million. If we discount children, that makes it around 5%.

Around 85% of Japanese crypto traders are between the age of 20 and 49, according to FSA’s publicized data.

Interestingly, Japanese teens apparently don’t like to play crypto margins roulette at all, with those in their 20s too somewhat reluctant.

Those in their thirties and forties dominate, suggesting this might be part of a job, perhaps even institutional investors.

Most curiously, Japan apparently has 5 grandpas who like to roll those up and down crypto-waves in natural cocain like rushes. Why not eh, yolo can’t be any more appropriate than at that age.

Sending us back to the grandpas, or in this case quite a few more than them. There are 268 individuals in Japan that hold more than $1 million worth of crypto. Making them not the 1%, but the 0.02%.

From this data there are a lot of things we can estimate and we estimate them on the basis Japan is a relatively new entrant to the crypto map and their global trading volumes do still appear to be fairly un-wowing compared to previous newcomers, although there is a sense that might change.

Firstly, based on our estimates of all facts, South Korea probably has between 10-20 million crypto traders. US probably has a bit more, at around 30-50 million. Globally there probably are at least 100 million, with a higher end of around 200 million.

Secondly, we can estimate that the vast majority invests less than they can afford to lose. Instead they invest an amount they don’t mind losing at all. Their approach rather seems to be throwing some pocket change and if it works out great, if not then who cares.

There are some more adventurous, but out of a population of 127 million, only about 10,000 have more than what you’d consider a somewhat serious amount of $50,000+.

That means institutional investors, pension funds, and so on, are no where near this space, although they have started dabbling.

It also probably means that these suggestions cryptos are somehow a risk to financial stability are completely over-blown. Firstly, because a very insignificant amount ties borrowed debt money to cryptos, and secondly, because this space is not concentrated, with many instead throwing a few dollars rather than few entities throwing many dollars.

In combination this does suggest cryptos remain at an early stage, and although their growth does appear quite stupendous, you have to consider that cryptos are uniquely global.

They are a bit like the gold market, but gold is far too boring. So let’s take stocks, which is what the ethereum space is kind of starting to resemble in a unique distinctive mixture of its own with silicon valley streaks and genius inventors and digital artists and so on.

If we take stocks, you can say NYSE is global, but it isn’t really. Japan has its own stock exchange, UK, Shenzhen, so on.

In cryptos, there is one “stock exchange,” mirrored across the globe. There is one revolving “sun.” So you have tiny percentages in a specific country, but combined, they make global waves.

Which leads us to the final estimation. This is not the 90s dotcom bubble. This is the 80s takeoff. We could of course be wrong, but it does seem like we are still at a stage of far too early.