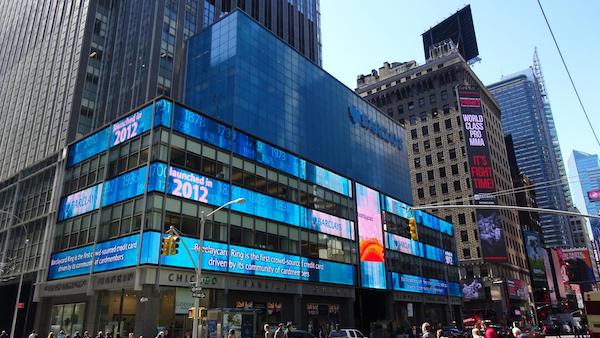 One of the biggest bank in the world has launched a Venture Capital (VC) unit with a focus on investing in blockchain technology, smart contracts and artificial intelligence.

Ben Davey, formerly the head of strategy, is to lead Barclays UK Ventures (BUKV) who said they were to focus on “truly transformational new business lines” with the aim of “material contribution” to the bank’s bottom lines.

He said the new venture unit has a “relatively unfettered mandate,” according to the Financial Times, but wouldn’t reveal the amounts involved.

Davey however says they are “very comfortable” with the allocated capital towards investing in startups focused on this space.

“We are a growth business,” Ashok Vaswani, Barclays UK chief executive, said before further adding the new unit provides “new lines of revenue growth in addition to the organic growth of our core business.”

In addition to investing in start-ups in return for equity, the new unit will also potentially enter into commercial partnerships and will look to launch its own potential start-ups.

“We’re going to be very open minded on operating models with the best of these ideas,” Mr Davey said.

This makes the British bank one of the first in the world to announce a venture capital arm specifically focused on blockchain technology and smart contracts.

They recently announced a partnership of sorts with Coinbase, which will be the first and only crypto broker/exchange to provide instant fiat deposits and withdrawals in British Pounds.

However, the overall relationship between banks and crypto businesses apparently hasn’t fully changed with one such business stating:

“The Barclays/Coinbase deal didn’t change anything due to how difficult it was to arrange with UK regulators. BarclaysUK still have a complete embargo on any businesses associated with cryptocurrency.”

Banks consider crypto businesses to be highly risky and some of them have an implicit blanket ban, a move that some have called anti-competitive.

With this new venture potentially making those calls louder as the bank could privilege their own investments by providing full banking facilities or other services and hamper their competitors by denying or withdrawing similar services.

Yet it might also indicate the bank now might be more open to this space, especially as a number of crypto-banks are in the pipelines which may put competitive pressure on established banks.