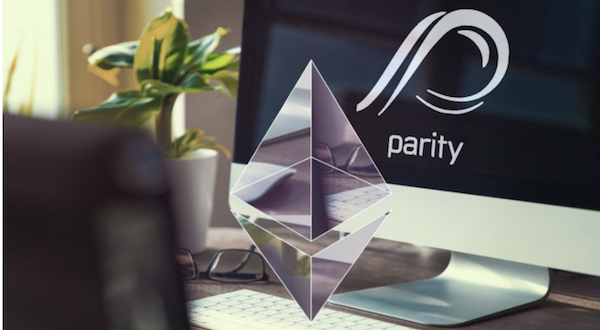 Afri Schoedon of Parity told trustnodes in a very brief interview that they “do not plan to split the chain.”

That’s after we asked him whether they will accept the results of an on-going vote that has now been running for the past six days with more than three million eth having voted so far. Schoedon said:

“We neither started that vote, nor endorse it. Also, we do not think that we should throw away all of our effords to build and improve an effecient governance process for Ethereum by promoting carbon votes or any other measures of coin votes.

We plan to stick to the governance process as defined in EIP 1 and continue talking with all other developers, teams, and the community involved.”

We pointed out the Polkadot-Multisig contract has voted, which suggests some endorsement of the vote. Schoedon said “that’s the Web3 Foundation wallet,” after adding “I can only speculate that they have their own incentives to participate in that vote.” He further clarified that “Parity does not have any funds locked in the wallets.”

“Currently, the vote is split 52% against, 47% in favor, what would Parity do if that was the final result?” – we asked.

“That question is assuming a lot.” – Schoedon said. So we reworded it to ask “will you accept the vote results, as in if it ends up being against, will you accept that result? Or are you planning to chain-split?” With Schoedon then stating:

“We do not plan to split the chain. We aim to restore the contract at 0x863DF6BFa4469f3ead0bE8f9F2AAE51c91A907b4 in consensus with the other clients and the commnuty as whole.”

“This question is assuming so much, I don’t know where to start. Why do you think the EF will say “no”, or why do you assume the EF even has the power to say “no”?

The Ethereum Foundation is a heterogenous organization funding the development and infrastructure of Ethereum, but they are neither running it nor governing it.

And you keep asking the same questions, I do not intend to split the chain. As I said before. I don’t need a proposal in first place if my intention is division of Ethereum in three.”

A chain-split, therefore, does not appear to be on the table at this stage with Parity so planning “to stick to the governance process as defined in EIP 1 and continue talking with all other developers, teams, and the community involved.”

An on-going vote is underway concerning the matting, with now just 18 hours left to go until the final results.