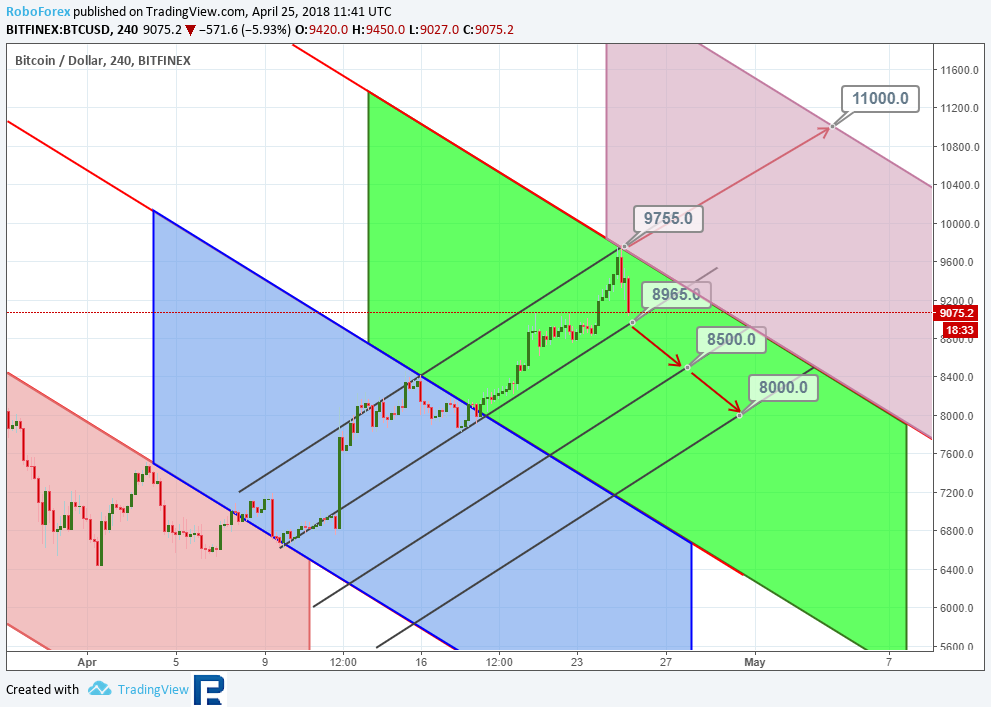 Bitcoin is continuing to rise, having already reached another target at the projection channel resistance. The uptrend may go ahead, but only after the resistance at $9,755 is broken out.

Another target may lie at another projection channel resistance, $11,000. In the shorter term, the price is forming a pullback in order to test the support at $8,965.

The short term ascending trend is meanwhile testing the support, which can end up with a bounce and a rising impulse to the target level of $840.

Conversely, in case the support at $607 gets broken out, the price may move to the lower projection channel to reach another support at $530, where a new uptrend heading towards $790 may form. Right away, the major support is at $455, though. 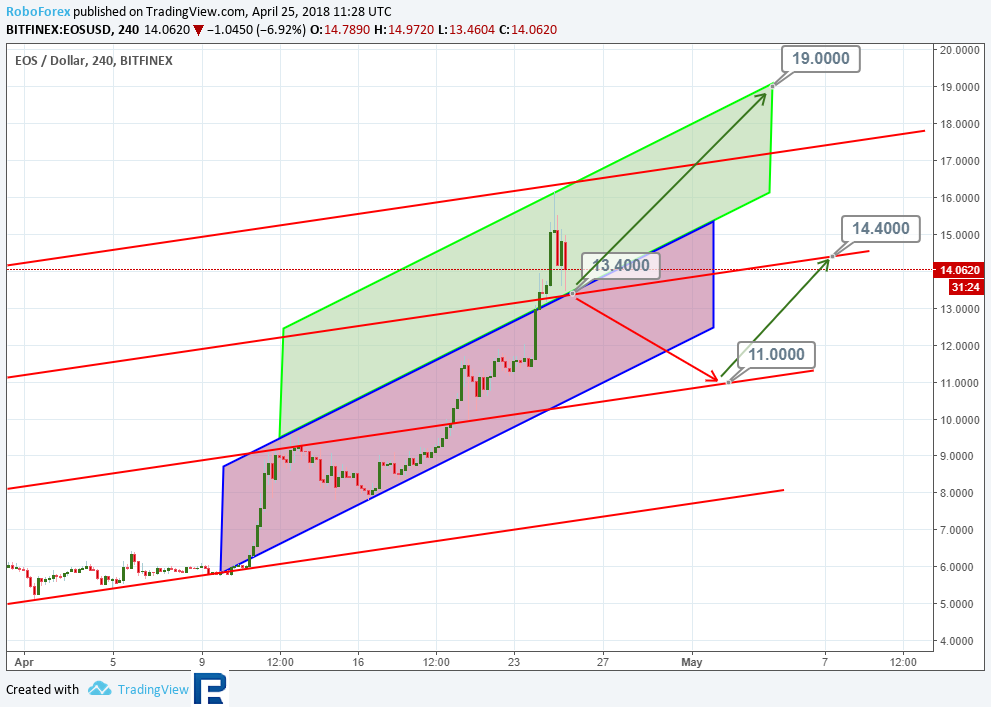 Technically, EOS is continuing its uptrend on H4 after hitting the major ascending channel resistance.

Currently, the price is testing the support again after moving to the upper projection channel and reaching the target resistance. From there, two scenarios are possible.

Most likely, the price is going to bounce off the current support and head forward to reach $19.00. Another scenario assumes the price breaking out the support at $13.40 and falling to another support at $11.00. If this is the case, a pullback testing $14.40 is possible. 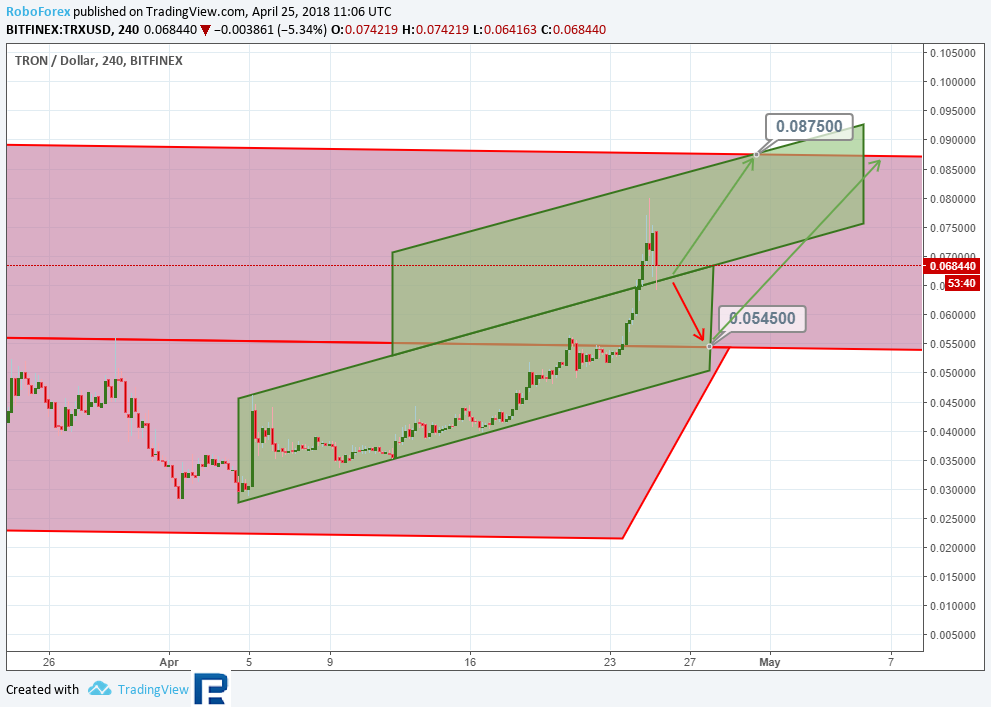 In the mid term, Tron is leaving its rangebound trend and is heading upwards, thus forming a new ascending trend.

Currently, the price is testing the resistance which has already turned into a support. Still, the price may also fall to the projection channel support at $0,0545. Anyway, the price is sure to form a new rising impulse heading towards the target resistance. 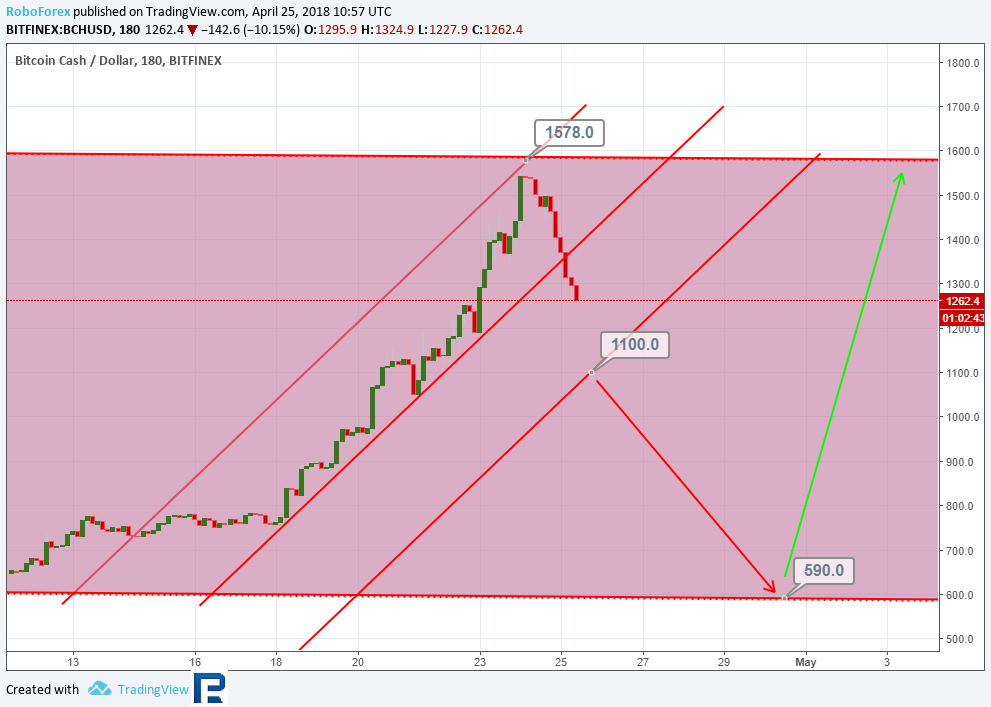 The long term descending trend is over for Bitcoin Cash. After breaking out the descending channel resistance, BCH started trading rangebound within the support at $590 and the resistance at $1,587.

On H4, the short term uptrend is also over, after breaking out the support. The new downtrend may push the price to the lower projection channel support at $1,100.

After hitting this support, the price may continue falling to reach the range trend support, after which a bounce-off and a new rise towards the resistance is likely.