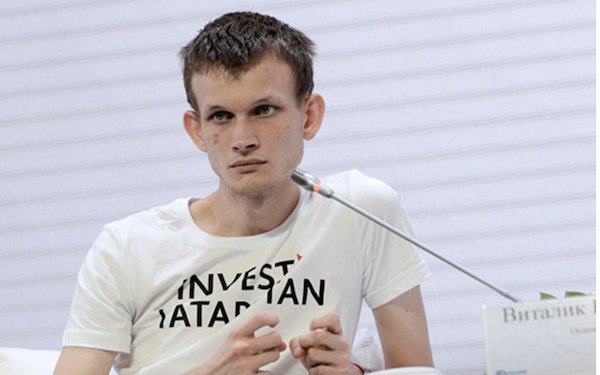 “I am boycotting Coindesk’s Consensus 2018 conference this year, and strongly encourage others to do the same. Here is my reasoning why.

1. Coindesk is recklessly complicit in enabling giveaway scams. See their latest article on OMG, which *directly links* to a giveaway scam. And this is *after* I publicly warned media to be very careful about such things.

2. Their coverage of EIP 999 was terrible. They published a highly sensationalist article claiming the chain would split, when it was very clear that EIP 999 was *very far* from acceptance. This is why pundits need to be replaced by prediction markets, ASAP.

When Péter Szilágyi complained that even though the author asked for his comments, his feedback was totally not incorporated into the article, the author’s reply was that the article was already published by the time they received the reply. Seriously, is speed really that much more important to you than accuracy?

3. Their reporting policies are designed to trap you with gotchas. Did you know that if you send them a reply, and you explicitly say that some part is off the record, that’s explicitly on the record unless you go through a request/approve dance first?

4. And by the way, the conference costs $2-3k to attend. I refuse to personally contribute to that level of rent seeking.”

On the first point, we could not quite verify their linking to a scam address, but Coindesk has admitted it, updating their article by stating:

There is space to disagree with Buterin in regards to speed. That’s primarily because you never know whether a response, or commentary, will be received, and speed of when to publish can be a difficult judgment call.

However, linking to a scam, for a news article – and really somewhat minor/low priority news – that didn’t really have any speed pressure, by a corporation like Coindesk, does show complete lack of grounding.

The article has been updated, so we do not quite know what scam was linked, but scams are usually fairly obvious, suggesting lack of diligence at the hiring process. Which suggests a lack of even lowest effort fact checking.

We do find it disturbing that Coindesk would not stand by explicitly stated off-the record statements according to their legalez. As news media, that to us is troubling and very offensive because it doesn’t undermine just Coindesk but the entire journalistic space. All we can say is brush them all not with the same brush.

Point two is probably what mainly angered Buterin. Coindesk is owned by Barry Silbert, who publicly in effect pushed Ethereum Classic (ETC). With Coindesk itself, since then, showing not just bias, but only what can be described as and attempt to undermine eth.

In most circumstances that would be just unpleasant, but in the very delicate circumstances after there had been a long debate and a vote which led to a difficult, though perhaps somewhat sad, decision, there are few other ways but to see it as an incitement by titling their completely unfounded article in the way they did.

Coindesk stated they stand by the reporting of their completely unfounded article. An article based on a week long conference call, yet published after many events had taken place, events Coindesk would have most certainly been aware of, event the article itself did not fully cover, and yet they published it at very much the most sensitive possible time.

The end result was a uniting of eth, so in an anti-fragile way it was all as the meme says good for eth, but a story based on week old events, when Coindesk perfectly knows so much more had happened since then, slanted in such a way, at such a fragile time, can not possibly lead to anything else than the expression of anger, as Buterin has now clearly communicated.

We do not know how much control Coindesk has over their advertisers. Sometime things can slip through. No one is perfect, things can happen.

But Bitconnect is not a complex ponzi. They do not, or did not, really hide it. It’s not a question of don’t have time for due diligence etc. Their homepage had a clear pyramid.

“Understand that you disagree with the coverage on ethereum. You’re more than entitled to that opinion,” Pete Rizzo, Editor in Chief of Coindesk, said in a statement directed to Buterin, before adding:

“Coindesk is a fast-growing company that writes about a highly technical subject, and the creation of which requires many stakeholders, all of whom are acting in good faith.”

We do not doubt it, but there comes a point when you have to show some evidence to indicate good faith, whatever those two words mean. Coindesk is a corporate owned media site that has previously shown, or appeared to have shown, the biases of its owner. That raises many questions, primarily, does that owner actually give editorial directions?

“I’ve decided I’m more okay than before with taking risks with my social capital and occasionally having enemies,” Buterin says.

That suggests he expects to be attacked by presumably mainly Coindesk and its owners, but really this episode should better be seen as Coindesk having gone too far in doing what does or did appear to be in effect an attempt to provoke chaos.

They do objectively owe an apology because their title article stating eth devs think a split is inevitable was in no way justified, their excuse was in no way reasonable, and the evidence or facts were not even remotely there to proclaim any such opinion.

Moreover, it is difficult to excuse linking to scams, especially in the current climate where many twitter users are infested with the send me 0.1 eth, i’ll send you 10 eth, nonsense.

There are errors and then there are erros. And Rizzo himself should take responsibility for what is not just an error, but a complete failure.

There can be oversights, we all make mistakes. We here at trustnodes know better than most in these sort of aspects. Just as we know that although the Bitconnect scam ads might be excusable due to perhaps lack of control, the actual article itself linking to a scam is in no way excusable.

There can be time pressures, there can be aspects overlooked in ads, there can be minor misreporting. But taking no care whatever in the body of a non-time sensitive article which was presumably approved by Rizzo or an equivalent editor, does suggest, at the very least, completely irresponsible journalism.