“This stack defines the building blocks needed to drive the Web 3.0 era of decentralized, connective intelligence—the next generation of Enterprise Ethereum applications that, like the Internet, will work anywhere and are capable of facilitating smart contracts without intermediaries. The stack… incorporates components developed by the Ethereum Foundation.” 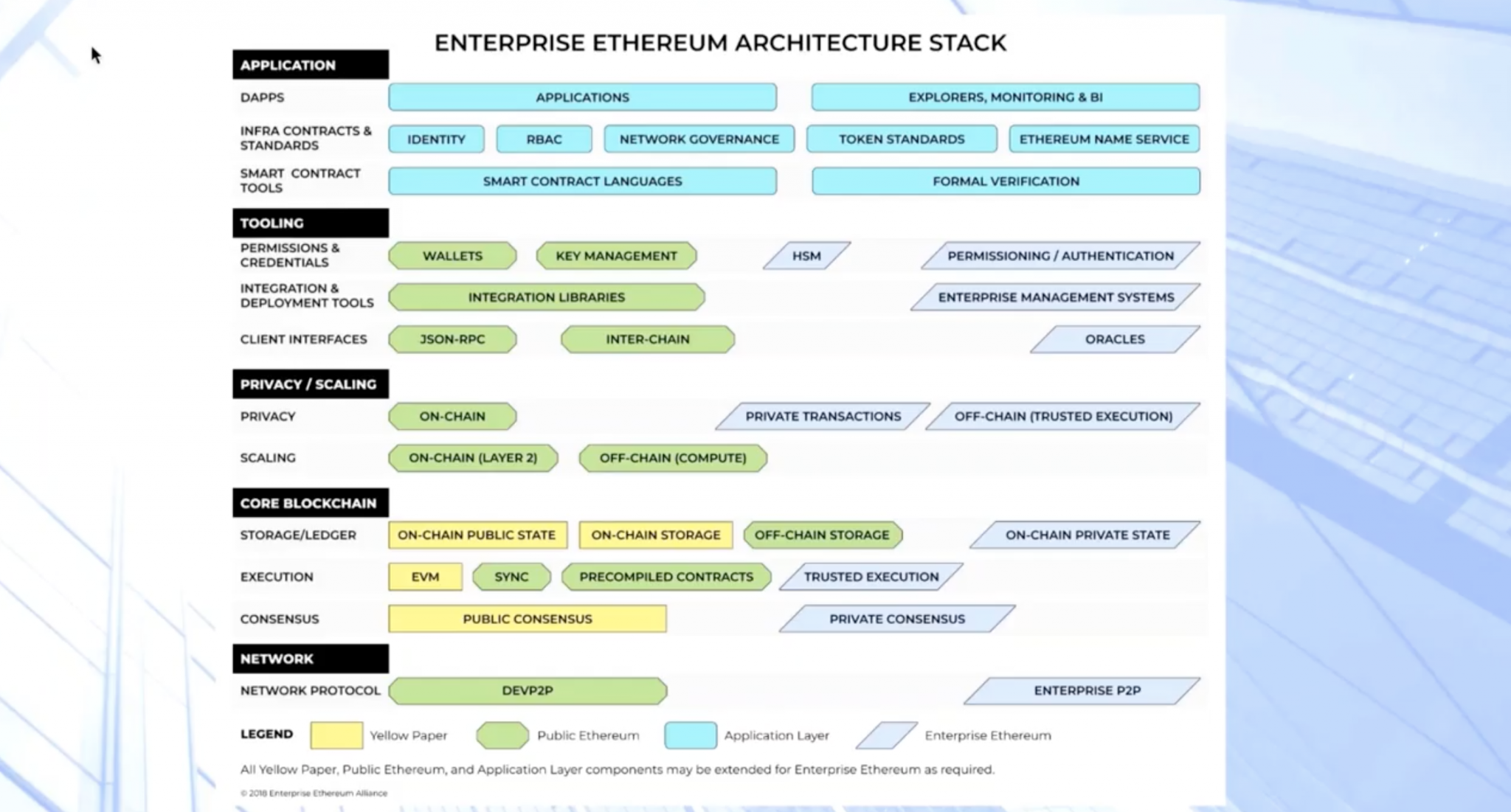 This is basically the core specifications for how one can somewhat easily build or work on enterprise ethereum blockchains.

“With the public release of the stack, the EEA is on its way to delivering a world-class standards-based specification for Enterprise Ethereum solutions with a TestNet and certification program to follow,” said the EEA Executive Director Ron Resnick before adding:

“The EEA’s standards-based approach enables enterprises to deliver a superior customer experience and create new and innovative solutions. Plus, having multiple vendors of choice will likely mean competition will drive down costs.”

The alliance is now made of 500 members and has 20 member-led EEA User and Technical Working Groups with the aim being the development of primarily ethereum based private blockchains.

“Until recently, developing an enterprise blockchain solution required organizations to build from the ground up either using their own enterprise-friendly implementation of Ethereum or other variations of a private-permissioned Enterprise Ethereum application.

The EEA’s Architecture Stack tackles these issues. In the near future, Ethereum developers will use the specification to write code that will enable interoperability, motivating enterprise customers to select EEA specification-based solutions over proprietary offerings.”

This is all open source, with a video providing an overview and the specifications themselves downloadable for free after registration.

This architectural stack servers to provide a base so that everyone is working on the same page. That means potentially connecting different private blockchains may be easier and it might also mean building to specification, rather than creating for-profit proprietary offers, might be more efficient.

That means the alliance can be seen as a “safe” environment to get a “feel” for what blockchains and smart contracts can do for enterprises, as well as a potentially “transitory” environment, so allowing them to be more comfortable with the potential use of public blockchains in the future.

Yet just as intranets are still in use, private blockchains will probably always have a role, but if public blockchains become just as dominant as the internet is to intranets, then the 500 members, which include many very big global brands, are seemingly betting on ethereum being that public blockchain, at least for industrial/enterprise uses.