Reddit Co-founder: “I’m Most Bullish About Ethereum” Predicts “Ethereum Will Be at $15,000” By Year End 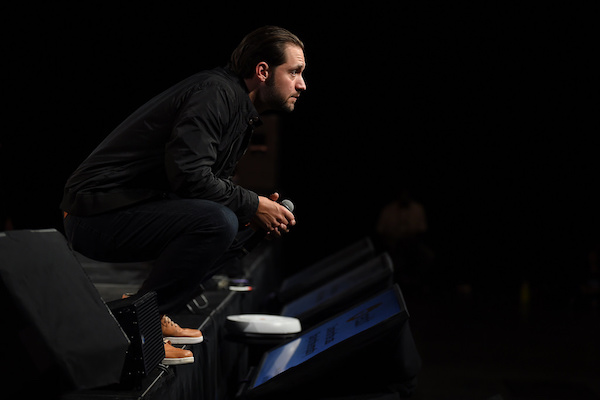 Alexis Ohanian, Reddit’s co-founder, has one upped Charles Noyes of Pantera Capital to predict ethereum will rise above a one trillion dollars market cap at a price of $15,000 per coin in just seven months.

The usual fine Fortune reporters failed to ask for his analysis. Why $15,000 and not the nice round number of $20,000 we would have asked, especially since that’s the highest price any crypto has reached.

But he did give some analysis in a wider context. And that wider context is ostensibly about blockchain or cryptos, but Ohanian couldn’t really talk about anything else than eth:

“Most of the really vital, protocol-level, basic infrastructure around software and blockchain will need to get built in the next year or two for us to really see the Web 3.0 we’re really hoping for.

He left Reddit to focus on Initialized Capital, a VC firm he co-founded. The reason? Because of what we’ll call the millennials’ dream:

“I was a kid in the 90s without much leverage when the first Internet was being built… as an investor, I get to have a front row seat to this new Internet.”

No one believed us when we talked of blockchain bringing back the 90s optimism, but here we are. People power take two.

“I’m most bullish about Ethereum simply because people are actually building on it. It’s still early days, but you know, we’ve got a few CryptoKitties,” he says.

The man who made headlines for changing a Redditor’s comment, says he has a theory about why cats are so popular on the internet:

“The reason cats are so popular on the Internet is because cat owners never got to associate or hang out with other cat owners doing cat-owner things. Until the Internet came along.”

Nothing to do with the fact they’re utterly cute and quite intelligent, but he says “the first version of so many things looks like a toy and often has something to do with cats. It’s because the Internet loves cats.”

So then cats will bring eth’s price up to $15,000 in months? Why not, their cuteness power is known to have broken eth once, so it’s the least they can do for the network.

We joke, but he of course does have a serious point there that eth has actual use. Its Turing complete capabilities have made Silicon Valley fall in love with the platform, and has seemingly made Ohanian very bullish:

Poor bitcoin. With that price ratio, the currency would fall to insignificance as far as mind share, not that in many ways it hasn’t. Hard to find a bitcoiner that doesn’t have some eth these days, or, really, anyone in Silicon Valley that is not obsessed with Solidity.