The ethereum network now handles some 800,000 transactions for a combined network fee of 515 eth, currently worth around $376,000.

While the bitcoin network currently handles only 230,000 transactions, and for that bitcoin miners charge a combined fee of 37 btc during the past 24 hours, currently worth $340,000.

Bitcoin Cash continues to have little demand for transactions, with its fees standing at just around $2,000. While litecoin finds a bit more use, but still insignificant in comparison at just around $5,000, with monero at around the same level.

Suggesting bitcoin and ethereum are really the only game in town, and within those two ethereum is clearly finding a lot more use than the decade old bitcoin.

While btc currently has space for only around 100,000 more transactions, ethereum can handle some 600,000 in its current state, and potentially a million more following recent small improvements.

That’s before sharding goes out which may allow it to handle 100 million more transactions in a very decentralized manner with validation and approval from some 16,000 eth nodes across the globe. 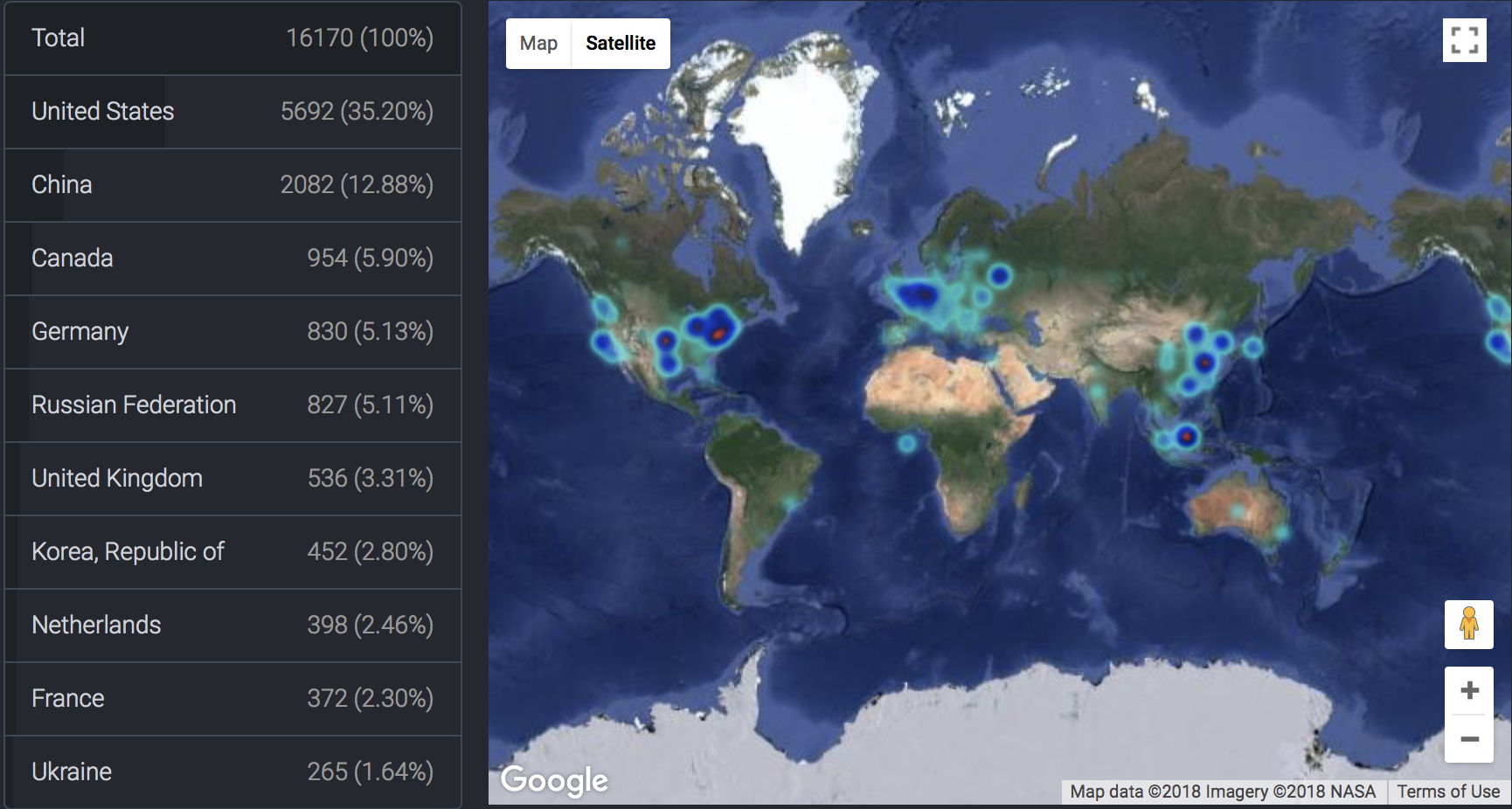 China interestingly stands second for the number of nodes, even though they have banned crypto trading. Suggesting either that the ban isn’t very real or that many want to run and have eth regardless of whether they can exchange it for fiat.

In regards to the latter they presumably would want them to play with tokenized digital cats, or decentralized twitter, or to render images through Gnosis, or indeed to reward the very fine trustnodes through Brave Browser.

With that utility thus facilitating the same amount of reward for miners in eth, as in bitcoin, showing that those who argued many transactions paying small fees can provide as much as, if not more, incentive than few transactions which pay huge fees, were very much right.

That point was highly contested during the big blocksize debate in bitcoin, which eventually led to a community split in 2017.

One of the main point of argument was whether fees would be sufficient to provide for security once the bitcoin block reward runs out technically never but practically in a century or so.

Others, however, who in the end prevailed in bitcoin, said capacity needs to be limited to 1MB or 300,000 transactions, so that fees rise due to the creation of artificial capacity supply.

That briefly raised bitcoin’s miner fees to as high as $70 per transaction, but that was very much short lived, with fees coming down, yet they remain at 72 cent per transaction in bitcoin at the time of writing.

In eth, current fees are a lot lower, at just 3 cent per transaction, yet they still provide a combined reward at a higher level than bitcoin during the past 24 hours and thats at only 4x the transaction numbers.

Once sharding goes out and if demand ever reaches 100 million transactions, then at a fee of 3 cent, block rewards from fees alone would be some $32 million per day.

In that foreseeable future world, if bitcoin too has demand for 100 million transactions, then its on-chain fees would rise to $1,000 or maybe even $10,000 per transaction. That’s while transactions occur on the less secure Lightning Network (LN) which easily allows for double spending by replaying old transactions.

So suggesting that, as has been the case throughout, the big blockers were quite right. But ethereum is taking a more inclusive approach, by implementing a version of the Lightning Network called Plasma, developed by the co-author of LN, as well as parallelization of nodes through on-chain scaling and far too many other scaling protocols/designs in the works.

Which means we might soon have a fully scalable public blockchain, that can handle all the demand, in a decentralized manner, at just 3 cent per transaction.