People are a lot more interested in ethereum than Microsoft’s former CEO and once the richest man, Bill Gates, or the so called saga, Warren Buffet, according to google trends.

Even though google searches for ethereum have fallen by some 75%, now beginning to rise again, people are still a lot more interested in eth than JP Morgan or even the New York Stock Exchange.

Interestingly, one of the only few places where people care more about one of the others than eth is Iran, which for some reason is big on Bill Gates.

In other places where eth doesn’t prevail, it is a pretty close call, but most of the big countries, like China and Russia, as well much of the developed world, cares considerably more about eth than Gates, his buddy Buffett, or the lot. 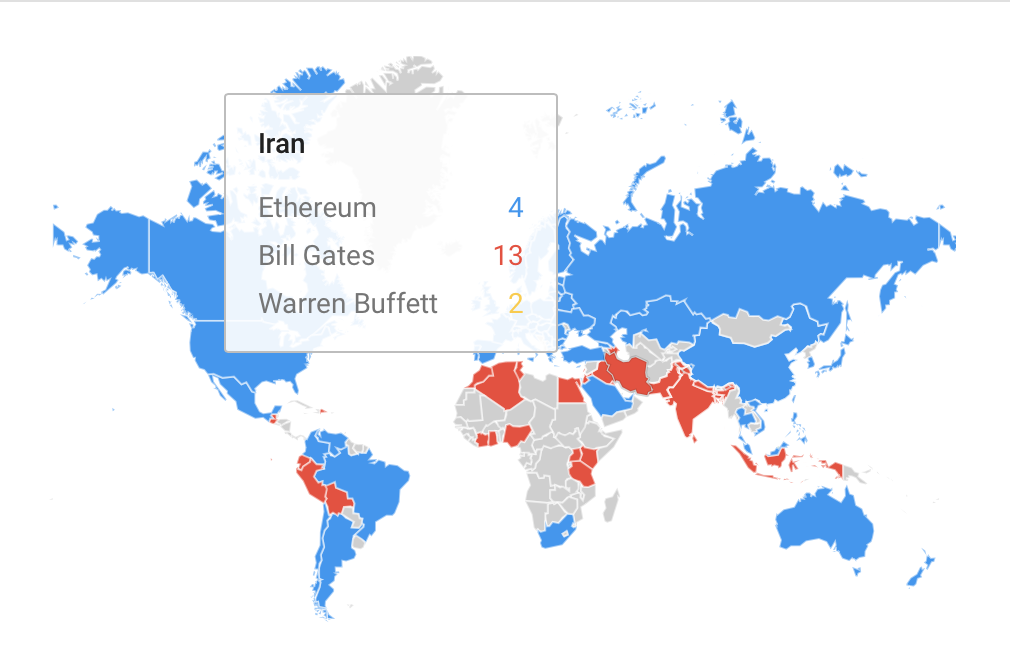 When we go into bitcoin, that thing is more popular than even lambos. Elon Musk stands no chance. Nor his Tesla. The likes of Gates and Buffett do not even measure.

People care more about bitcoin than even stocks, or the paper of record, the New York Times, which today has bitcoin on its front page. 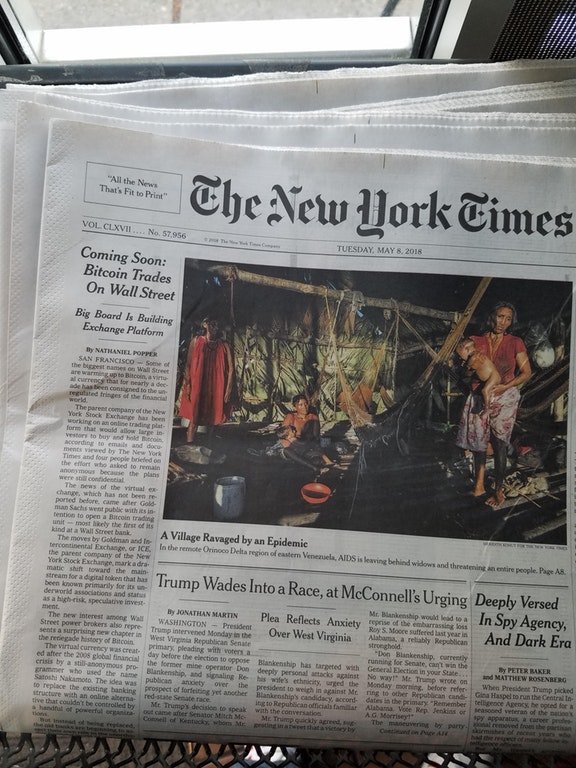 Interestingly, one of the few places where they care about something else more than bitcoin is China. For some reason, they really like NYT. While Iran is dreaming of lambos there in yellow. 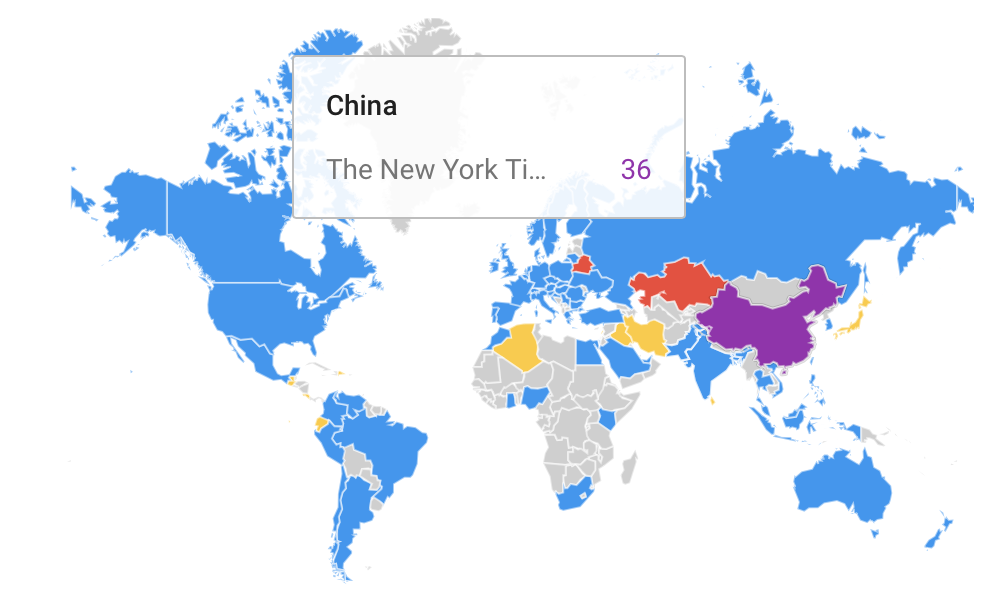 Much of the rest however is swimming in blue, showing no care whatever about these old men who say this and that to keep you buying their stocks and add to their billions as if they don’t have plenty of them already.

They have so much in fact Jeff Bezos of Amazon says he doesn’t even know what to do with it, and instead of that comment being met with outrage, it is met with complete silence.

Not one word from the many paper commentators, not one. Not least probably because all these billionaires own all these papers and want us to keep giving them money by buying their rubbish stocks.

How about, Bezos, how about paying your 500,000 employees a bit more. The people have not seen a wage rise since the 70s, and then you turn around and tell them you have so much, mostly due to their efforts, that you don’t even know what to do with it?

Not that they care about what any of these super greedy old men say. Cryptos are way more popular than all of them combined. And they are popular because they are by the people, for the people.

Not by wage slaves, for Bezos’ $100 billion, who keeps hoarding it, instead of giving the workers some of it to pay for shoes for their children.

The people could not even invest in Amazon when it was a new start-up with stupendous potential for growth. That’s because we are in a kleptocracy, rule by the rich for their own benefit at the expense of others. The discriminatory Securities Act prime example.

So the rich get richer and richer, and then want to get even more rich (despite not even knowing what to do with all that money) by telling us to buy their stupid stocks of which they hold the vast majority by far.

And then they call it even worse names. Well let us call them one name: thieves. It is nothing but theft to have wages not rise for more than half a century when a handful of people hoard trillions and then try to manipulate us all to give them even more money by forcing us to invest in outdated and even barbaric stocks which have had their best days pass long ago, when they were start-ups or medium sized companies, and yet at which point we couldn’t participate because they’ve shut the gate.

Well, a genius has now opened that door. Shut this one, old men. Innovation always rises to address injustice. And here we have a rising star as the data clearly shows.