Dapps,Ethereum,News,Smart Contracts,Tech,Web 3.0 More Than $7 Million Has Been Spent on Eth Dapps in the Past 24 Hours – Trustnodes

Some 10,749 eth, currently worth $7.5 million, has been transacting in over 500 currently live ethereum dapps in the past 24 hours according to DappInsights.

In total some 11,000 active users (daily active users, DAU) have made 49,000 transactions consuming more than 14 million ethereum gas, all since just yesterday and on a weekend.

The above is just some of the dapps, and while decentralized exchanges are finding considerable use, as well as things like the Ethereum Name Service (ENS), a new silly thing is afoot.

Games, competitive games, with money, which you most probably will lose but might gain. So here at babynodes, forgetting completely just how quickly we can get addicted, we’ve been trying some.

And we’ve been losing money right, left and centre in miners’ fees for science, of course, not because we’re now a bit addicted as we are hoping maybe we make a penny.

Yesterday we covered some of these silly things. Shrimps? We’re still playing that one. And so our fine Sunday has turned into silly maths that goes something like if we hatch 10,000 shrimps, we get 400 more eggs an hour, giving us 4,000 shrimps in ten hours, which once hatched will add 150 more eggs to production and so on in compound mess.

The problem is we’ve now fallen into a maze because one naturally asks well what else can I pay fees to while waiting for these eggs to hatch, and of course we did not have to try hard to find more game dapps. 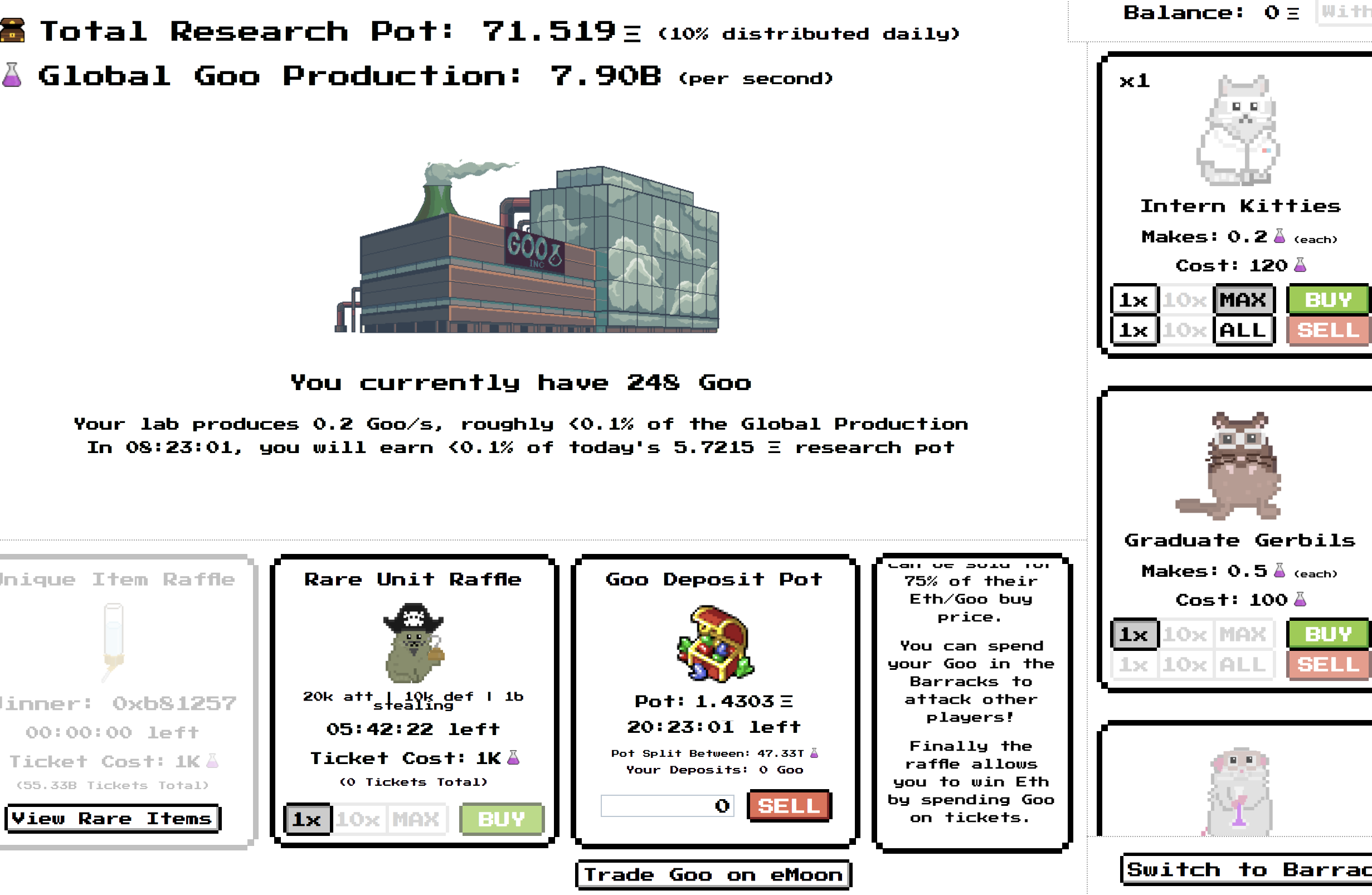 No idea whatever what this is. They give you 0.2 science for free, then after you wait a bit you can buy more silly online cartoons that give you more science goo, then presumably you eventually get some eth after paying all those fees.

Obviously it’s silly, but wants more points now plas. And then browsing around, there’s some actually games, games. We dared touch not those, so tempted, but we know how these things can take a week or a month of one’s attention very easily.

So when decentraland said they want our e-mail address, we were way relieved there was a barrier there because we are way too lazy to cross it. 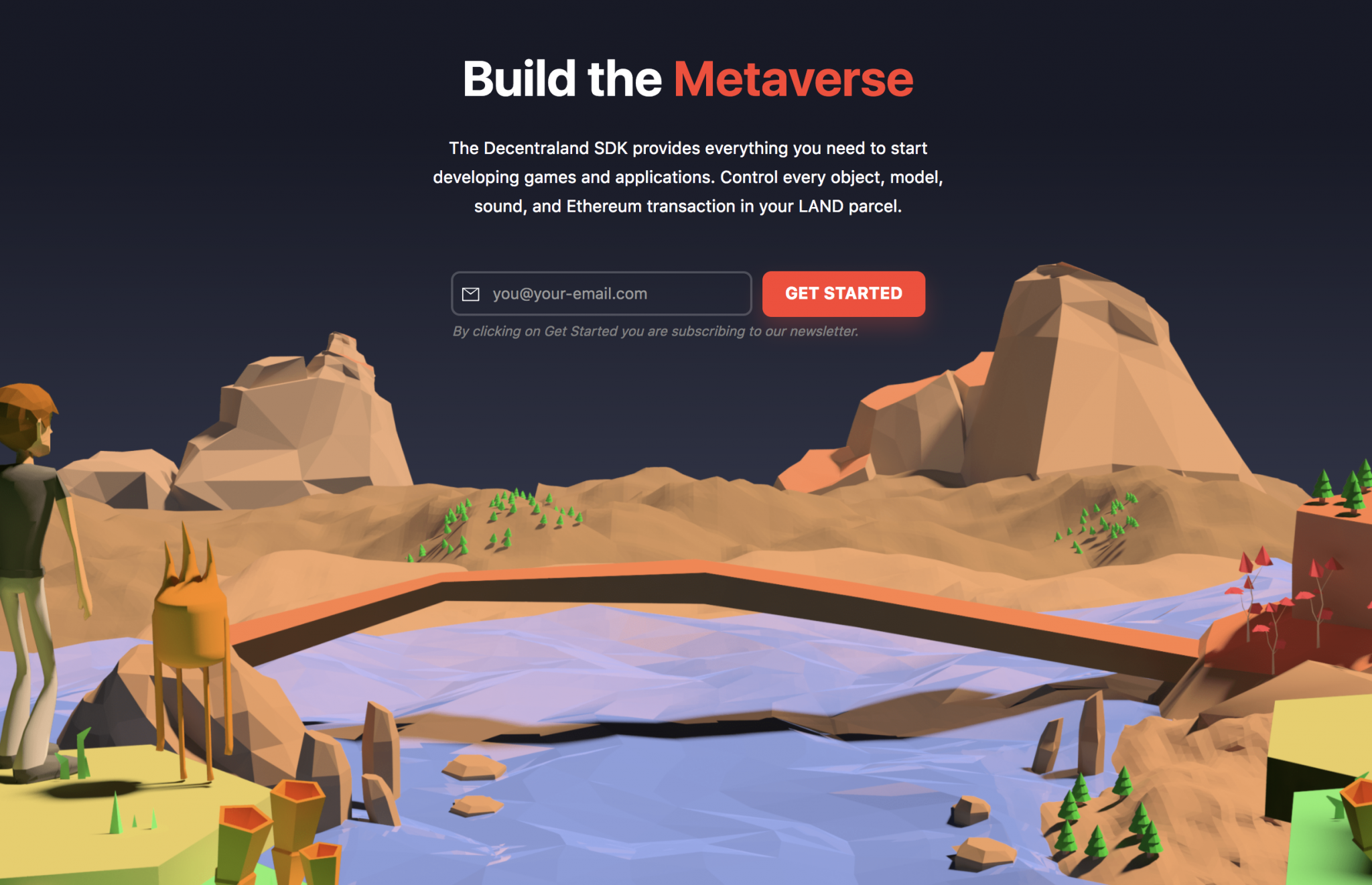 Does look tempting though, but we’d rather build the news than some virtual world thing where apparently you can “go to a casino, watch live music, attend a workshop, shop with friends, start a business, test drive a car, visit an underwater resort, and much, much more.”

What the… what did he just say? No idea. Marketingspeak? Who knows. You don’t want to find out, you’ll never come out, thank the gods there’s an e-mail address.

That was our thought when coming across it, so we went to Ethermons. Now this one we didn’t get at all. They gave us a free pokemon or ethermon, but that “free” cost us some $5 of precious test-run eth. Could have had some nice launch for that!

Thing is once we got it we had no clue whatever what to do, it’s just sitting there, so we’ve left it to hang out in the ether tubes (they have a tutorial, but yeah sure like we gone tutorial).

We’re obviously far from the only ones to feel once again like we are browsing the ’95 internet by randomly finding pretty silly things with some gems hidden here and there.

Tokens are now finding significant use as shown by the activity ranking of dapp board, which some see as the new CoinMarketCap.

And that’s before all those projects that raised billions last year go to market, with this now potentially having an exponential growth curve if ethereum’s capacity allows it:

That makes the current stage a bit awkward for there is quite a bit of fun to be had, but on the other hand it is sort of dial-up fun.

It is the first ms-paint application, or the silly games computers came with if anyone can remember. The card shuffling thing which undoubtedly many millennials played when the internet went down.

As it used to quite often, and still does now and then but more rarely. For blockchains, however, in the next 5 or 10 years it won’t be so rare.

Yet they are now, and they will continue to be, usable. They can now give us a taste of this new world, and smart kids across the globe are very much playing around with it, coming up with all sorts of things.

Making this quite a unique time, the best of times, as the roaring 20s nears, and the optimistic 90s rhymes.