Argentina, the country of high inflation, recent national bankruptcy, lovely sunshine and even lovelier beaches, was host to 300 ethereum developers who participated in the firs EthGlobal Hackathon.

Some $50,000 was up for grabs in prizes, but a lot more was to be won, including name and perhaps fame, skills, and maybe friends. 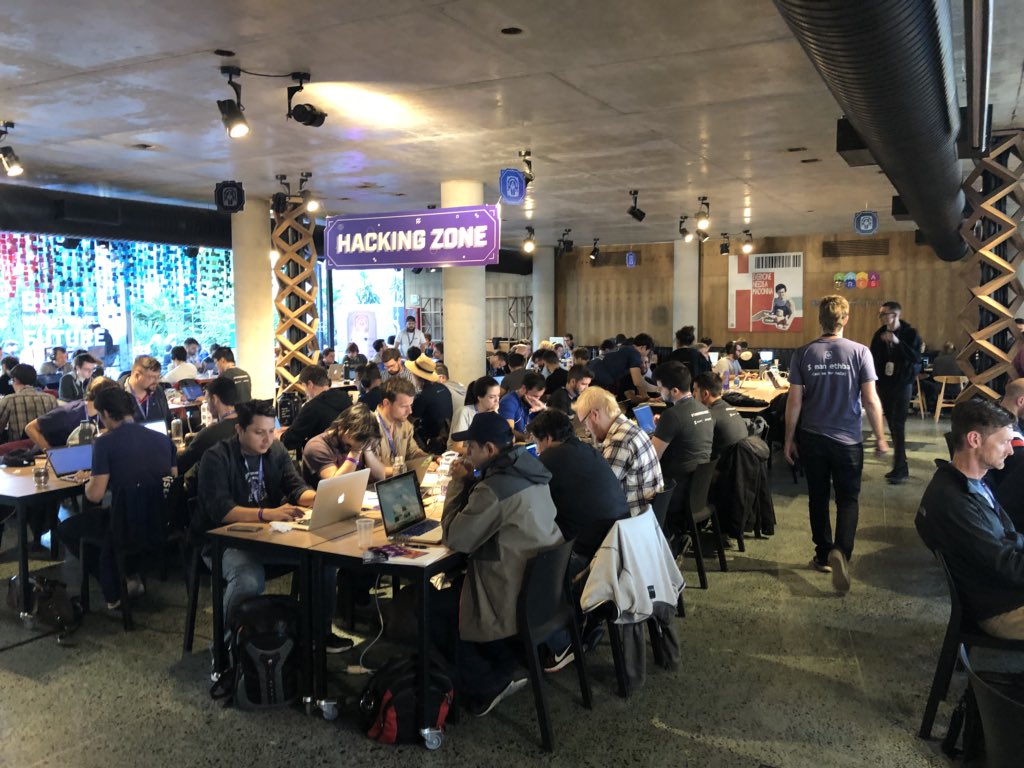 General public reaction from participants has been upbeat, perhaps even rejuvenating, with many enjoying the experience of the ETHBuenosAires hackathon.

They apparently had women, that rare species which doesn’t find itself on the internet but somehow made its way to the ethereum hackathon in Buenos Aires.

“A quite important aspect we’ve noticed in this particular hackathon, is how many women are buidling, organising, volunteering, sponsoring and basically re-enforcing the message that diversity in this ecosystem is happening and we’re making progress,” say the organizers.

It’s as if permissionless innovation is open to all, but we’ll have to go some way in addressing discrimination against fridges. Thankfully, however, no one knows they’re a table on the blockchain.

Not if Andre Brener has a say in any event. He and his team have developed what on the surface looks so simple, but underneath must be pretty complex.

In a demo they show how your app can communicate with an NFC Raspberry Pi to establish whether one can or can not have access to… well it’s not a fridge in the demo but it may well be a fridge.

He first shows access denied because the ethereum blockchain had not given permission, but then he makes the payment and wala, you can now have the milk or whatever you wanted from the fridge or car or as it may well be the pub or concert or hotel or…

Off to the cave age. Monkey see, monkey do, on ethereum’s blockchain. That’s sort of the project of one of the winners, skills as memes (or the other way around).

This token can be minted in the process of learning, however it can’t be traded as it becomes a part of a personality. Learning a new skill expands memepool, the same way learning English allowed me to learn about Ethereum.

It can occur for free or for particular amount of ERC20/ERC721 tokens defined by a linear or a bonded curve,” they say. 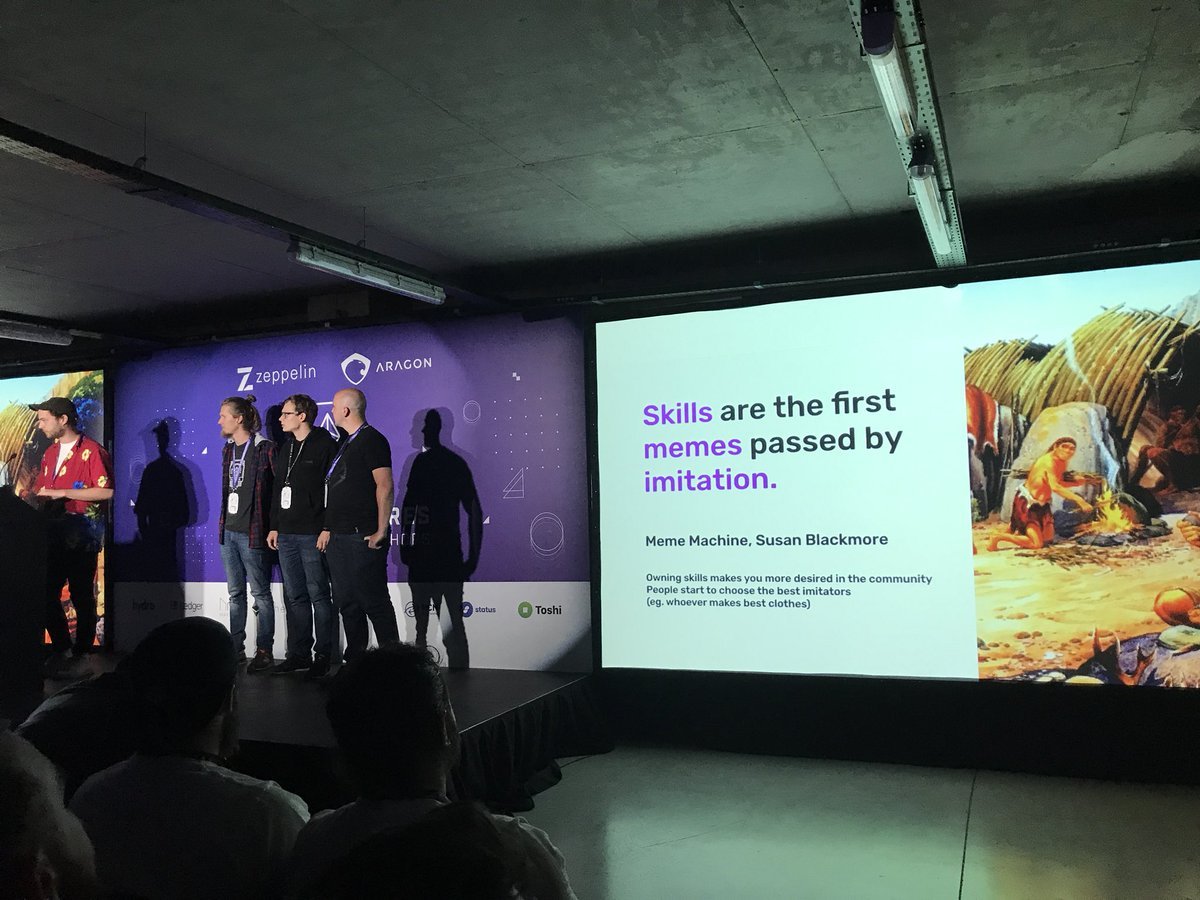 Crypto Cards against humanity is another winner. A game where you have a black card with a sentence that has one blank word for your to fill, then you have white cards to provide the answer with the wittiest one so selected.

“Cards are created and curated completely by users. Black Cards are curated on a Token Curated Registry by incentivized token holders for Not Safe for Conference Coin Token.

Anyone can submit a Black Card to the Registry. White cards can be created using a Factory Contract. When created, they have an associated Bonding Curve contract.

Far above our pay grade to make any sense of it on this bank holiday, but they’re kind enough to detail much of it. The thing apparently has some cryptoeconomics, and it is all live. 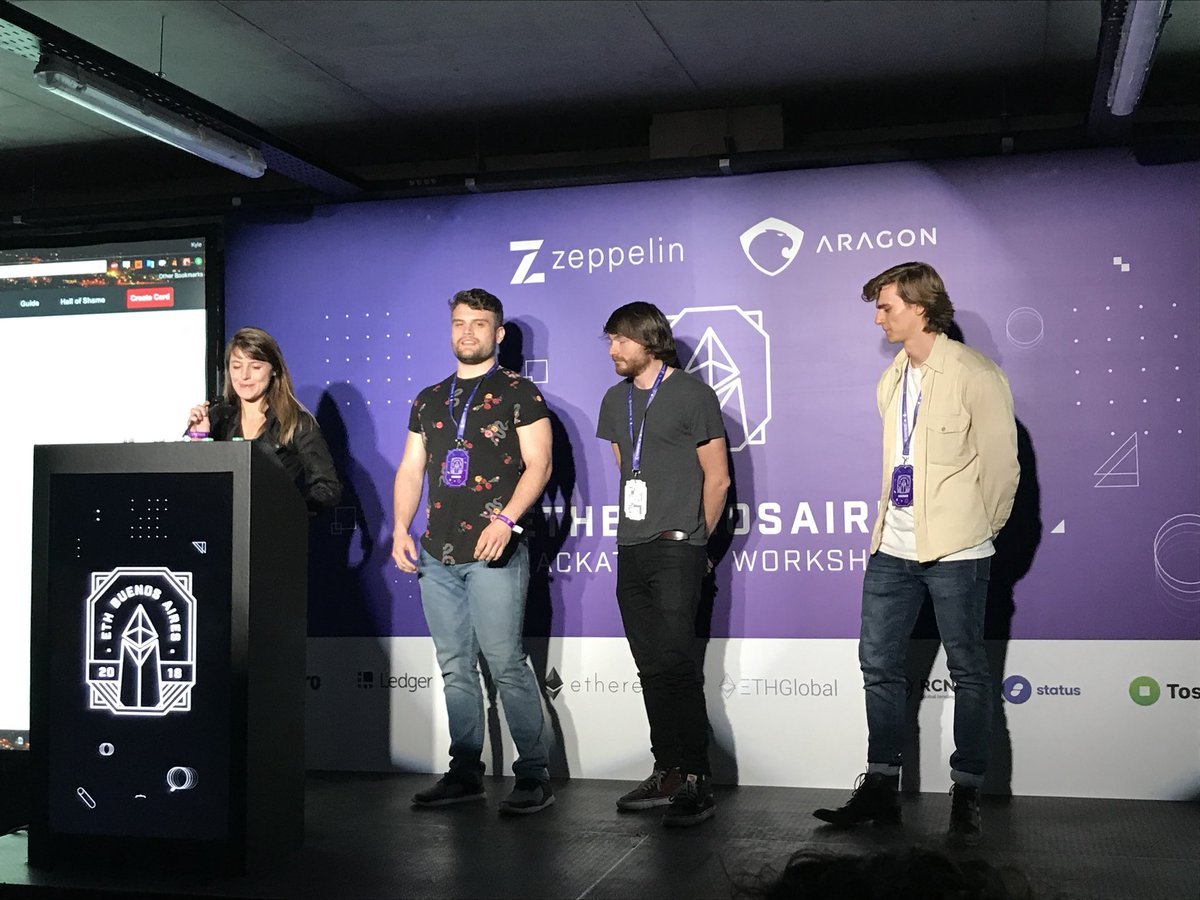 Yet not all is fun and game (although that’s how we learn). A team from Venezuela used the hackathon to solve a very first world problem for us here, but a more existential problem in Venezuela or any country in crisis.

You all have heard of EatBCH. A number of cryptonians, particularly in Bitcoin Cash, tried to engage in some humanitarian aid of their own by tipping some amounts to Venezuelans online.

The problem is that able and healthy men or women, or more likely silly kids, may pretend they are Venezuelan, so furnishing themselves with a nice sob story to get some free muneh. That’s the problem the Venezuelan team tries to address, they say:

“We provide onboarding for Venezuelans into two different claims registries at once: the uPort self-sovereign identity system, and a Venezuela jurisdiction that follows the Transaction Permission Layer protocol.

Any service can use these protocols to ask whether a potential user is Venezuelan, and thus eligible for a conditional cash transfer.” 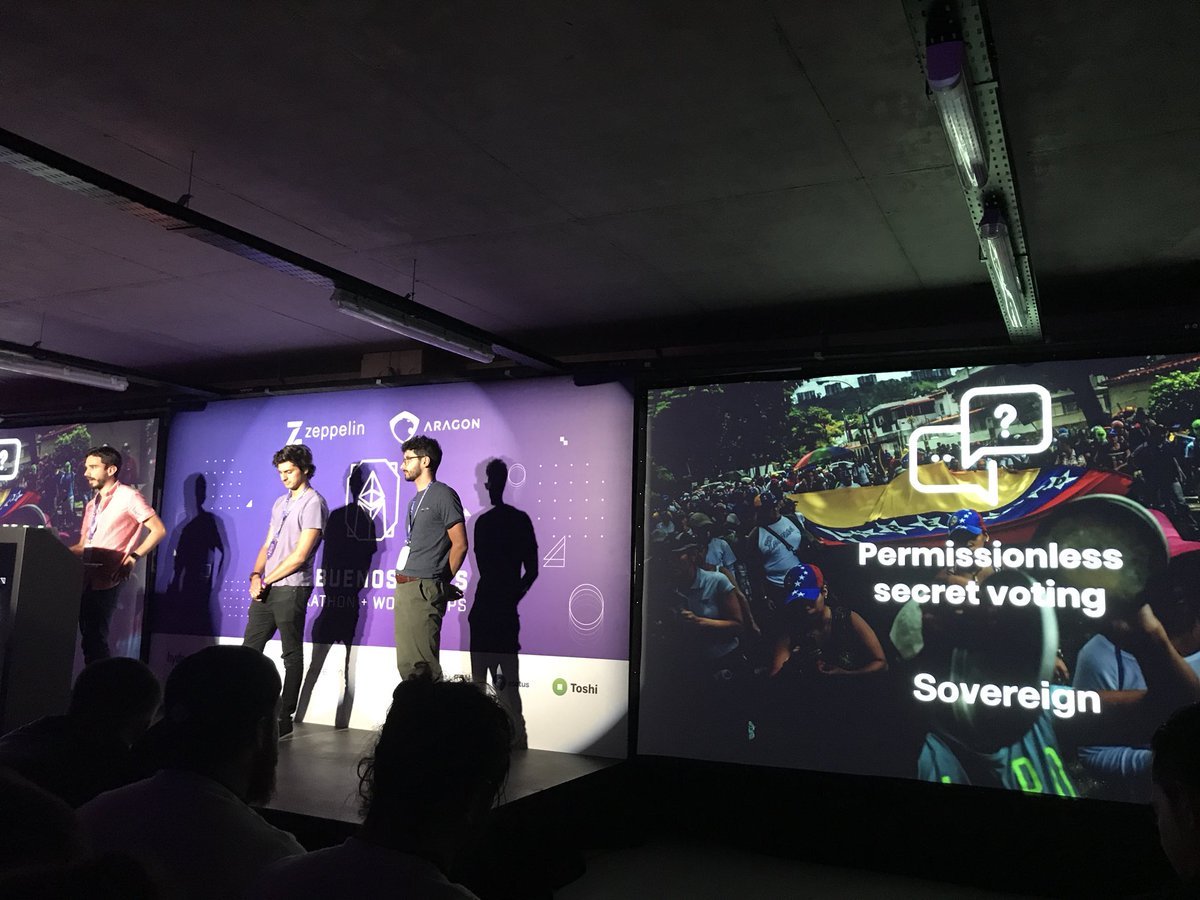 Another big problem, apparently, is how to flush tokens. You’d think you can just sell it or ignore it, but geeks being geeks they want a “clean” solution. So Lane Retting, a judge in the panel, says of the project:

“Token Toilet lets you flush unwanted, garbage tokens down the drain and lets people buy grab bags of flushed tokens for 5 DAI which goes to charity.”

It’s an interesting idea in a way. Cleaning the ether (see what we did there) of all these useless tokens and feeling charity good in the process too.

And the final winer is… Blue Diamonds, which has nothing to do with diamonds if we’ve made any sense of it. It is instead an easier way to have raffles, or lotteries, for fundraising like during Christmas to help the homeless. They say:

“There are two major users flows to consider. The “fundraiser” and the “player”. To get started, the fundraiser fills in a few essential details, starting with the title of the raffle, the organization name, and logo…

Next, the fundraiser selects the asset from their Toshi wallet to raffle it off.

They can then insert their sales pitch in the description, and set the parameters for the raffle such as duration, price per ticket, tickets in circulation, and a minimum threshold to cancel the raffle in case not enough tickets are sold.

These parameters are entered into the Aragon DAO, then executed when the the raffle ends.”

Simple, but although we’ve gone to solidity school, we have no clue whatever where to begin coding all that and make it all be on the blockchain. 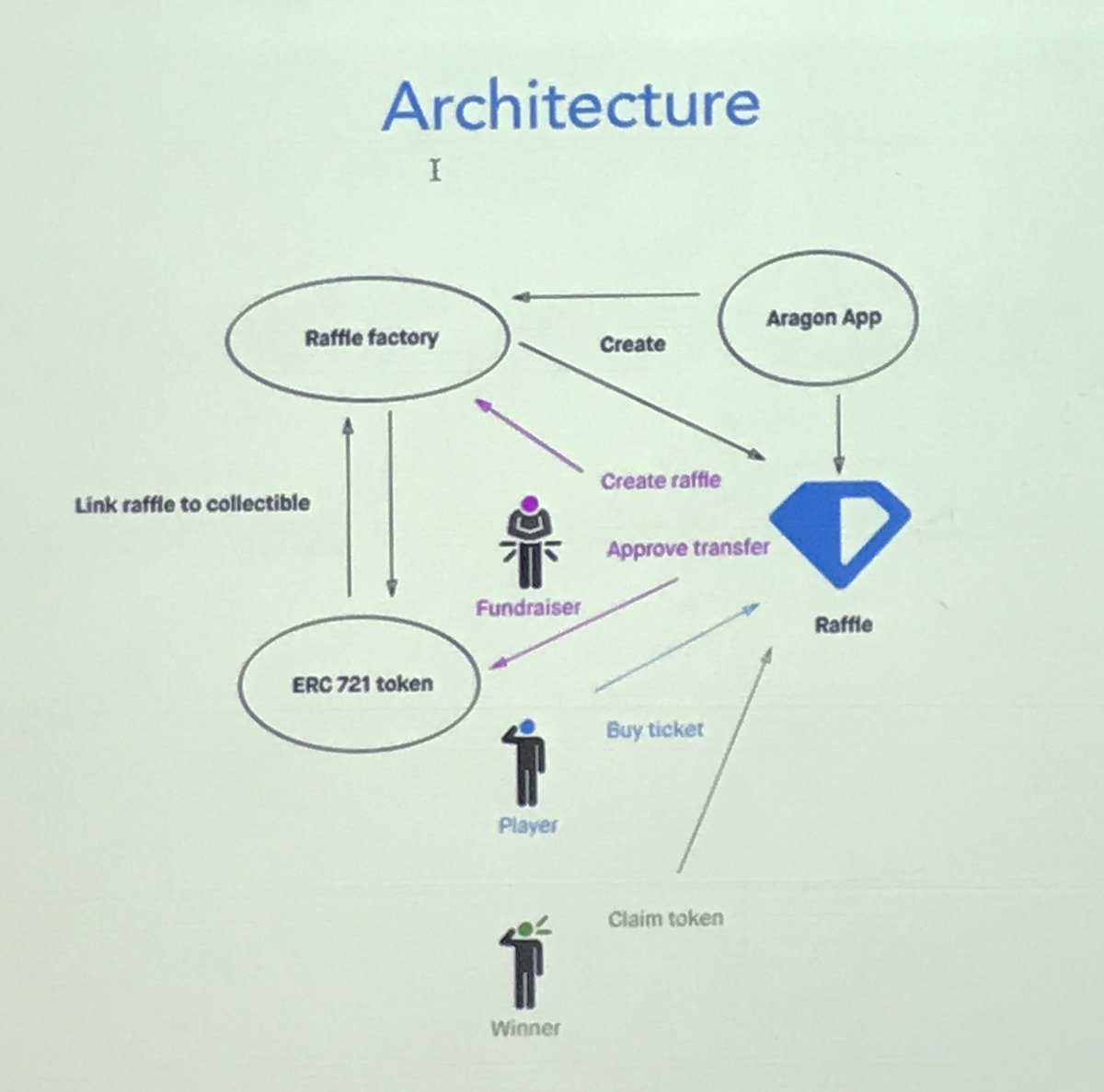 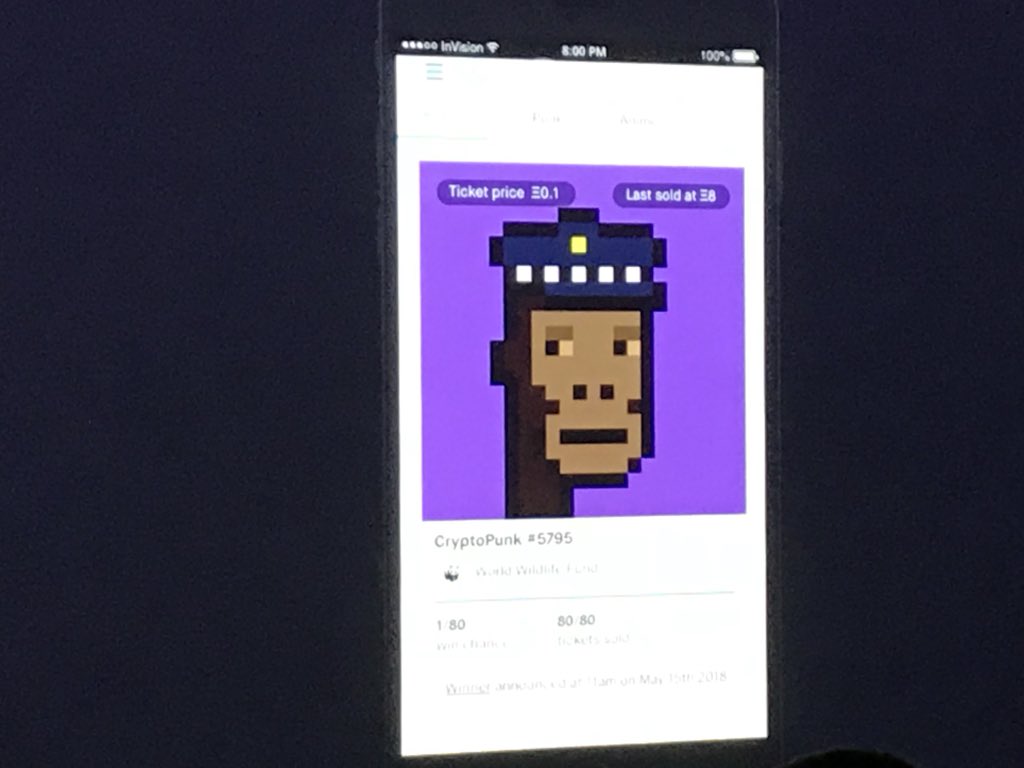 All of the above projects were given numerous prizes. There is hot competition for eth devs as you might imagine, not least by ethereum start-ups.

So they get some swag, because the swag can sometime compete with even actual money in impact, and MakerDAO clearly has some wit on that end:

It’s not the destination, but the journey, people sometime say. And as you get older that becomes more true by the day.

The things you see, the people you meet, the hopes and dreams, even the dipping, the present and the here (as long as the soon-ish is healthy). 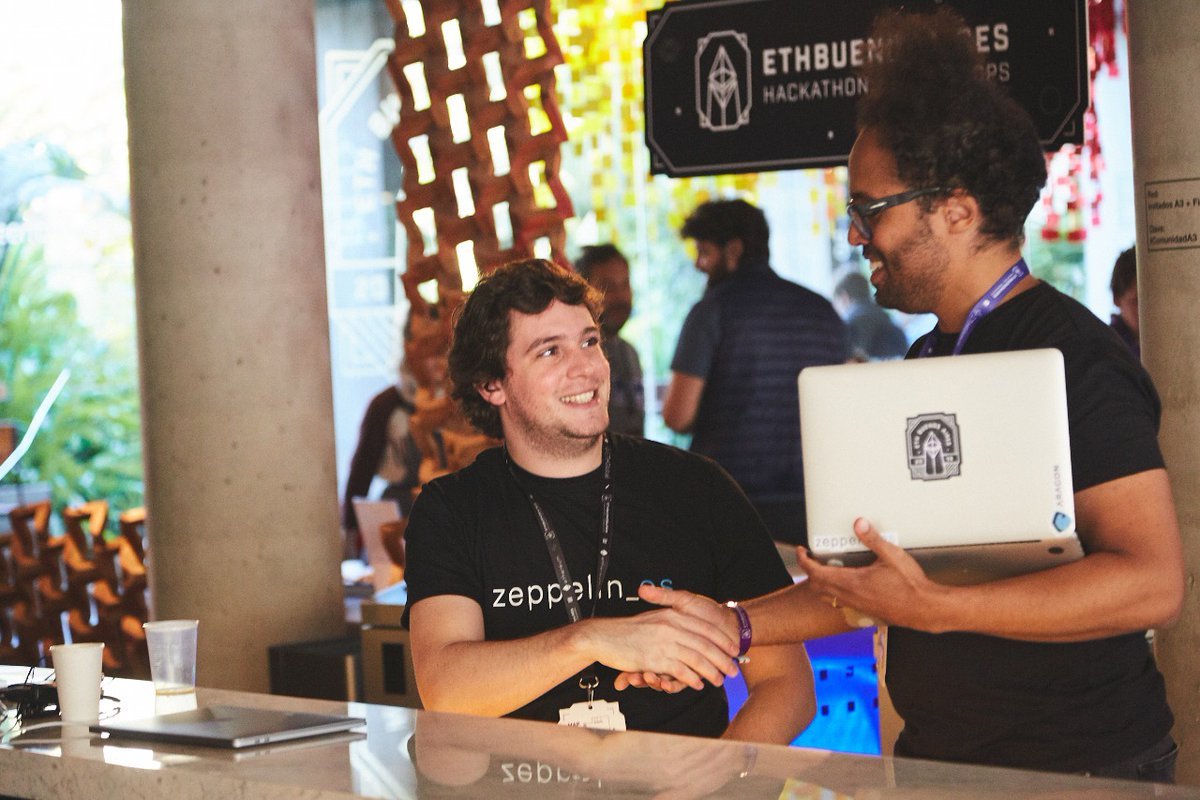 When all is said and done, what may be left might not even be a memory, but our genes should know what was, and so evolve, in the quest to beat entropy. 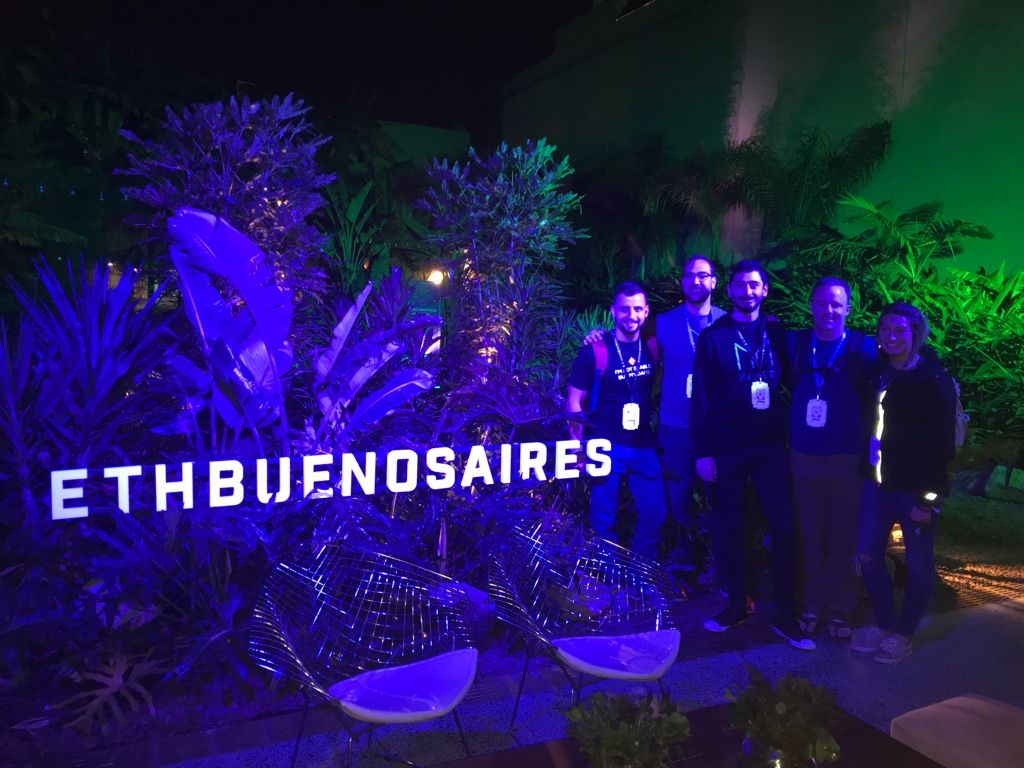 There will be a lot more like events. In Berlinas, Singapore, and far too many other places to mention. For ethereum has gone global, in the physical space as well as the digital realm.