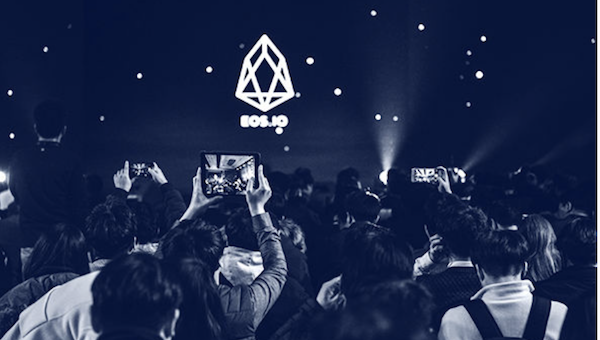 Following consensus across six independent snapshots verifying the state of EOS ownership, data crunching has revealed only 10 addresses hold 496,735,539 EOS tokens or 49.67% of all one billion EOS tokens.

Some 100 million of that is held by Block.one, the company behind EOS’s ICO and the first code version of the protocol. That gives them, on top of the $4 billion worth of eth they have raised, another $1.5 billion in EOS tokens.

The other nine top ten holders are difficult to discern, but we can say the least amount held by any one of them is 20,675,047.08. The other eight addresses hold 380 million.

One such other address has 75 million EOS, translating to around $1 billion. Some quick browsing shows them linked to two other addresses. One with 13 million EOS ($200 million) and the poorest out of the top ten with the 20.6 million ($308 million).

This could be the cold wallet of an exchange, but if it is, the set-up looks slightly strange. It is very unlikely to be a hot wallet, and it may well also be the owner of the 20.6 million address.

The top ten, therefore, may be even less than ten individuals/entities, although in this specific case the two/three addresses might be an interaction between different exchanges.

Bithumb, OKEx, Huobi, Upbit, Bitfinex, Binance and Block.one, would be our guess for 7 out of the top 10 holders based on the current ranking of top exchanges by trading volumes for EOS, which have in combination handled $2.5 billion in the past 24 hours.

CoinMarketCap shows only 50 exchanges that handled more than $1 million in EOS trading volumes during the past 24 hours. Much of it is counting the same exchange under different trading pairs. Bitfinex, for example, is listed 5 times. We can count around 25 unique exchanges with trading volumes above $1 million.

We can therefore be fairly sure that at least 75 of the top 100 addresses are not exchanges, all of them so holding part of 250 million EOS tokens.

Individuals can of course have more than one address, so that number does not reflect the number of actual holders, but on the other hand individuals may never touch the blockchain by only using exchanges, so it may be an underestimate.

This data is somewhat interesting in itself because it tells us plenty, but for EOS it is more than just interesting.

That’s the case as in EOS consensus is decided by token holders’ votes, and not votes just in extraordinary Slock.it DAO events, but votes in effectively all events through the selection of Block Producers who are voted in or out and while elected can confiscate your address, smart contract, dapp, or really do anything they want under the fear of being voted out.

One such block producer candidate is Bitfinex. We are estimating/guessing, so we may be wrong, but from this quick analysis we’d say they control at least 100 million EOS, or 10% of all votes.

In a shareholders’ vote, 10% can be pretty decisive as it is often difficult to incentivize people to vote because they might not care at all or they might not be aware.

Just as an example, ethereum made a fairly big decision based on just 4% of total token holders voting after a week long, very well publicized, “campaign.”

If Bitfinex thus misbehaves (if it is elected) and you want to vote them out, you’d have to exert a significant amount of resources.

You’d think they won’t misbehave during the honeymoon period, and may well say a lot of nice things, but once summer gives way to winter, they may well claim people are entrusting them, by hosting their coins on their exchange, to vote on their behalf.

In that situation, and considering they appear to have some close relationship with Block.one – which has another 10% of the votes and selected Bitfinex as the exchange of choice to sell hundreds of millions worth of eth – even if all addresses not in the top 1,000 got together, they would still not be able to vote them out.

Still, Bitfinex is one block producer among 20 others, with 21 in total. Yet, they are already colluding. EOS is currently going through its launch process which is meant to happen in a decentralized way, but some insiders have apparently agreed there will be only one chain launched. EOS New York says:

“EOS Force is backed by BCH investors or [sic] some wild rumor and claims to have been blessed by Dan Larimer. EvolutionOS is very literally a separate project from the EOS mainnet.

Ghostbusters and BIOS were just launch groups, not competing mainnets. They’ve since come to agreement and we know this for a fact. There is only one mainnet launch happening.”

They know this for a fact. Which means we can suggest, albeit not for a fact as we do not actually know, that EOS New York may well be just a front for Block.one.

They apparently are trying to establish authority, and have seemingly already descended into “no, you” type of things by calling what may be a competitor, EOS Force, as some implied tainted scheme by BCH investors. On its part, EOS force, referring to themselves in the third person, says:

“EOS Force said that they will start the global public test of EOS mainnet on June 3. They promise not to launch the mainnet until they can ensure its safety and stablity, also they condemn some block producers for nelecting [sic] users’ assets safety, in the name of ‘One world, One Miannet’ and pushing ahead the mainnet launching.”

They are condemning one another already, before the thing has even launched, without even a honeymoon. June the 3rd is today, however. We haven’t seen any chain launched and the centralized website where all the voting is meant to happen doesn’t show any running chain.

That’s because they have just completed the snapshot part. Now they need to do some testing for the next 48 hours and if all goes well they start the voting, otherwise it is held off until any bugs found are addressed.

Which suggests EOS Force may be out of loop. That in itself suggests “insiders” are already colluding. That’s before the thing is even out. When push comes to shove thus, ordinary men and women (including start-ups or potentially global brands) stand no chance to hold them accountable by voting them out as in combination they barley hold 10% of the votes.

Even if we assume the top ten holders do not abuse their 50%, you are still left with a monumental task of persuading others, who may not care one bit, that their seizing of your money or smart contract address under one pretext or another is unjust and should be reverted.

And if you have to go through all that endeavor, while having no court to address but that of token holders, most of whom are probably the ones you are trying to appeal against, then what’s the point of all this?

If history depends on the whims of Bitfinex, or some corrupt block producer, who like corrupt land registry officials in developing countries give away home ownership, then where the improvement?

Nowhere, because if we wanted thousands of transactions a second under a ledger no one can be certain of, we can easily set-up a permissioned system, and at least have some accountability. Achieving that scale while being certain of history, however, is the game, and there, EOS is not playing.