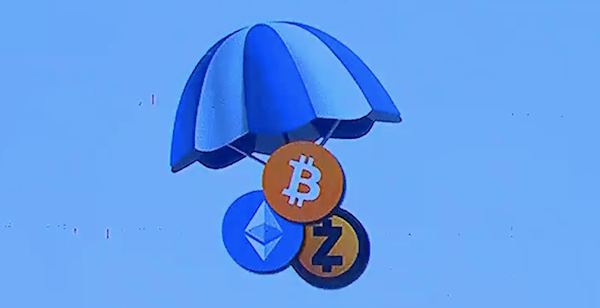 Those who wrote the Securities Act 1933 are very clever, Chairman of the Securities and Exchanges Commission, Jay Clayton, said at one of the senate hearings.

Those entrepreneurs who create value are even smarter as they come up with a very clever idea to in effect potentially make securities laws irrelevant.

Prior to a pretty historic day for this space, August the 1st 2017, when some bitcoiners forked to a new currency and network, the dominant narrative was that the new coins were free money, an airdrop, given to all bitcoin holders.

On August the 1st, anyone who had bitcoin received the same amount of BCH for completely free, without any condition whatever.

That magnetic pull of “free” gave us some of the most exciting period soon after August the 1st when BTC and BCH saw some incredible volatility. Then they both marched to great new heights culminating in December 2017.

Unknown at the time and still very much at a nascent stage, few thought this event would potentially lead to a new business model. There were plenty who tried to capitalize and in effect copy BCH, but what is more interesting is how airdrops can create a new method to fund a business, start-up, non-profit, or indeed whatever you like.

The idea is very simple. You use some template from OpenZeppelin to create a token, you take a snapshot of ethereum’s blockchain, and then you just give all these eth holders x amounts of your tokens for completely free.

Of course you keep some of it for yourself, perhaps 20% of all tokens. If others think your project has value, they buy your token, speculation kicks in based on the usual market analysis, and now you’ve effectively raised some money since those 20% of tokens may well have some value.

But is this method of fundraising a securities offering? For that we’d have to go to the landmark case which defines investment contract as:

“A contract, transaction or scheme whereby a person invests his money in a common enterprise and is led to expect profits solely from the efforts of the promoter or a third party.”

Since the tokens are given out for free, there clearly is no investment of money initially. An airdrop, therefore, can not start out as a security, unlike arguably an Initial Coin Offering (ICO) where tokens are given in exchange for money rather than for free.

A classification as a security, therefore, fails at the first hurdle, but the token would hopefully be given a market and once there is a market SEC could say people are investing money.

However, are they investing in a common enterprise, or are they speculating like they do with gold on whether price would fall or rise? Are they even investing at all, or do they want the token to use it for something?

Led to expect profits from the efforts of other is more of a qualifier of the first two because on its own it can apply to everything, but one way to measure this is whether there is a pooling of money. Since the tokens are distributed to 35 million ethereum addresses, then there obviously is no pooling of money.

In an ICO where there is no working product SEC can have some ground to say people are giving say $100 million, straight away, to some team, and all they get back is a promise that the team will deliver.

Since a promise is involved here, there arguably needs to be some sort of accountability, especially for sums above $20 million, while below that amount they are arguably excluded by the crowdfunding act.

In an airdrop, however, the matter is a lot different. The team is not handed over hundreds of millions, or indeed any money, in return for anything. Instead they are airdropping tokens, which might be completely ignored by the market, or are given some value, with the team so happening to hold some of those tokens, just as do all other ethereum holders.

For SEC to say this is a security, they would have to say airdrops are a security, which is obviously nonsense as that amounts to saying dropping free money from an helicopter is a security.

They would have to say BCH is a security, which again would make no sense because who in BCH would have to comply, and/or who can they hold accountable in BCH?

However, this method of fundraising is obviously not as attractive as an ICO because you wouldn’t receive the funds upfront to finance development, but successful ICOs already have a seed or some small amount of VC investment which can support their initial development.

That would have to play a part in an airdrop method, with the airdrop itself arguably being a fairer way than an ICO as there would probably be some accountability, although speculation may of course play its role, but then speculation plays a role in everything.

Yet how this will develop, and/or whether it will develop at all, remains to be seen, but airdrops may be one potential solution to the securities dilemma, with more likely to be found as innovation keeps on.