Bitcoin, the leader of the crypto market, is moving along a correctional uptrend after exiting the previous descending trend.

In case the current channel support gets broken out, the price may move down to the lower projection channel and reach its support at $7,075. This may lead to forming a new mid term downtrend.

Ether may continue testing the current resistance for a longer period, in case the digital coin breaks out the support at $590 and then plunges to the new potential support at $550. This may lead to a bounce, major resistance breakout, and a new impulse movement towards $677. 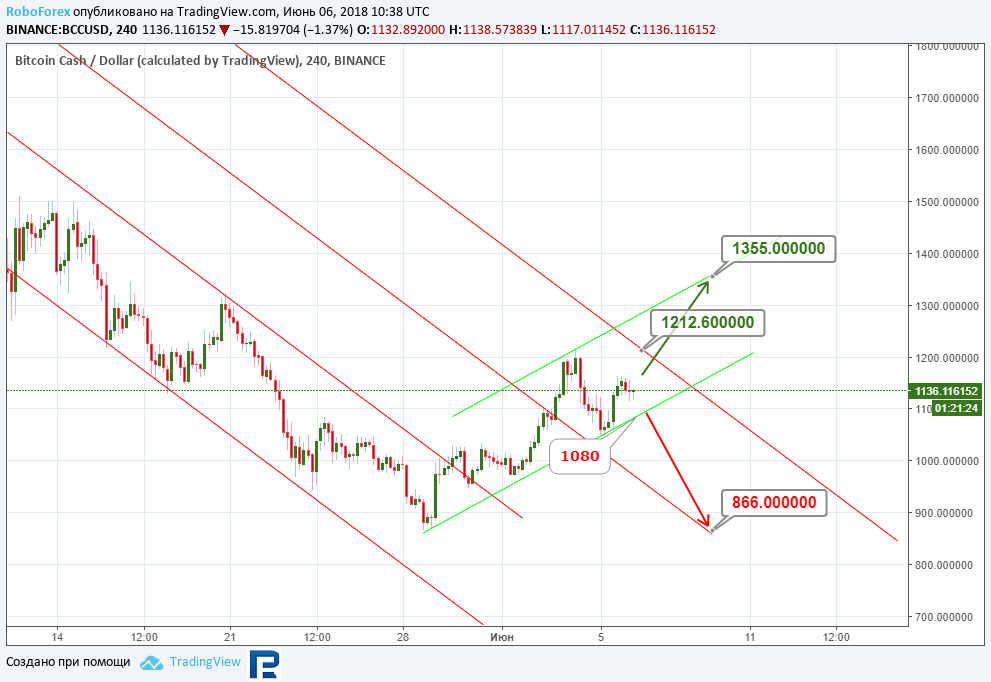 BCH was going down over the last few months. However, after reaching the important round number of $900, the digital coin is starting to form an ascending trend.

In case this resistance gets broken out, the price may head forward in search of the ascending trend resistance at $1,355.

However, one should not forget about the support at $1,080 either. If it gets broken out, the price may fall to its lows at $866.

EOS broke out the previous downtrend resistance and moved to the upper projection channel on H4. The resistance at $14.80 prevents the price from going higher, but if EOS still manages to break it out, it may go ahead to the current channel resistance at $18.60.

Still, the support at $12.85 may get broken out, too, which could lead to forming an impulse move towards the projection channel support at $11.

The major trend is still descending for Tron, as well as the short term one. The major target may lie at the channel support at $0.035.

Locally, there is a triangle pattern, which means the price is consolidating before breaking out. The new rising impulse move may get started after the local resistance at $0.06 is broken out, while the target could be at another resistance, $0.067.

Meanwhile, if the support at $0.055 is broken out, a descending trend may form with the target at the long term support.