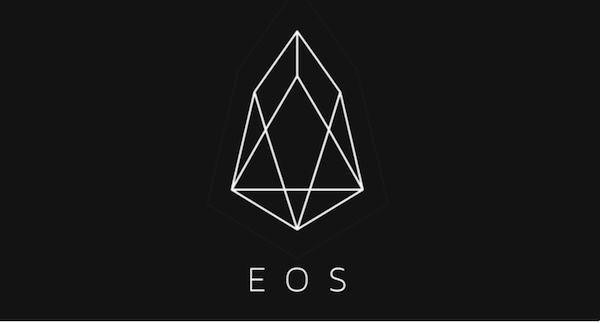 Pitchforks are out in the EOS land where frustration is growing with the continued failure to launch the blockchain after barley days of testing.

Dan Larimer, EOS’s lead developer, effectively called a no-go vote by Block Producer Candidates (BPC) as bikeshedding. In other comments he said “if you get 15% stake then it is ‘go,'” referring to the protocol requirement for 15% of token holders to vote for at least one block producer supernode.

Behind the scenes, however, in closed chat discussions, there is secrecy upon secrecy. While we thought the block producer candidates were driving the process, there’s apparently another vail behind them.

There is an ABP, which we take to mean Appointed Block Producer. They were meant to appoint 16 of them, but it seems 16 are ABP candidates, with just one chosen. In a leaked private conversations, Marc-Antoine Ross for EOS Canada says he recommends:

“We select an ABP to hold custody of the network until the 15% vote is done. We make sure we are all meshed together and help hide the ABP.”

Later on, someone from EOS New York says “Pausing the chain is dangerous because there a potential to fork, if keys are shared and/or we have a rogue ABP. After 15%, everyone can fix a checkpoint at the first schedule, making that key irrelevant for eternity.

Having defined process for injection and validation on a testnet is sufficient to get high degree of confidence that a mainnet using the same process, validation being rerun, is good.”

Some more discussion then follows. We’ll quote at some length with some cosmetic modifications:

“Craig Murray – EOS BlockSmith
16 candidates, i really like everyone’s entheusiasm. Personally I think there is a very short list of people that should be doing this. If the anon ABP does not get a valid chain the first try, it undermines this entire process and sets us back. Do we let them try again, or choose another person?…

Kevin Rose – EOS New York
If they fail I propose we go back to the list of applicants. But that’s just my opinion.

Craig Murray – EOS BlockSmith
well there is a bit of an elephant in the room, so I’m just trying to shine some light on it. Who does the injection and how it’s done has been a massive fighting point
i recommend we figure that out before the abp is chosen

Sukesh Tedla (EOSGreen)
Where can one find the list of ABP candidates? I cannot find that in the document, should we add it to the doc?

Kevin Rose – EOS New York
Sukesh Tedla (EOSGreen)
It is secret to avoid security risks and merchandizing the responsibility to the token holders.

Kevin Rose – EOS New York
The BPCs present on the previous 1300 UTC asked that EOS New York field and manage the list with David Moss as a witness.

Nate D – Aloha EOS
I don’t think the how matters, as long as the data state matches what everyone expects and tests pass.

Craig Murray – EOS BlockSmith
so we leave it up to the abp to decide then?

Sukesh Tedla (EOSGreen)
we have suspended radical transparency and the list is hidden, as will be the name of the anon abp

Nate D – Aloha EOS
‘Craig Murray – EOS BlockSmith
so we leave it up to the abp to decide then?’
The process they use to boot? Yes, I think so.

Craig Murray – EOS BlockSmith
the tool they used to inject the snapshot, purchase the ram, setup the b1 account, resign the eosio account, validate the steps taken, and im sure there are other things. The method used will affect the result and we then validate that… but we dont have consensus on the method of doing such, so how can we validate? This has been a major point of contention, that’s my broader point. But not figuring out what we plan to do, either choose a method, leave it up to the abp, whatever, we need to make sure everyone is happy because it could lead to lack on consensus on validity. Not to mention it would be nice to be testing the various tools these groups might use to make sure they work so the abp isn’t stuck being anon with a broken tool

Nate D – Aloha EOS
We already voted on how to handle the ram purchase and tokens, so I would expect the ABP to stick to that unless we vote again to change it.

Craig Murray – EOS BlockSmith
there are 2 tools that I know of, Igor has one that uses eosjs. Alex has one that uses golang.
‘Nate D – Aloha EOS
We already voted on how to handle the ram purchase and tokens, so I would expect the ABP to stick to that unless we vote again t’
did we? I’m sorry I’m trying to catch up on the details i missed some of the meeting
and this method is currently expressed in Igor’s repo that was linked earlier?

Nate D – Aloha EOS
Yes, I’d have to dig up when exactly but it was 2-3 meetings ago.

Craig Murray – EOS BlockSmith
I’m pretty sure we did not have consensus on a ram buying method 2-3 meetings ago. I haven’t missed a meeting yet until this morning and people have been debating it more recently
but please if you have minutes that would be great, i would be thrilled if this was actually already resolved

Josh Kauffman – EOS Canada
On a previous call, there was a vote for this and it was chosen that creating the extra EOS made the most sense and the ABP should go with that.

Craig Murray – EOS BlockSmith
ok. To be clear, my understanding is now that we have consensus that eos.io should issue an extra approx 19k tokens and they be used to fund the accounts. This means a chain which does not do so is invalid?

Timothy Lewis
If a solution is found and presented, it may be considered. I do not know if we could reach consensus on the change, but @resvera has created a working, tested solution. It needs to be further audited, but it appears to be ready to go.

Craig Murray – EOS BlockSmith
Per the previous information it is not considered a problem, and any solution would result in an invalid chain. But I understand this is not a unanimous opinion which is why I’m trying to draw out this debate now, before an abp is selected. I do not want someone spinning up a chain without 19k extra eos and having that be an invalid chain because it does not respect the rule imposed by the vote outlined previously.”

They’re apparently printing 19,000 tokens, worth around $250,000, to gift some “ram” (sounds like gas or transaction fee) to the genesis account in order to boot the blockchain. Then they plan to send those tokens to an address with an invalid private key.

Craig Murray – EOS BlockSmith
‘jem
Account creation RAM costs solution We have a total solution for RAM allocation, which rsults in no issuance of new tokens, no’
Personally I think this issue was closed. I agree with Dan, we should just print tokens. We have a 72 hour old chain done this way, we should stick with it”

Instead of 1 billion tokens, the chain will start with 19,000 more for accounting purposes in order to import the snapshot into the genesis accounts.

With one participant, Timothy Lewis, saying “these guys can’t even get token issuance right.” They’re apparently also changing the “constitution,” while some others are continuing to find bugs, including one where sometimes you can’t even transfer your tokens.

Still, 36 block producing supernode candidates voted to launch, while 26 voted against. Making it around 60% in favor, 40% against, less than the required 2/3rd.

They will now vote again around midnight London time, or late afternoon in New York, under some considerable public pressure we must say. Some are commenting, for example, they will not vote for BPCs that vote no-go.

They appear frustrated and seem to want this out as soon as possible despite bugs continuing to be found and despite some oversights in the details of transferring these tokens into coins which has now apparently led to simply printing more.

Moreover, new code seems to be added at the very last minute, with a lot of trust required here for the launch process as what we would think would be a super secret chatroom – where the 16 ABP candidates probably hang out and probably the ABP himself as well as the devs – has not seen a leak, at least yet.