Dapps,Ethereum,News,Smart Contracts,Tokens Interest in Solidity At All Time High – Trustnodes

Germany, France, China, America. Something is happening according to Google Trends. Global searches for solidity remain at all-time high, but in some countries they are spiking.

China in particular stands out considerably. They’re hungry for solidity in Shanghai and Beijing, showing far greater interest than any other nation.

But something is happening in Europe. We zoom into France, and there’s a spike. Paris wants to know what is Solidity. 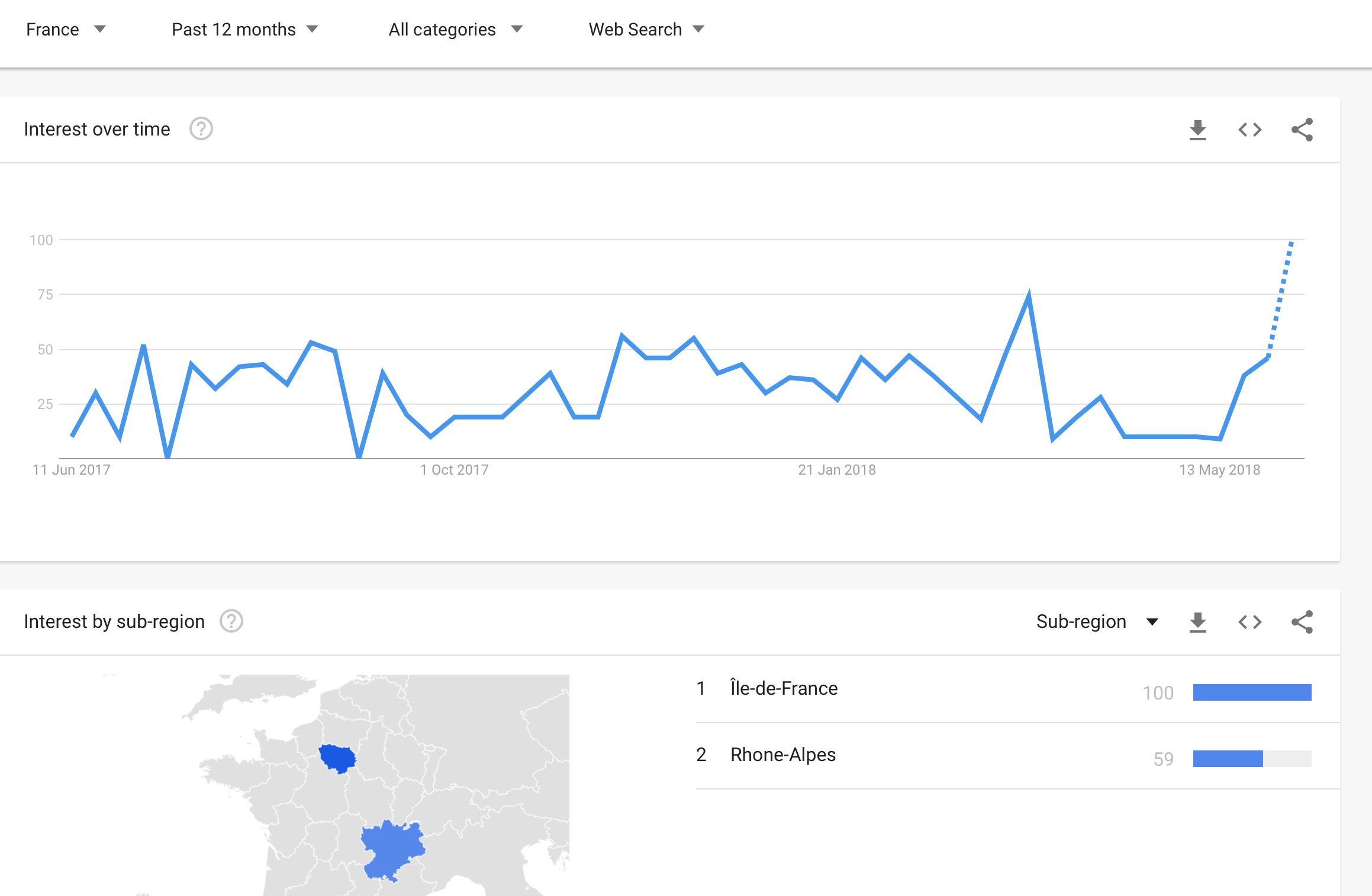 In Germany, from Berlin to the Northern Rhine, they want a kitty on their hand. A hackathon is to be held there soon where lots of memes are promised.

Then they told us the bus party from Berlinas to Prague is going to be epic ahead of Devcon. Pics or didn’t happen, we said, but the capital has grown into a hub of sorts, attracted by cheap rents and its close proximity to Switzerland. 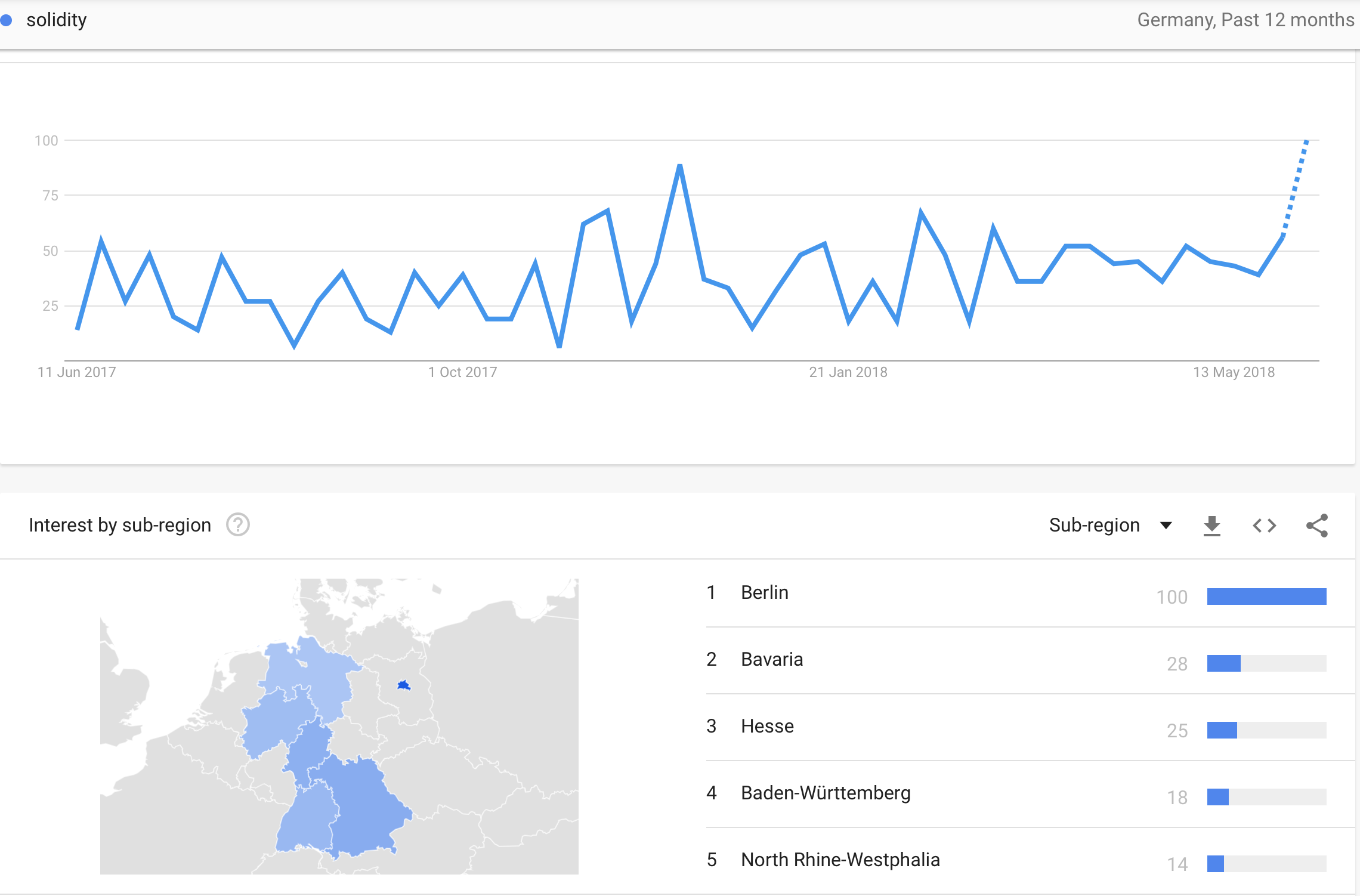 The German industry has been an early adopter of sorts of ethereum in particular, but we go to Italy and same story. There’s a spike: 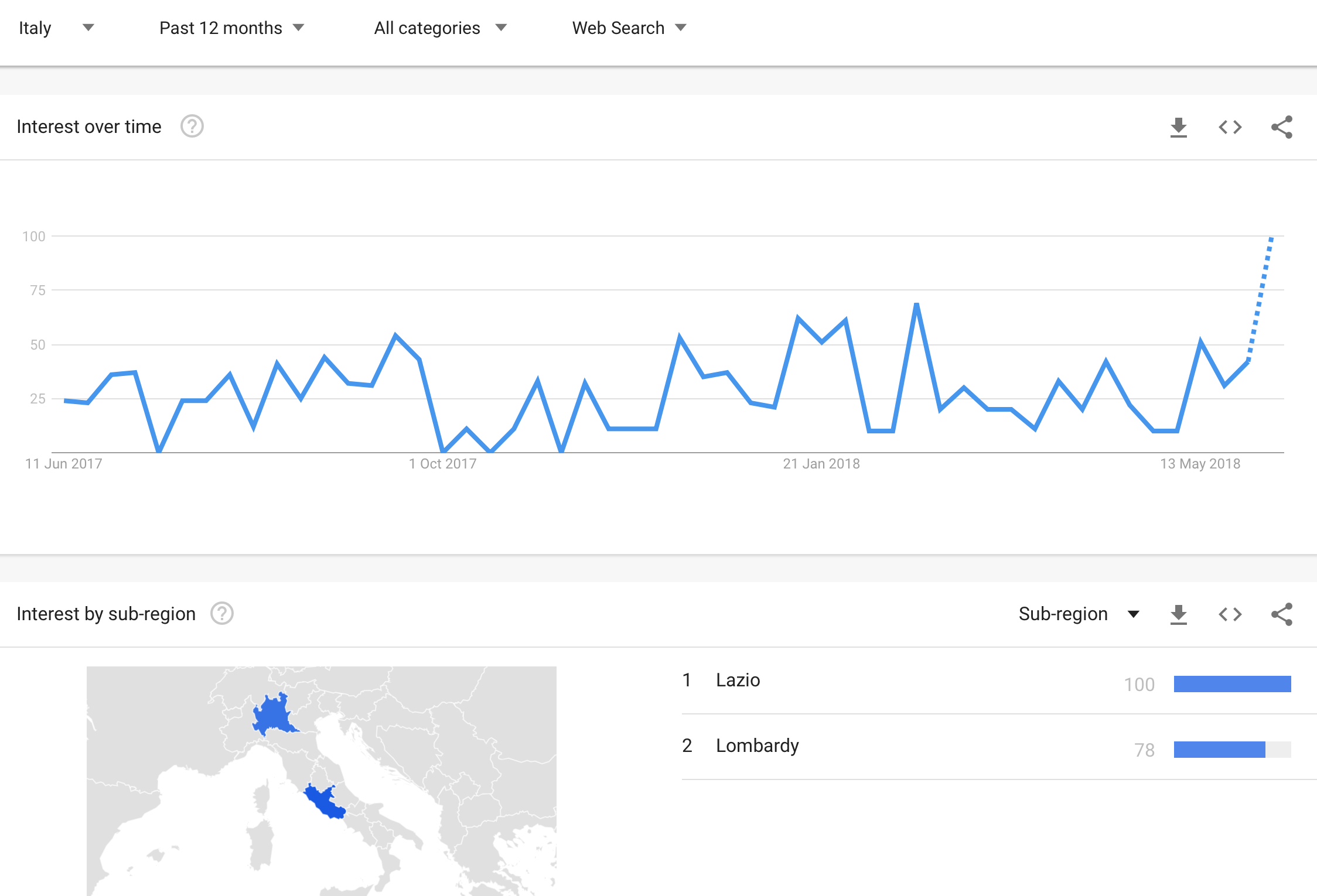 That’s Milan and Rome. Fashonistas there might probably suddenly want to know how to blockchenize their dresses. With unique kitty tokens of course, but here come the bankers in London:

Ah, they’ve been interested in Solidity since always, and remain interested. Presumably because you can’t have a revolution without it being glorious, and for that you need Brits who have been here since the beginning.

A stampede of non-fungable tokens is coming, says Dan Emmons, an ethereum dev. While we say developers are coming, especially in Europe.

Many of them are probably thinking of all sorts of things to build on ethereum, the platform squared world computer. Some of them will be building on top of each other, with dapps all the way down, and they’re just in time, this early lucky ones.

We’ve imposed a deadline of 2020 for scalability. That means there’s just about a year to go to build all things. In the meantime, something magical should happen, a breakthrough.

Scalability squared. After three years of fierce debate, some still bicker and point fingers, but the truth is both sides in the bitcoin scalability debate were right and wrong.

The small blockers were right in that you can not continue increasing costs in nodes to the point where a cartel conspiracy is possible, for then history would no longer be certain.

All those arguments are now irrelevant. Scalability has been effectively solved, with just implementation left, by bundling transactions in two ways.

Through the base layer by addressing the problem where all nodes verify all things through having say 100 nodes verify 1,000 transactions, and then you merge them all together so that the security level is effectively as if they all verified all transactions.

You combine the two and you effectively have unlimited scalability if the tools are used appropriately. On the base layer, it will handle about 100 million transactions a day.

Through state channels, Plasma, Raiden or other second layer projects such as TrueBit, you can amplify that 100 million to billions.

Both are then refined through sharding squared or other improvements to the point where it doesn’t really hit a ceiling.

That’s when we reach 1995 when individuals down the street randomly start interacting with this blockchain thing, although in a very small scale that has already begun.

That’s when the real races start and creativity is unleashed from drawing boards to blockchain worlds. Until then, although Vitalik Buterin, ethereum’s inventor, has stated Vyper is cool, the people crave solidity, so it’s time to learn and #buidl.