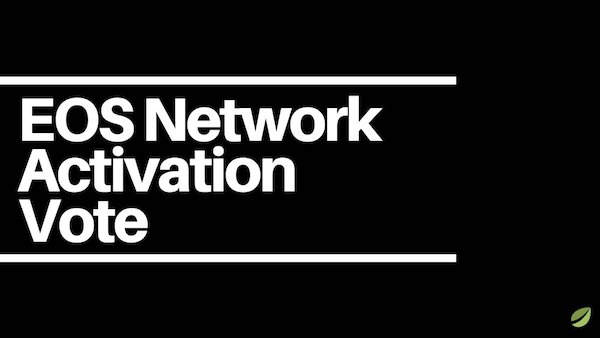 EOS has not even launched yet, with just 8% of all token holders voting some three days after the network launched on June the 10th.

But Bitfinex is apparently already considering using the funds entrusted to them by EOS holder to vote and “activate” the blockchain immediately.

That would be possible because Bitfinex revealed they hold more than 7% of all tokens. Just over 7% in one address, and a far lesser sum in another.

That Bitfinex has gained 2.27% is somewhat surprising because chatter among EOS tokeners seemed to have established a rule of thumbs of sorts.

That being no voting for exchanges, and no voting for mining farms. Presumably because they can easily see how either could abuse the considerable amount of trust placed on these block producers.

Yet while Bitmain seems to not be among the candidates, at least not under their name, Bitfinex has managed to currently secure 13th position even while it appeared no one wanted to vote for them.

To secure that position, Bitfinex has now suggested they might utilize their 7% vote. They do so by announcing a vote of EOS-ers on their platform.

We’re not sure if this is a joke, because it very much sounds like one, but since it isn’t Aprils fools we have to take it seriously and consider they actually mean what they say in the following:

“Bitfinex will monitor the results of the activation vote, and when the number of votes for either ‘yes’ or ‘no’ reaches 15% of all EOS tokens circulating on Bitfinex, then that vote will win.”

We can’t have 15% in the real vote, so let’s have 15% in our own centralized platform where no one will be able to verify and after a few hours we can say the vote passed. But that’s not the joke part, this is:

At least make the joke funny! Tell them they then need to go down the road, find a granny, and showcase to the granny how you can dance on top of a pin.

Because we can think of many ways to simplify this starting with something like: if has EOS then vote allowed. Not that it would matter in any event because no one can verify how anyone voted seeing as its all a closed source database.

But of course when you have a facade (and we’re not saying there is a facade here, generally speaking), it is best to make it complicated so that it seems like there is some “properness” to it.

Yet what makes them think 15% would vote by downloading and uploading all sorts of documents and by minding the “no caps” when it would probably take days at best for this 15% to even be aware of this sub-vote, we don’t know.

Well, we don’t know as a matter of fact. As a matter of maybe, we said this is exactly what would happen in this sort of trusted set-up, but while we expected it would be sometime down the line, it does  now seem even our pessimistic estimate was in fact far too optimistic.