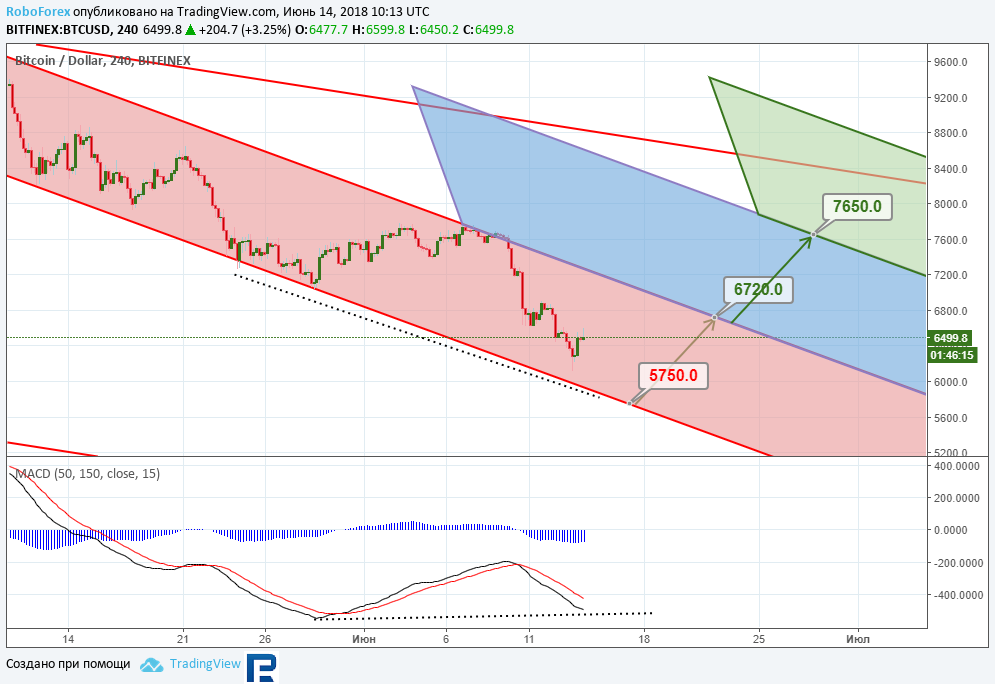 Bitcoin is leading the way in the world of cryptocurrencies, and right now its technical outlook is chiefly bearish, with both long and short term trends being descending.

In the midterm, the price is approaching the current channel support, with the target at $5,750. The MACD and the price are converging, which means the trend might revert soon.

Another reversal signal, and a more reliable one, would be the $6,720 resistance breakout, which would allow the price to move to the upper projection channel and reach $7,650. 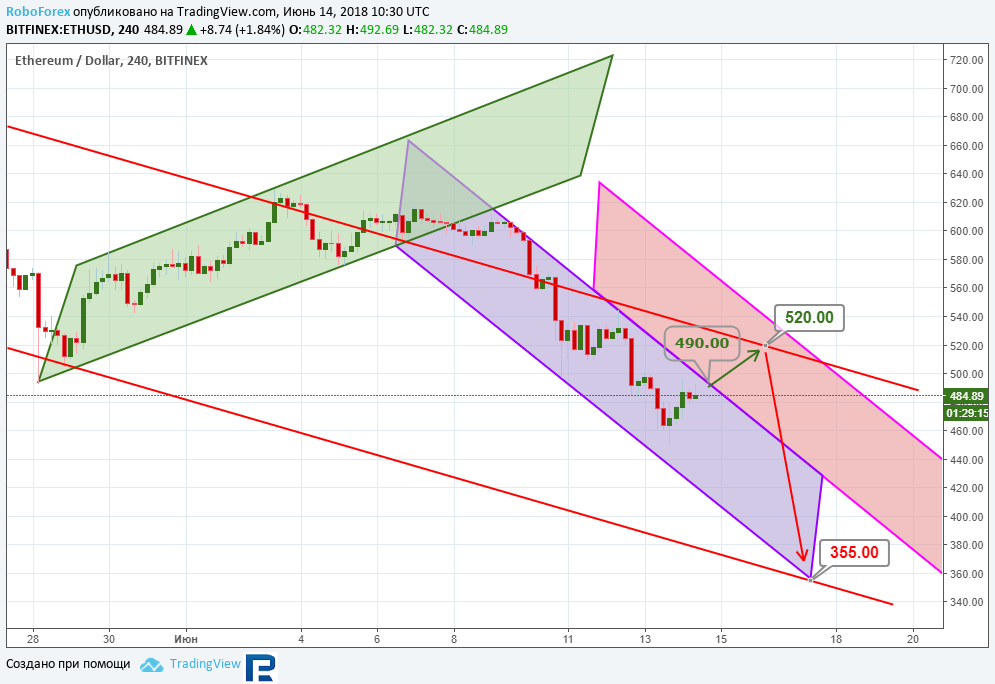 Ether long term trend is still descending, as the latest current resistance test ended with the price going back inside the range.

The ascending channel support got then broken out, and the price formed a new descending trend with its major target at the support, i.e. $355.

As for the short term descending trend, the latest price micro move did not reach the support, which could mean a pullback is near, with the potential to reach the resistance at $490.

This, in its turn, will allow the price to go ahead to the major channel resistance at $520. After testing this important level, the price may pull back and go down again. 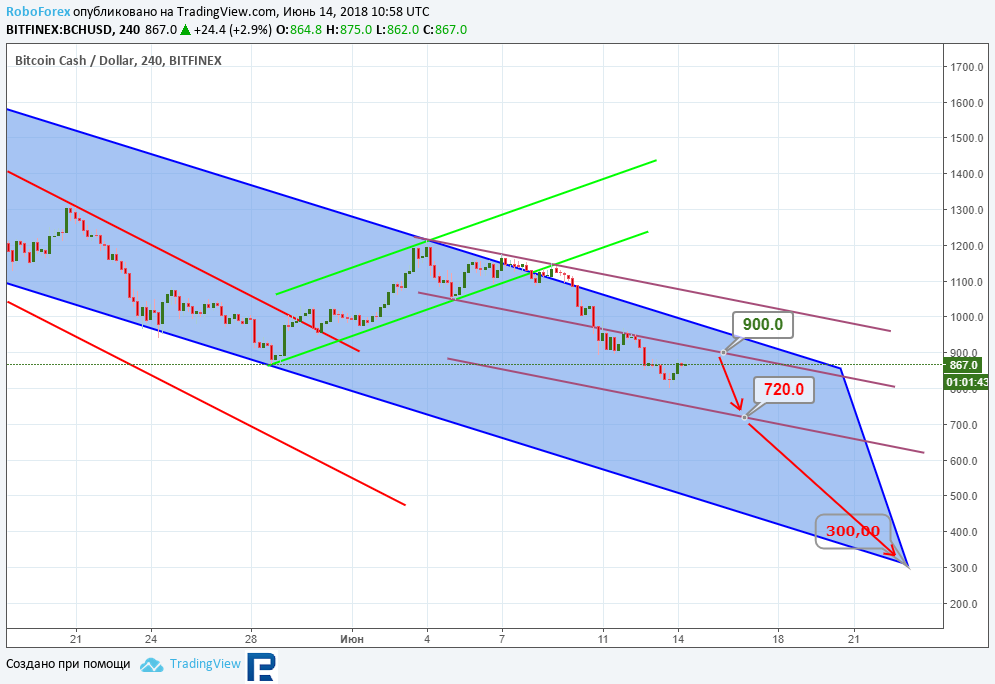 BCH is currently downtrending, with the last correctional trend reaching the current channel resistance and testing it for a long time.

Once the latest uptrend support were broken out and new lower local lows formed, a new descending micro trend appeared.

Over the last few days, the price gained strong downside momentum that broke out the descending channel support. BCH got into the lower projection channel and may continue going down to the local support at $720.

The short term pullback may push the price to the resistance, but then $720 is likely to be tested. The midterm target may be at $300, which is the current channel support. 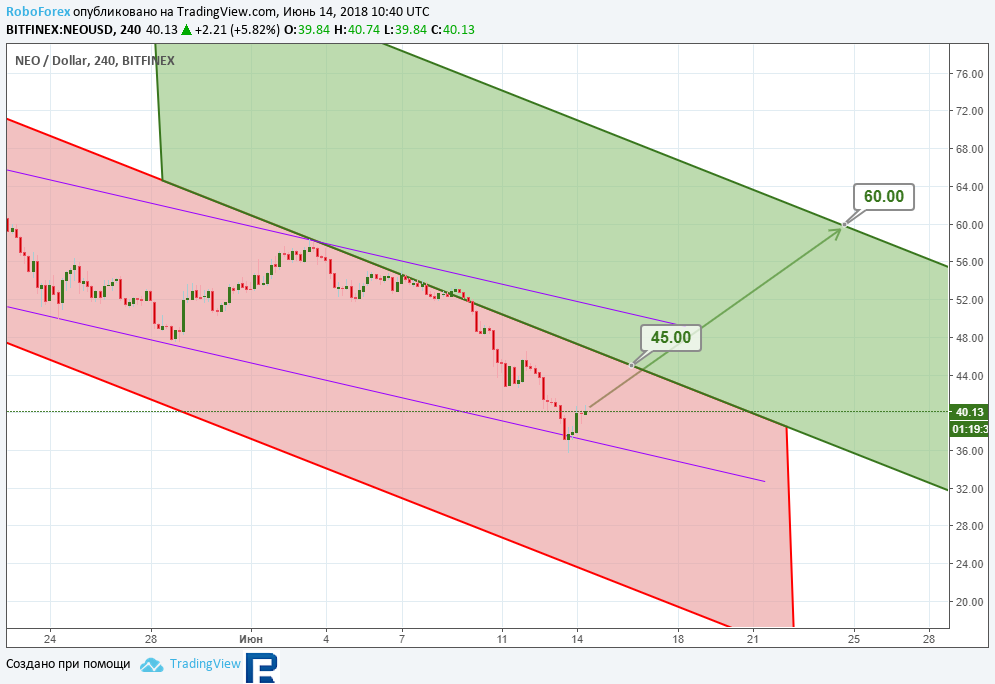 NEO price is moving along two channels, with the midterm one being wider and the short term, somewhat narrower.

Within the wider channel, new lows appeared gradually, but did not even touch the support, which shows the momentum may be fading out.

Within the short term channel the situation was quite the reverse, with the price touching both the support and resistance levels.

Right now, the price is bouncing off the support, which allows one to assume it may go up to reach the midterm channel resistance at $45.

Once this level gets broken out, the global trend may revert, too, with the price moving to the upper projection channel and heading towards its resistance at $60. 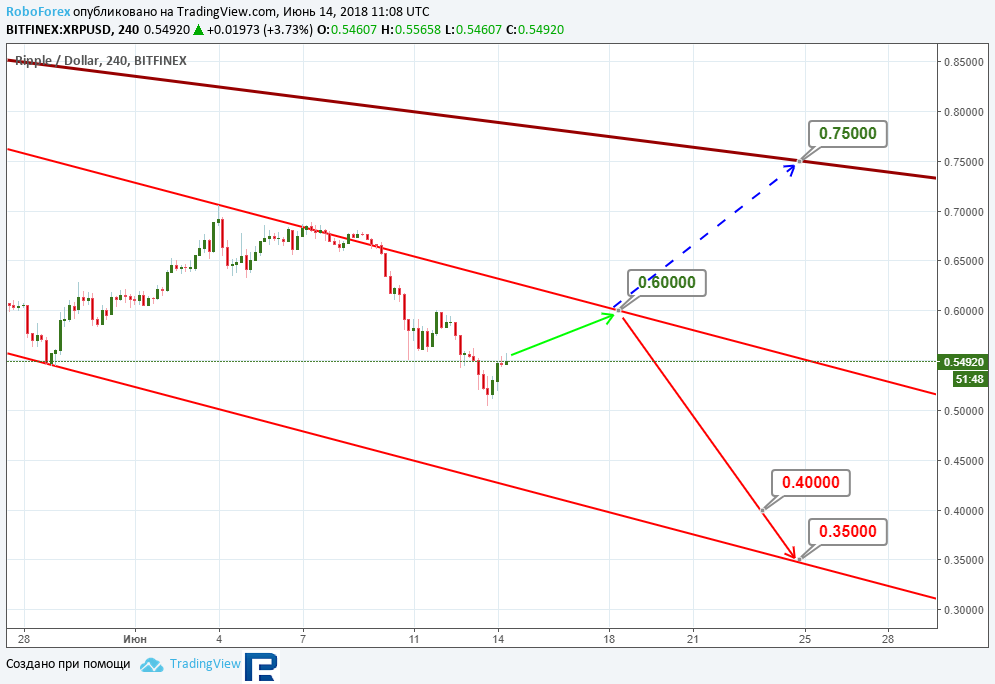 Ripple is downtrending, like most other major cryptos. Technically, the downtrend targets are near the support, between $0.40 and $0.35.

Achieving those targets is not an easy task, though. In the short term, the price may well bounce back to the current channel resistance at $0.60, and only then form another move towards the major target.

If $0.60 gets broken out, though, the price may well reach the long term descending channel resistance at $0.75.