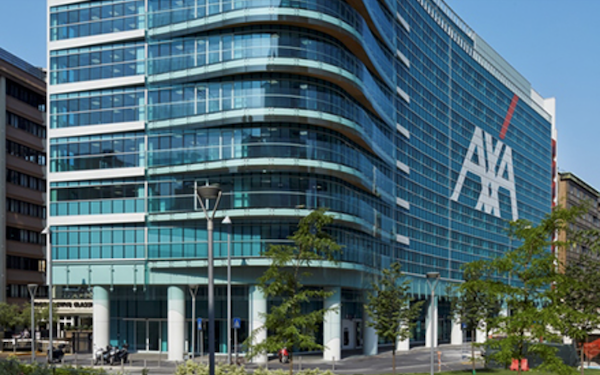 AXA, the insurance giant and the world’s second biggest financial company with total assets of one trillion dollars and yearly income of $6 billion, has launched an insurance product that utilizes smart contracts on ethereum’s public blockchain.

Called Fizzy, the product is similar to Etherisc, formerly known as FlightDelay, whereby individuals pay an insurance premium then automatically receive compensation if the flight is delayed for more than two hours.

In Fizzy, the process is not yet automatic with the payment of the premium and of the compensation being in fiat. They plan to add crypto-payments, but say “it is not the easiest feature to implement for legal, regulatory and accounting reasons.”

They publicly revealed the smart contract today with it containing only around 200 lines of code. We asked Laurent Benichou, a representative from AXA, of his experience so far. He says:

“It’s a lot more complex than expected! Air traffic data is not 100% available nor clean, and the need to test the flight eligibility is hard to accept for potential business partners. In traditional insurance, we would insure all flights and it would be up to the customer to provide the proof of delay.”

The tables, therefore, have seemingly turned, with the insurance company itself establishing that there is a flight delay or in other contexts an event that triggers compensation, rather than the customer having to prove that they are owed compensation.

That means that in at least somewhat simple cases quite a few hours can be saved on the part of AXA through no longer needing to have personnel analyze claims. While on the part of the customer, convenience can be increased considerably as no one wants to have to file paperworks.

“Our Minimum Viable Product (MVP) is live since September 2017 and we began investigating this project in 2015. We discovered along the way that we indeed had a competitor called Etherisc. Others are coming (PolicyPal / Ergo for instance),” Benichou says before further adding:

“We plan to expand beyond flights in the future. We believe that parametric insurance makes a very strong use case for the use of public Blockchain.”

Parametric insurance is an if/then type of insurance that rather than compensating for the entire loss says instead if event x happens then you receive compensation y.

It can be a very broad field and one can imagine for example, if the fire service updated their systems, that you could have a case of if house burns down then compensation of x, with the fire service so providing the data feed for fires.

Realistically, in that case it might be a bit more complex as you might have to establish whether half of the house is burned down or all of it, but arguably you can imagine in the future such granular data is provided or independent third parties specialize in doing so.

“Even though it’s always hard to say for a brand new product, we think there is a retail market today. If airlines get more and more customer centric and provide that kind of service automatically to their customers, the market opportunity for insurers will shift to Business to Business (B2B), with the insurer prodecting the airlines.”

Their new version was launched last Tuesday, and already shows 33 transactions, which we take it to mean 33 customers minus one or two test transactions by the team.

Indicating that there is at least some market, but with the smart contract linked to a trustable data feed, is there actually a role here for AXA?

Currently of course there is since this is all very much cutting edge, but as it develops and refines you would think this can be done without an intermediary third party except for the data feed.

Individuals, for example, could place a tiny portion of their savings in the smart contract and automatically receive some interest from revenue and profits. So providing a pot from which customers could automatically be paid off if the triggering event occurs.

That was the original idea which is now evolving to fit current reality, but as it becomes more refined it might serve to eventually take AXA out of the picture completely.

That’s only if they can not adapt, because being at the forefront of it might allow them to see how the market might evolve and therefore how they can provide a service in the new market.