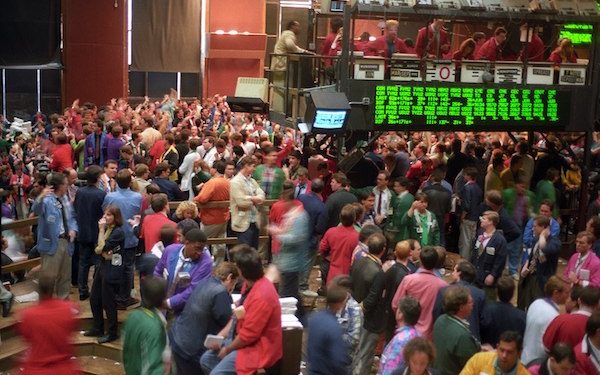 Traders used to joke that they are half long and half short on bitcoin at the same time, but jokes are usually funny because they tend to be half-truths and while it may seem nonsensical, a half-long half-short strategy can apparently be very profitable.

Tom Lee, a research analyst at Fundstrat Global, says in a note that traders could buy bitcoin, so increasing the price, short CBOE futures, then sell the bitcoin when futures nears expiration time, so lowering the price and thus earning them a “handsome profit” in the futures short position.

“Bitcoin sees dramatic price changes around CBOE futures expirations. This was something flagged by Justin Saslaw at Raptor Group,” Lee says before adding:

“We compiled some of the data and this indeed seems to be true. Overall, bitcoin has fallen 18 percent in the 10 days prior to CBOE contract expiration.”

This price manipulation can occur on exchanges with low trading volumes, like Gemini which is part of bitcoin futures final price calculations.

Gemini had only $6 million in bitcoin trading volumes during the past 24 hours, potentially making it somewhat easy to move the price up or down on the exchange.

Ultimately, however, this obvious price manipulation is possible because one can not really call the offerings by CBOE and CME as futures.

Real futures are a very useful financial tool to hedge against risk whereby you lock today’s price for a period of three months, and at the end of it you receive an asset.

CBOE’s and CME’s fake futures, however, do not lock the price and do not transfer any actual assets. You can enter a futures position at any point and you can exit it at any point. Moreover bitcoins here never exchange hands, it’s all in dollars.

Making it an artificial price manipulation tool that serves no real economic purpose except for to allow traders to leverage as they bet on detached numbers on the screen.

“A broader observation is there is significant volatility around these expirations and on average, the price recovered by day six,” Lee says.

The beauty of this is that you can do it over and over again, so giving rise to the so called Bart pattern. That’s a newcomer to this space that makes the price look pretty much like Bart’s hair in moving up and down, but still sort of sideways.

The explanation for that might be somewhat simple. You buy the bitcoins, price up, you short the futures, price down as you sell the bitcoin again.

Then repeat with all the bitcoin they probably bought prior to the futures opening in December, then all probably went short on futures and then probably at the same time sold all their bitcoins.

Once futures expired then they all bought the bitcoins, price up, short the futures and then probably sold them all in early June prior to futures expiring.

Now of course not all price movements can be explained by futures and the pattern might not repeat as prices tend to dislike predictability, but while regulators keep complaining about price manipulation they should perhaps look at the masters of it in Wall Street.