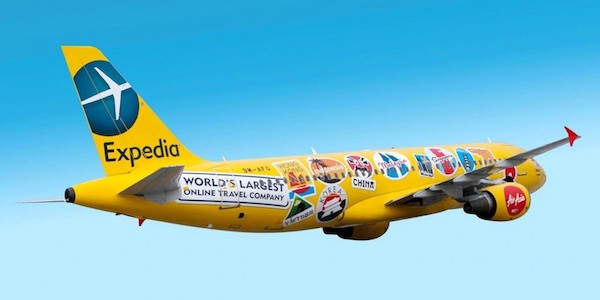 One of the world’s biggest traveling website has dropped bitcoin payments on June the 10th for unclear reasons after four years of accepting bitcoin.

Bitcoin supporters and Expedia customers now complain they can not book hotels or flights and pay with bitcoin any longer.

“That’s sad,” says one bitcoiner before further adding: “They had my exclusive hotel business and booking because they took bitcoin.”

Expedia is now the latest company to stop accepting bitcoin payments after four years of utilizing the currency, but why such decision was taken is unclear.

One reason might be a terrible experience for customers who paid with bitcoin four months ago when fees reached a high of $70 and some transactions were delayed for a week or more. One bitcoiner said at the time:

“On Jan 14 I attempted to book a room on Expedia paying Bitcoin via Coinbase. The funds were sent but the transaction timed out and expired. I ended up booking the hotel using my credit card.

Two weeks later, Coinbase contacted me confirming they located the transaction but Expedia has the funds so they would have to handle the refund….

When I get through to Expedia, it’s like Chinese water torture. No one who is a customer service rep at Expedia knows what Bitcoin is much less where my money is…

After three one hour calls with Expedia I am ready to give up and take the loss But I am really unhappy about it.”

Three hours on customer support might wipe out any profits they made from that sale, with the main reason for it probably being the fact that bitcoin was very slow in January.

The network now is operating fine due to less use, but if usage increases then it would again become quite an inconvenient payment method.

Yet when they accepted bitcoin in 2014, its market cap was far lower than some of the current main cryptos, such as ethereum. So if that was really the cause, then why not add other cryptos?

Coinbase has now upgraded their merchant service to Coinbase Commerce which allows companies to accept any of the four big cryptos: bitcoin, ethereum, bitcoin cash and litecoin.

Bitcoin Cash, in particular, has no capacity problems, while ethereum has far faster confirmation times of 15 seconds. So the traveling platform could have just diversified.

That they haven’t might suggest they’re unaware of other cryptos, or that perhaps they think they all the same, or they might see there are so many and might be overwhelmed by not knowing which are decent and which are not.

Whatever the reason, they’ve now become the latest in a reverse 2014 trend where global companies that begun accepting bitcoin for payment now drop the digital currency.