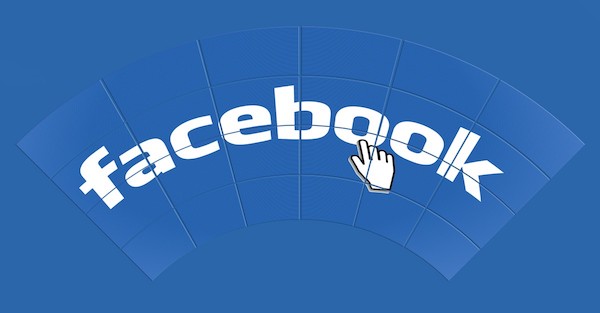 The Economist, that standing staple of old times, had something quite interesting to say buried deep into an article about tech giants and their monopolistic tendencies. They say:

“The lack of an incumbent giant is one reason why there is so much investor enthusiasm for crypto-currencies and for synthetic biology today.

But the giants are starting to pay more attention. There are rumours Facebook wants to buy Coinbase, a cryptocurrency firm.”

Of course, neither Facebook nor Coinbase commented on the matter when the Independent reached out, so all we have to go by is an arguably irresponsible statement by the Economist as it does not detail how they learned of the rumor nor provides some information to give it some credence.

Yet, the Economist, with its unnamed articles, wouldn’t lightly make such statement, so could it possibly be true that Facebook is eying Coinbase?

The reasonable answer would have to be: probably. It would make sense from Facebook’s perspective. They recently established a blockchain unit. Days latter an unnamed source said they are planing a cryptocurrency.

The problem for them is they don’t quite have the intricate knowledge and/or skills. Blockchain talent is in very short supply currently to the point where salaries “have gotten insane.” One easy way to secure all that talent is of course to buy out a company that already has it.

That’s something Coinbase itself has been doing recently. Taking a leaf from other tech giants, they have been out in a buying spree for much of this year, scooping up start-ups left, right and center.

That led us to suggest the crypto-broker is perhaps planing to become a monopoly ahead of a rumored Initial Public Offering (IPO), but might they become a chess piece in an even bigger monopoly?

The crypto giant has an estimated valuation of some $8 billion. Considerably higher than their valuation of $1 billion last year, yet probably pocket change for Facebook.

The question, therefore, might be just how much they want Coinbase, although Brian Armstrong, Coinbase’s CEO, might put up a fight. His whole life has been the company, can he really relinquish control?

Maybe, depending perhaps on what Facebook plans to do. The social networking giant is the biggest country on earth. Incorporating cryptos in their platform could be a game changer.

Recently they announced they will allow some crypto ads after previously banning them all. That might suggest perhaps their plans have changed slightly.

For Facebook to launch a crypto currency or token it would probably be a security and a second IPO of sorts with considerably regulatory labyrinths and potential entanglements.

Maybe, therefore, they are thinking of incorporating an existing crypto. That option would raise scalability concerns, but there are ways to address them through payments or state channels or second layers and/or by the time they are ready something like sharding might have come out in ethereum.

Alternatively, they might want Coinbase solely for its fiat pipeline. Their Facebookcoin, thus, could easily be accessible and exchangeable for fiat by ordinary people through some sort of Coinbase integration.

It would also be a backdoor entry into this space. Coinbase has backed ethereum’s ecosystem almost since the inception in 2016 following a decision on the scalability matter by bitcoin miners which effectively said they won’t increase capacity.

Since then they have supported some dapps, or have been involved indirectly, with some whispering accusations of utilizing Silicon Valley’s monopolistic techniques where a company tries to do everything by copying everyone.

Toshi can be an example of it, stealing some of the thunder of Status. Both are fairly similar, with the idea being an app to browse dapps as well as chat and send tokens.

So while Coinbase might be grabbing a fish here and another there, Facebook is perhaps looking at grabbing them. That’s probably with an eye towards decentralized social networks which Facebook might see as a threat.

It would be an interesting move if it does occur, and it would clearly mark the beginning of the second stage of evolution in this space, but while it would be something, it might still be nothing more than sticking plaster.

That’s because some very interesting decentralized social networks are kind of rethinking online interactions in a way that may well make something like Facebook look quaint.

Yet how it all will develop remains very much to be seen as summer heat now reaches this space.