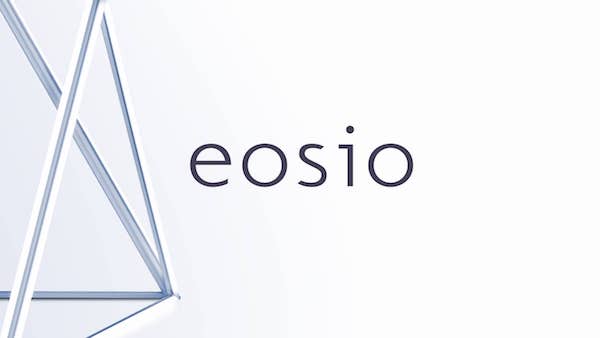 The no transaction fees blockchain has seen costs for new accounts rise to nearly $4, up from $1 just a few days ago.

Ram, which sort of stands for storage but can be seen as gas or transaction fees, has spiked recently and the network might soon be out of it completely.

Each new account has to pay about 4kb of ram, with it also needed to transact, but you can now buy and sell this like you can buy bitcoin or eth.

That’s precisely what one supernode Block Producer (BP) has been doing. Eos Nation has been speculating on ram prices, buying and buying, then recently selling.

When one eoser threatened crowds with pitchforks, the supernode’s response was effectively we don’t care what they want.

According to the EOS whitepaper: “application developers will pay the nominal cost of account creation to sign up a new user.

Traditional businesses already spend significant sums of money per customer they acquire in the form of advertising, free services, etc. The cost of funding a new blockchain account should be insignificant in comparison.”

It may have been, had BPs not used their inflation proceeds to buy ram and spike prices, but at $4 per account that’s some $40,000 for 10k users.

Considering a dapp hopes to reach millions or more, they would need to spend $40 million up front for their dapp to have a capacity of 10 million users.

Of course, they might never reach that capacity, but the cost may still need to be paid and planned. That’s if all that ram is even available in the first place.

They’ve limited the blockchain to just 21 entities, and yet still talk about Moore’s law increasing ram capacity. $10,000 per BP a day they pay, yet some ram apparently they can’t afford.

However, the sherif is now in town. Block One, which created this whole thing, has announced they will start voting with their 100 million eos, accounting for 10% of all voting capacity.

“The following are the values and considerations that will guide Block.one’s participation in the block producer election,” they say, before adding:

, “Alignment on the EOS Constitution.” They further say:

“We reiterate our excitement for the recent EOS community achievements and the EOS public blockchain’s ability to peacefully secure life, liberty and property .”

We joke because with 10% of the votes, of course they’ll be able to decide who exactly is a BP and who isn’t. And if they are so deciding, then we’re slightly puzzled as to why they don’t just run a database with Block One the trusted administrator who of course can reverse transactions, freeze them, in line with the constitution of course which they can change as they please and if the BPs disagree they’re ejected or fired.

That’s some maths by a cryptonian showing that even if 50% of all tokens have voted, Block One (B1) still decides who exactly is a BP.

That means they can force them to upgrade, freeze accounts or unfreeze accounts, increase supply or lower supply, or really anything they want.

Of course they won’t do so, or they won’t do so blatantly, just as Reddit’s admin doesn’t go around changing comments every day, but did do so once. Now imagine the matter was money, rather than just words.

Trust us, would be a more fitting name for EOS, but if what some coders are saying about these ram costs are true, then even trusting them wouldn’t solve what appears to be quite a flaw where their intentions to be a smart contracts platform is concerned.