Status has jumped from 5 cent to 7 cent after they announced the dapp is now live, running on ethereum’s mainnet, available for both android and iPhones.

We gave it a test-run. If you’re unfamiliar with these, we pretend we’re just some ordinary guy or girl and look at the dapp solely from the end-user’s perspective.

To begin with, you need to get an invite from status.im since this is all still kind of in a testing stage as it has just launched.

We didn’t ask for any special privileges, as stated we’re trying to be just a normal user. So we just entered our email address at the top of the website and received an invite pretty quickly.

We use iPhone, so had to download TestFlight first, an app that can be used when apps are in testing mode. All of it was pretty much click and go, with the status dapp downloaded on the app store like pretty much any app. 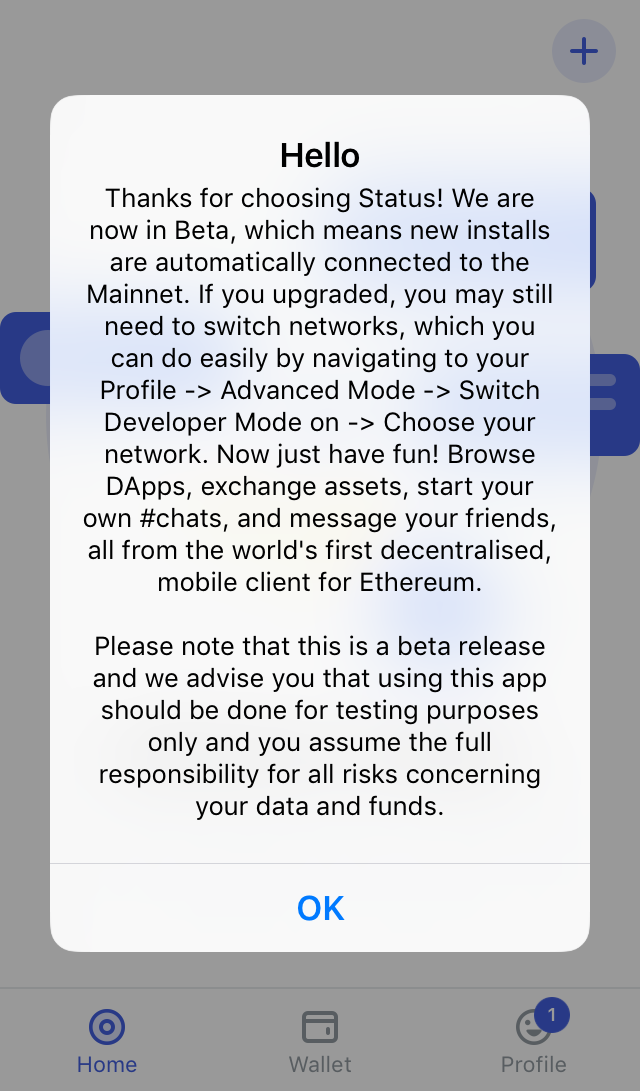 Once we tap ok, we are met with a nice colorful screen that has a lot more things on it than just words. 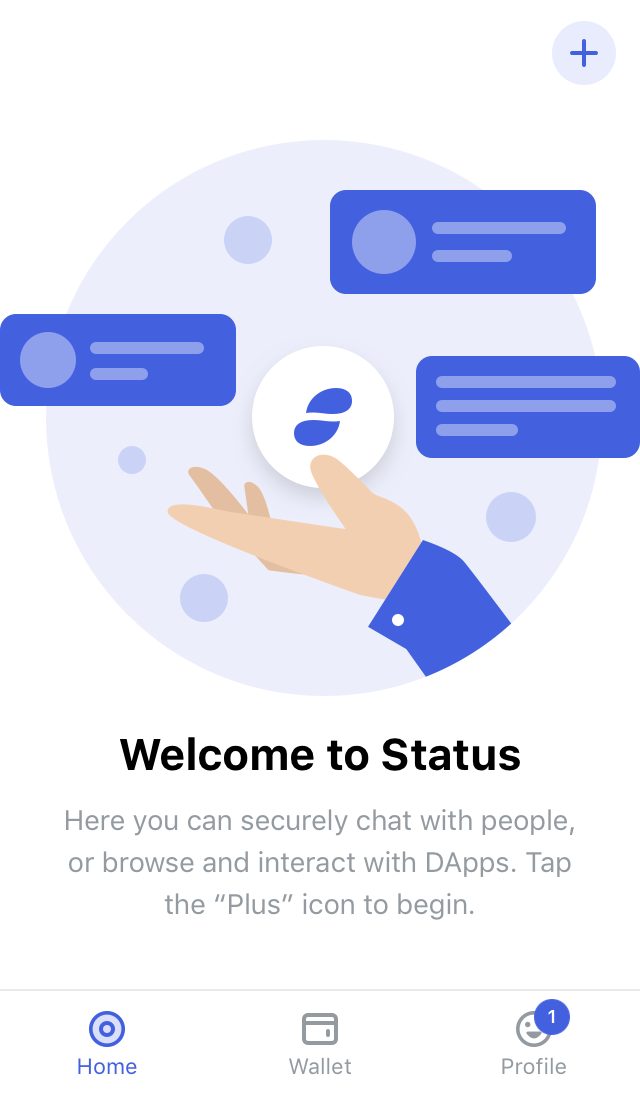 We tap the plus icon as asked, after looking at the profile tab which is as you’d expect profile stuff. Nothing exciting there, but the plus tab does have some exciting tabs: 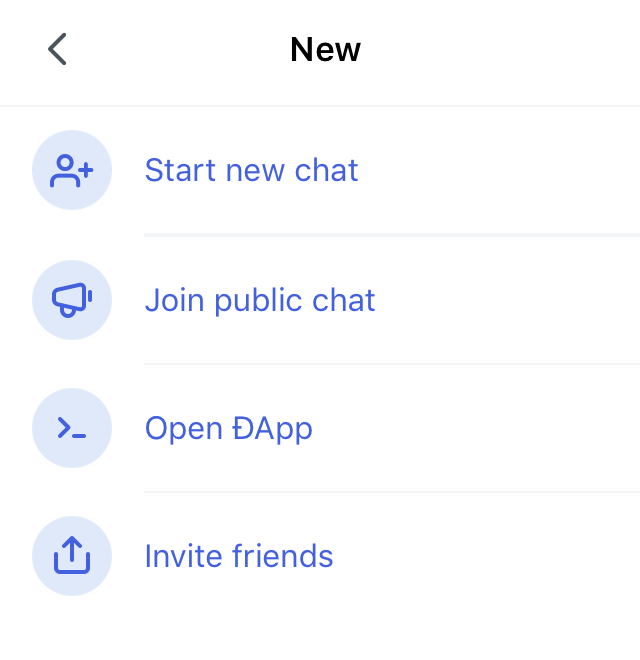 Ooo chats. Wait, open dapps? From here? We naturally tap and are met with a number of familiar dapps: 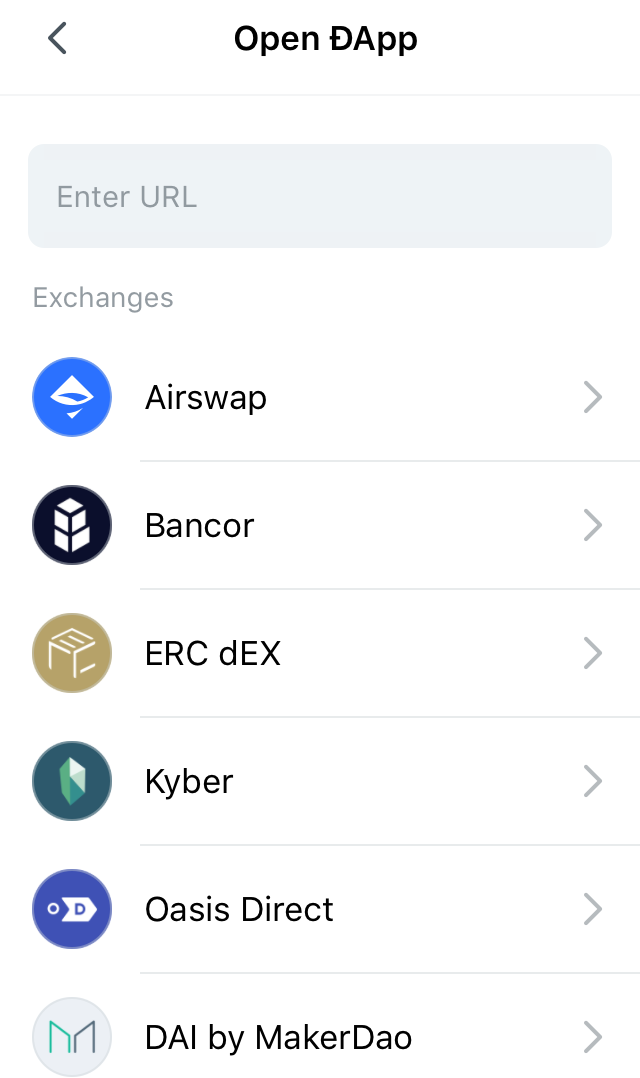 They have far more dapps than shown above. To see what it looks like, we try Bancor, and as you’d expect the dapp opens like it would if we visited them on a desktop browser with MetaMask installed:

Much green today, so now we can buy or sell any of the tokens on Bancor through our phone app by just tapping around. We then thought to check out Dai as well: 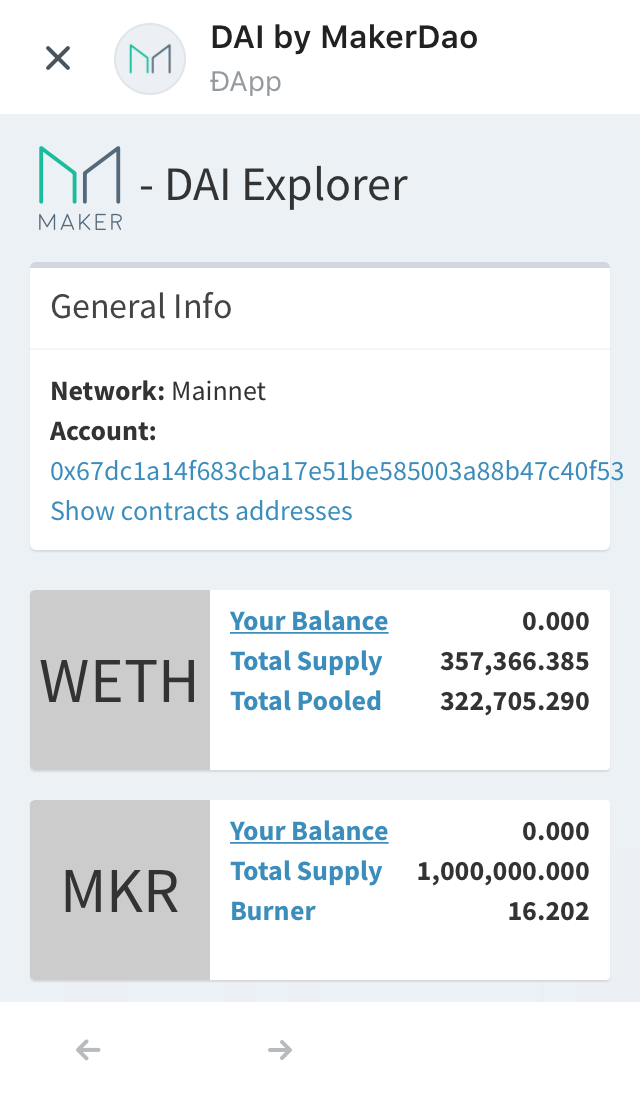 Yup, it looks just like dai. As all this works, we tried chatting a little bit to see what la people are saying:

The answer to that question was provided by Status on the more traditional Telegram app, where a representative says:

“The instant messaging were baked into the Status client itself.” Data is stored “locally on senders device. Temporarily on whisper node, obviously encrypted, when in transit. Then again locally on recipients device.”

Anyway, you can read that technical stuff on their whitepaper or their github. Just as a general idea, status is basically what the MetaMask plugin is for browsers.

Status is effectively an ethereum node, and eventually you can run your own node or connect it to your own node when the desktop clients come out, but you don’t have to.

We obviously haven’t touch anything except for tap and go so far, so certainly have no clue about nodes or all that stuff or how any of it works, we just know that if we tap something it does a certain thing. Which means status provides a node itself.

Bancor, Dai, and all these dapps, obviously need to connect to an ethereum node, so that is what status is facilitating in a way that arguably even your grandma knows how to use it.

Now that our homepage is a bit more populated, it starts acting like a homepage by showing us all the things we have used so that we can easily access them again: 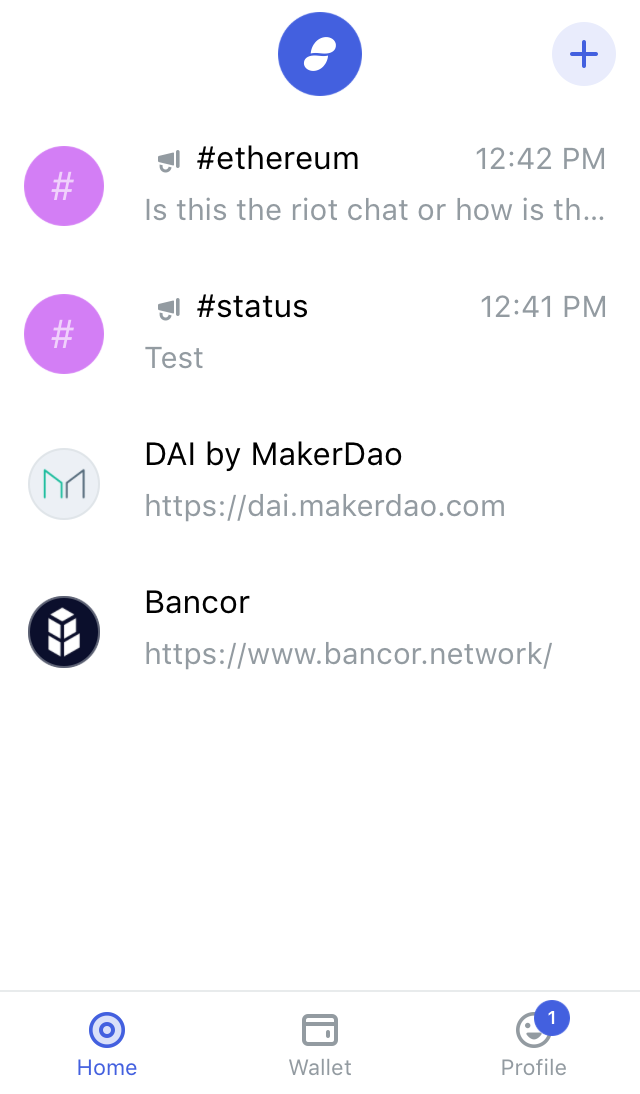 This is of course crypto, so there’s sending and receiving money. We thus go to our wallet to see this screen: 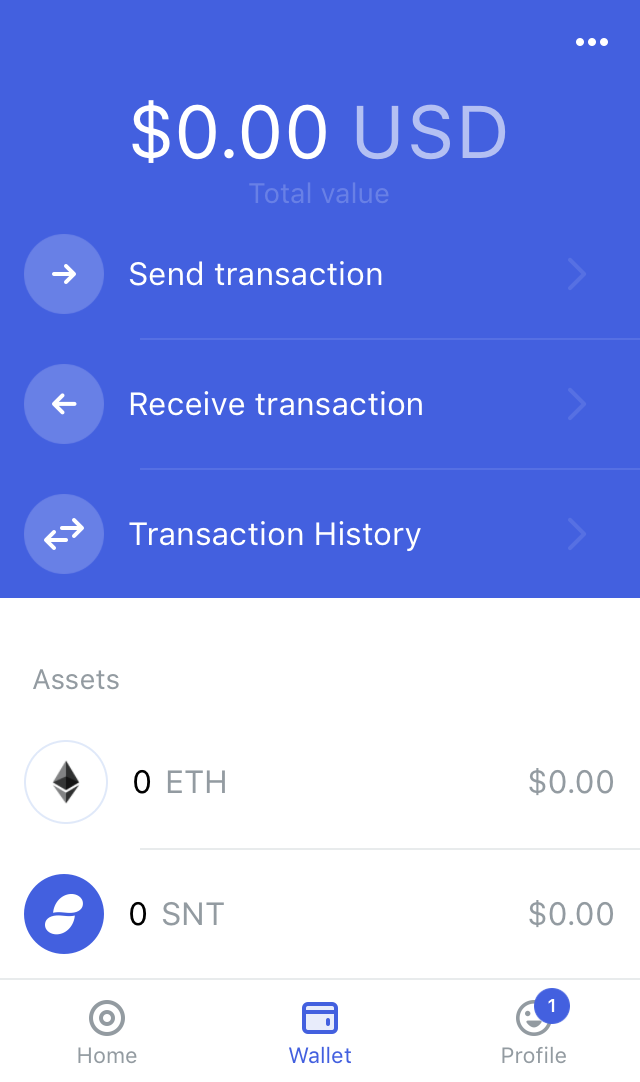 Poornodes has no muneh. Let’s give it some by tapping receive transactions which shows us the following screen:

Real ETH! We wanted to see what that request a payment does, so we tapped at the bottom to be shown this screen: 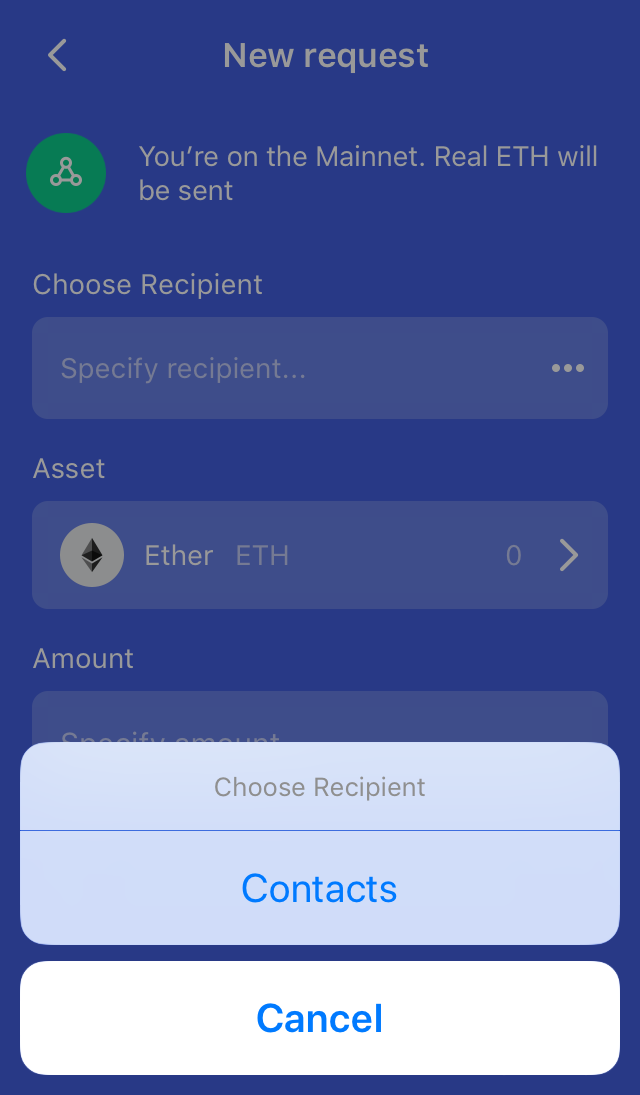 Our grandma has no eth unfortunately so we had to manually enter the eth address to send from desktop. Presumably once the desktop app comes out we can then just easily copy paste the address.

For now, however, we had to type it in and MetaMask happened to get the transaction fee estimate wrong. Eth’s fees have apparently risen to 50 cent suddenly for simple transactions.

Anyway, MetaMask tells us it is taking too long so click here to raise the fee, which we do, and it confirms, and now status say richnodes has 50 cent or 0.001 eth. Woohooo.

We then go to Bancor and they also say we have 50 cent, so we assume all other dapps now know we are rich.

We thus try to see if we can send it through the chat app. So we go back to the public chatroom (where you can’t tip, at least in this version) and pick a random person who was shouting peace, peace.

Upon tapping the peace man, the dapp asks us if we want to chat or send muneh. Clicking the latter opens a direct message window that already has the /send command written. 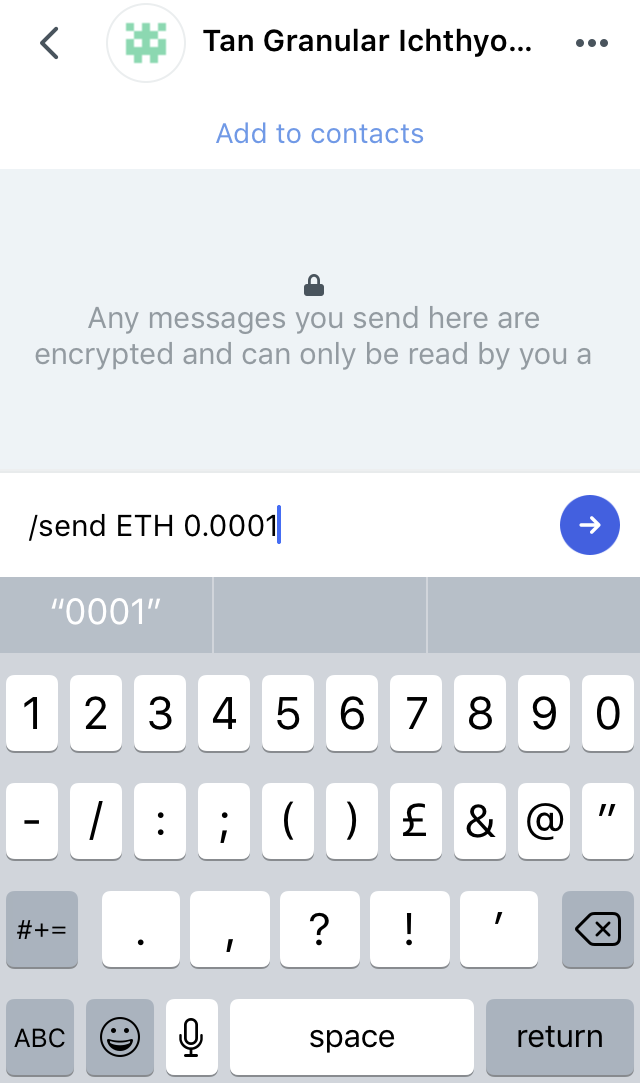 We had to do some trials and errors here because the above didn’t quite work, we have to add the random person first, which we do, so now we are met with this screen: 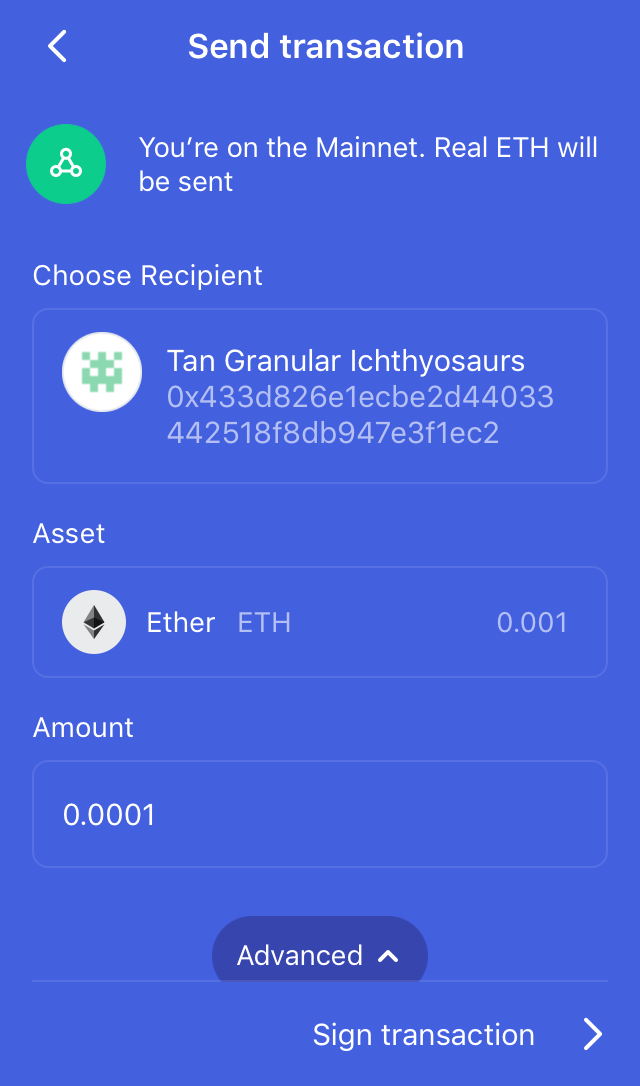 Eth fees being too high currently, our 50 cent wasn’t enough so we re-fill to make the peace man proud. Finally, we have this screen:

And a slightly excitednode goes back to the chat to see the screen that follows: 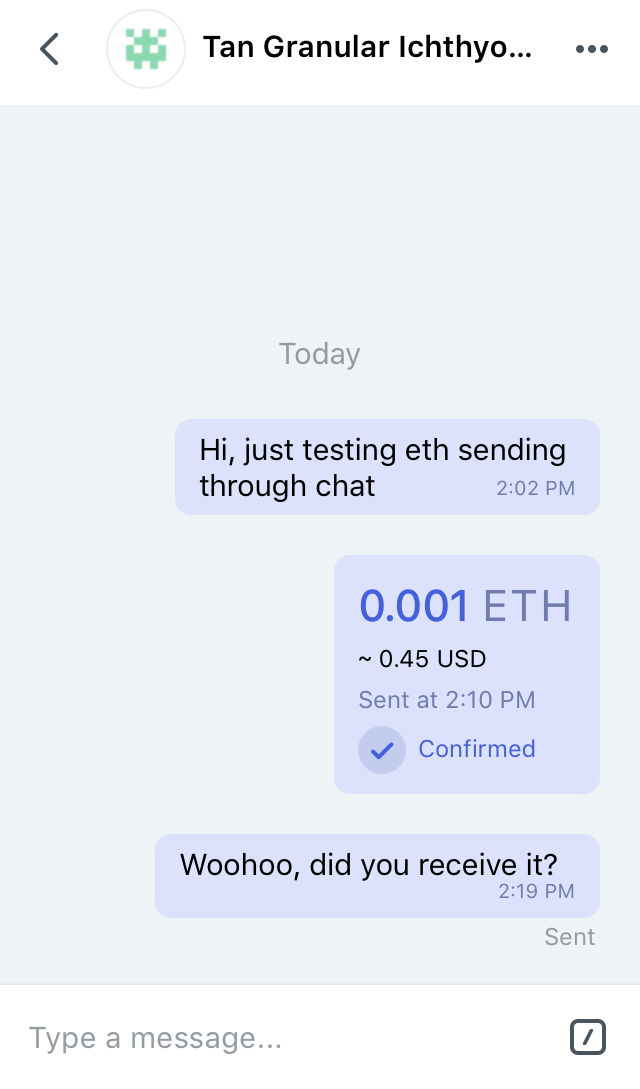 He/she didn’t respond by the time of publishing, not even a thank you. Maybe they never even got the message. We don’t know what happened at their end, what we know is the ethereum network stands to proof this transaction was sent:

So, here comes our critique. We must say we love it. It is very fast, and we don’t mean fast considering etc, etc. Once you tap, things do move and things do load as fast as any other app.

Everything works, and without any problem, at least as far as going through all of the above is concerned and in this case.

They also seem better than MetaMask at estimating fees as we had to wait far less for the first transaction we sent through status. Yet status is a bit slower than etherscan to update when a confirmation has been received, but not by much, perhaps 2-3 minutes.

One criticism may be they do not show the eth value in dollars when we are sending eth, like MetaMask does, and although status does allow you to set fees, it doesn’t show that in dollars either.

Besides that, it is difficult really to find something to criticize as much as we love doing so in these test runs. Perhaps the fact we could randomly pick a person, add them, say hi, and send eth is a point of criticism, yet it could well be a feature.

4.5 out of 5 is our very subjective rating. That’s the highest we have given, so congratulations to what must be a very fine team that has made a product which just works.