Bart Simpson, the much loved mischievous American boy, has hacked ethereum’s chart on this July the fourth to make an appearance.

The sophisticated hack began at 2PM London time on July the second, when Bart drew the left side of his square head.

That affair was simple and easy to perform, ending in just an hour. A complex task however faced mischievous Bart at 3PM when he was to draw his hair.

It appears the clearly skilled American succeeded for an entire day, but something went wrong at 11 AM on July the 3rd.

The hacker’s pen seemingly slipped slightly, with Bart failing to keep a straight line, but nonetheless he continued his operations until July the 4th.

On that day, at precisely midnight London time, Bart drew his right side. It was slightly less clean than his left side, so this time it took about 3 hours, ending at 3AM on July the 4th. Price then immediately begun moving up in a less discernible pattern.

The crypto space never had the privilege of being visited by Bart until shortly after bitcoin futures launched in December.

The very unnatural pattern appears to be a clear sign of manipulation, with traders potentially going long on futures, buying bitcoin to send up the price, then shorting futures and sell the coins.

It is unclear whether that is an illegal activity, and/or whether regulators would do anything even if it was if Bart is in fact Wall Street banks.

They are too big to fail and their personnel is too big to imprison, so the most they might get is perhaps a fine of likely less than 1% of the profits they may have made from all this barting around.

Yet we have no evidence it is futures that are causing the above pattern, except for the fact its appearance coincided with the launch of futures.

Nor are cryptos the only one to see Bart. Gold bugs have long been complaining of futures manipulating their prices and Bart there is visible over a period of months rather than just days.

Stocks have that zig zag too, but in a more natural looking form rather than in Bart shape. Here is Dow Jones in one hour candles for example: 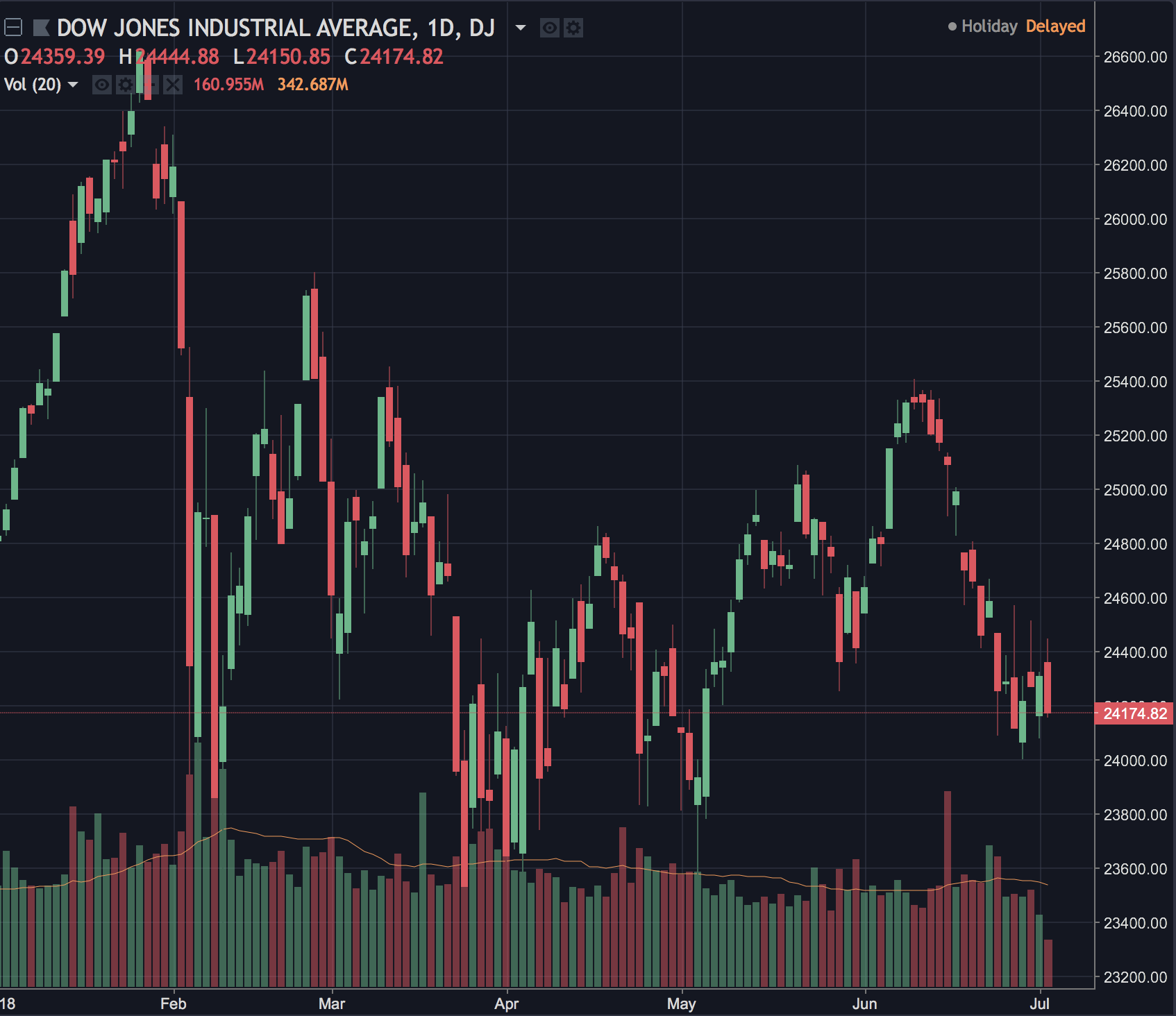 Futures, they tell us, were invented when farmers wanted to lock today’s price for their crops, and receive that price in say three months time.

Modern day futures on Wall Street, however, do not really receive anything, nor is the price locked, nor does anything real exchange hands.

Moreover, even the collateral in futures is not in the real asset itself, but in dollars. So that all creates a different market which needs not really have any relation to the real price.

Future prices have their own supply and demand with the actual spot price being more of an indicator at best, for nothing actually pegs the future’s price to the spot or actual price except that traders might use it as a base.

Premiums sometime can develop, with the price in futures being $1,000 higher or lower than actual price, something which doesn’t really even create any arbitrage because there is no real asset behind the futures.

Which raises the question as to why they exist at all? They appear to perform no function except for a manipulative avenue that enriches wall street banks at the expense of everyone else.