Over the last few weeks, the crypto market is recovering, which could be interpreted as correction with respect to the previous descending trend.

This short term ascending trend is not over yet, but the momentum has almost faded out. The long term trend is still descending, and it is likely to continue after this short term correction. 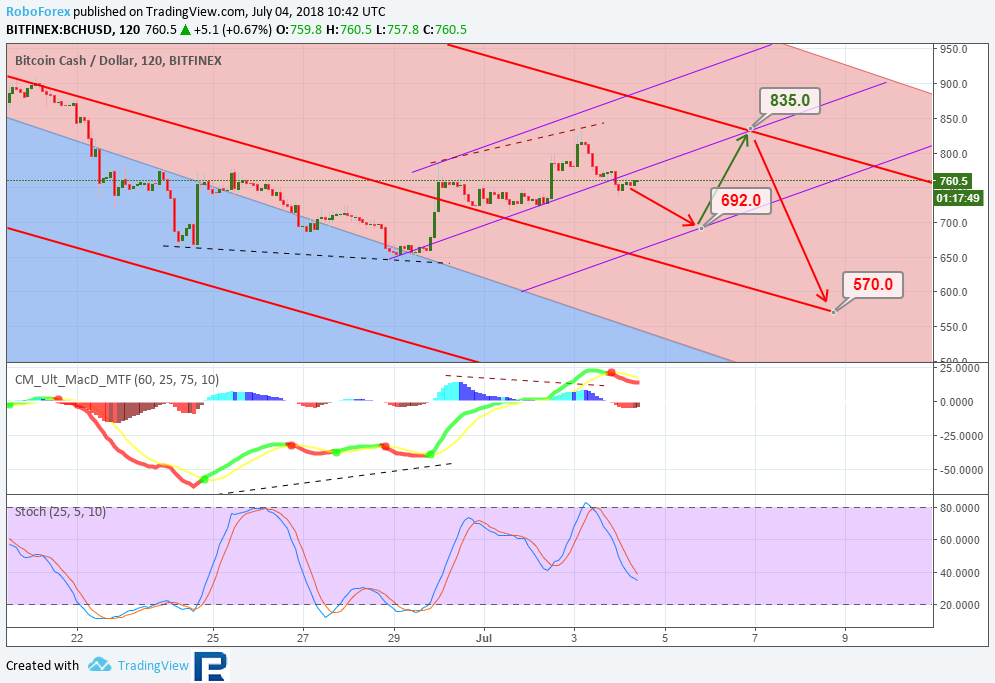 On H2, Bitcoin Cash is rising after breaking out the previous descending channel resistance. $835 is still its major target, while short term, with divergence and local support breakout, it could well go towards $692.

The movement towards the major goal should continue, especially if we get the golden cross pattern on the Stochastic chart. After achieving this goal the coin is most likely to bounce back and fall to $570. 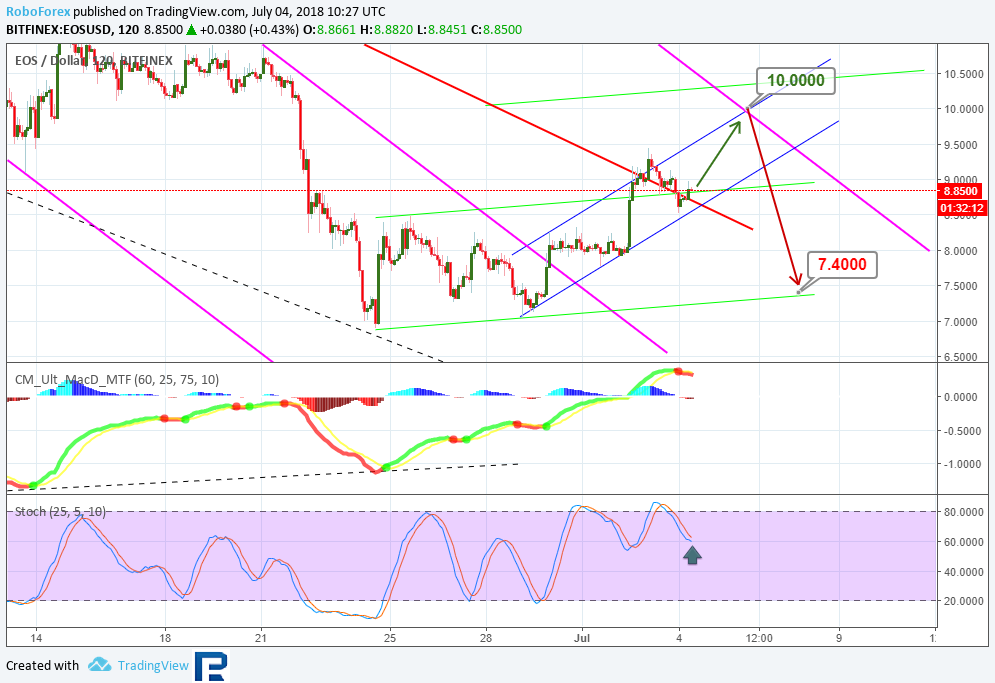 The uptrend is also supported by the MACD, where the signal lines entered the positive territory. This will be confirmed once again in case the golden cross pattern appears on the Stochastic chart.

After testing the resistance, however, an uptrend may form, with a primary target at the support near $7.40. 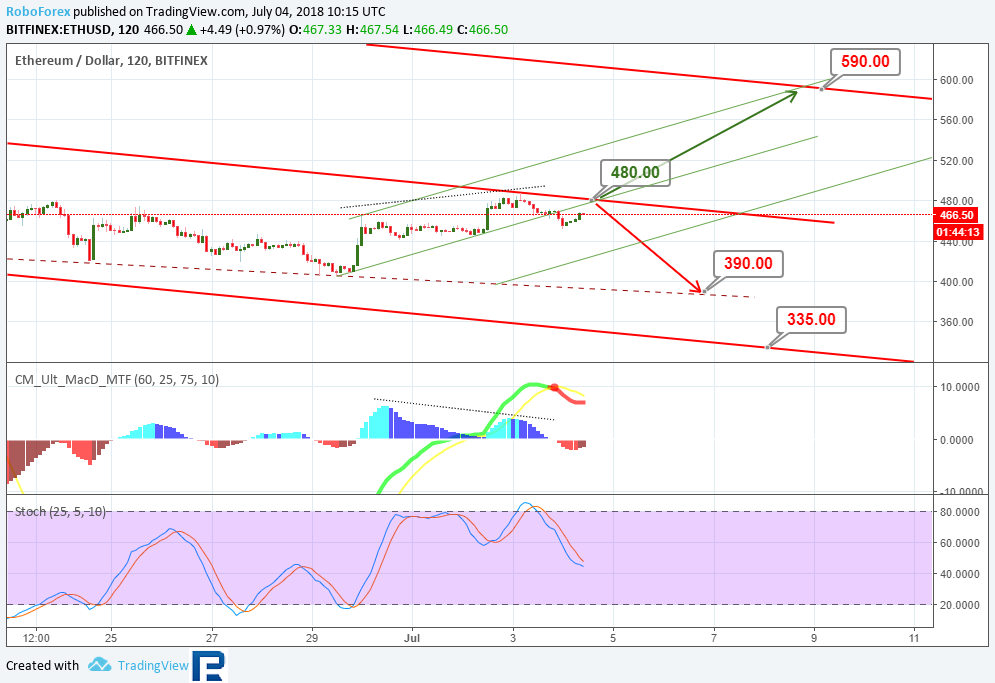 Ether is still trading inside its descending channel. There is a local uptrend forming that might break out the resistance at $480.

Once the price manages to stay above, a mid term trend reversal will become a likely scenario, with the new uptrend heading towards $590.

However, if there’s no breakout in the short term, the current resistance testing will end with a bounce-off and a fall towards the local support at $390. This is exactly what the MACD divergence is telling us. 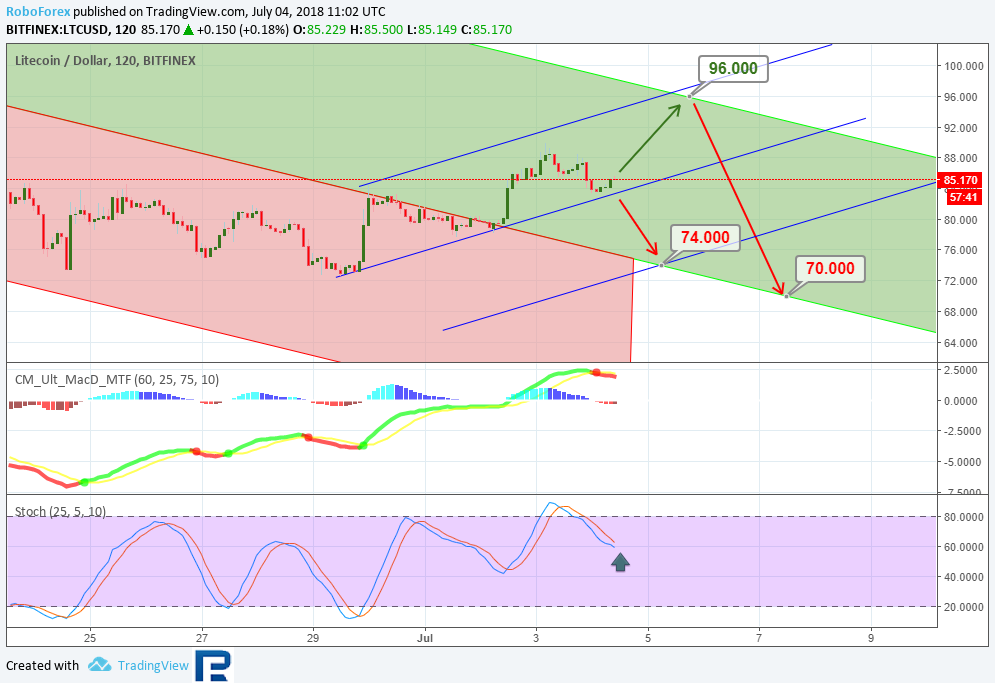 Litecoin has broken out the previous descending trend and is now forming an ascending one, the target of which is at the projection channel resistance near $96. The current ascending channel is quite steady. Here, we have two most likely scenarios.

The first one is the uptrend going towards $96 with the price further bouncing back to the support at $70, while the second one is the immediate short term trend support breakout and the price going down to $74. The indicators are signaling a period of local micro correcting with a further uptrend forming. 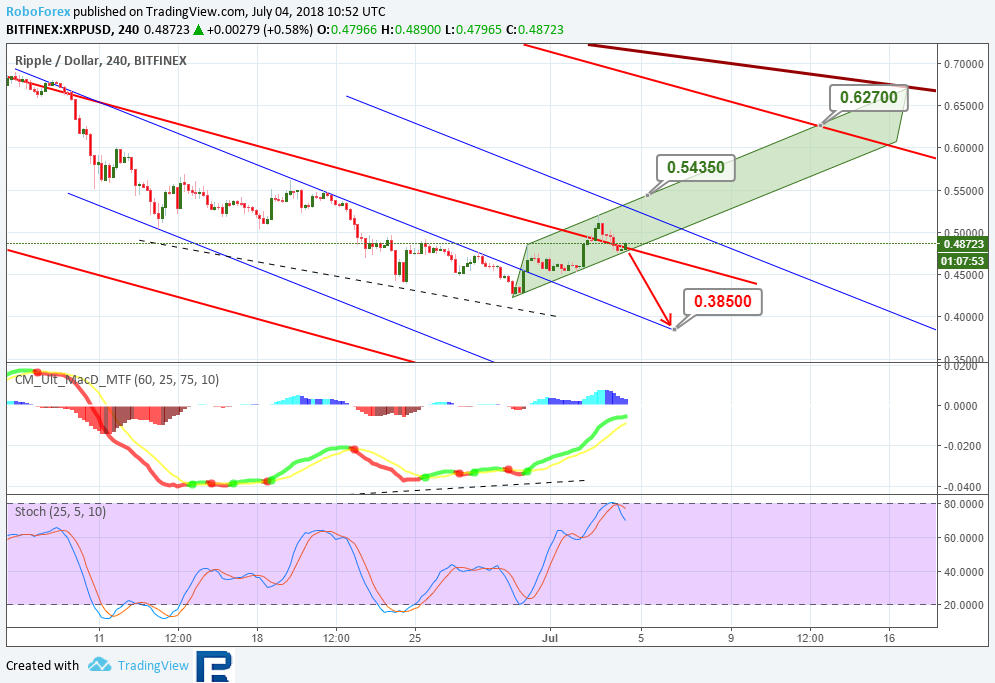 Ripple is showing one of the most interesting outlooks from the technical point of view. First, both the MACD and the Stochastic were converging, which was a reversal signal. Then, the price broke out the short term descending trend resistance, which allowed the chart to form a new ascending channel.

Right now, the midterm descending channel resistance is being tested. If the momentum and the sentiment stay the same going forward, there may be a new uptrend target at $0.5435.

In case the midterm trend is broken, too, the price may arrive at $0.6270. Meanwhile, the Stochastic is forming a black cross, which may signal a pullback to the current support at $0.3850 in the short term.