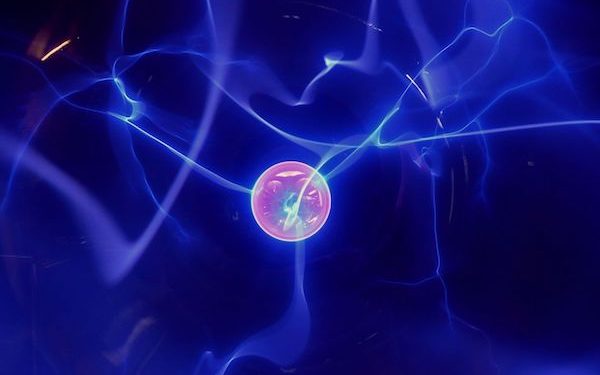 Ethereum’s network is currently processing the lowest level of transactions for the year, down in a straight line from 840,000 on June the 25th to 450,000 on Independence Day.

Yet fees currently stand at nearly 30 cent per transaction, down from $1 since a few days ago but still puzzlingly high considering the network is operating at just 1/3rd of its capacity.

This apparent detachment of fees and transaction numbers might be due to a misuse of gas calculations, yet it might also be due to a stickiness effect.

Comparable to wages which are slow to rise or fall, fees too may experience the same because busy entities may have other things to deal with.

Binance, for example, announced they will increase fees for eth withdrawals to 180 Gwei, or $2 per transaction. Double the recent high of $1 for the network.

As fees have fallen, however, they have not yet made an announcement of lowering them. That in itself, if nothing else, suggests a level of stickiness that may be very slow to respond to actual facts on the ground.

Arguably, however, it should have not reached this point at all. As can be seen above, transactions were somewhat flat with the network running at half of its capacity.

Yet something happened, on or around June the 25th, and what that is exactly we haven’t been able to establish. There are many suggestions, but it does look very puzzling as to how transactions have not increased, but capacity was somehow full.

We could speculate miners might be playing, but we won’t because we have no basis for doing so. Some smart contract may have instead used some idiotic calculations. There is little to prevent that at near capacity except for waiting them out until they burn their money, whether intentionally or by stupidity.

With some buffer capacity space, arguably no one would even know they are being stupid in throwing funds down the drain. Sharding, of course, will provide plenty of such buffer, but so will Plasma.

While Plasma is somewhat closely linked with OmiseGo, it is a protocol that doesn’t quite belong to anyone and isn’t a necessarily one implementation fits all. Vitalik Buterin, ethereum’s inventor, says:

“Great to see at least three Plasma projects getting close to releasing something! But we must continue to be vigilant, and beware of projects that claim to be Plasma for marketing but don’t actually have Plasma’s security guarantees. Demand links to the contracts and audit them!”

It’s all bleeding edge, and of course there is much anticipation around it. Less than sharding, for sure, but still. So there can be window for intentional or inadvertent misinformation, which is why we asked him for the three Plasma projects he has in mind. Buterin says:

“Loom for example made an announcement already. But we need more eyes critically auditing all of these projects, and demanding code, security model and proofs. For now English is fine, but we should be moving toward formal verification.”

Loom is doing some fine things as they focus on the blockchain gaming niche which needs considerable scale as kitties of course could go so viral they make BBC news at ten. In regards to the other two, Buterin says:

“I am thinking of Bankex and NOCUST. But I am just going by announcements; I personally do not have the time capacity to audit these projects, and really hope others do. And that the projects release contract source code, security model and proofs to make auditing easier.”

Bankex is a crypto custody service. They have apparently further launched some Plasma code. While Nocust is the implementation of Liquidity Network. They tell us:

“The launch includes the release of a Mainnet Wallet and a Liquid ETH token to facilitate payments across the network. Liquid ETH serves as the off-chain pendant to on-chain Ether. Transferring Liquid ETH involves no gas costs or transactions fees, making this process free for all users.”

We were tempted to test run it and maybe we will soon enough once times permits, but of course the above three aren’t necessarily the only “legit” ones, with someone for example mentioning SmartMesh. And even as far as the three are concerned, Buterin himself says he hasn’t quite had the time to look at their code.

Yet it does suggest that dapps are sort of having to stand up and come up with implementations or solutions, which they appear to be doing with Kyber Network for example working on a second layer called Gormos, which apparently combines sharding and plasma.

They would have hopefully learned from the bitcoin experience when businesses left it all to some volunteers and expected them to cater to their demands. They didn’t, of course, and instead ended up obliterating many of their businesses.

This is permissionless space, a public commons in many ways. There are of course rules, but there is no king or CEO responsible for x or y. Dapps have to cater to their own needs, and that in many ways is the entire point.

They are closest to the decisions that affect them, so they’re the ones that make them. What trade-offs should the plasma protocol have in their own implementation? What would they like and what would they not want as much? How can they collaborate with other dapps to have more utility and so on.

In effect, what can they do for ethereum by doing it for themselves, just as much as what ethereum can do for them. And the answer to that, time will tell.