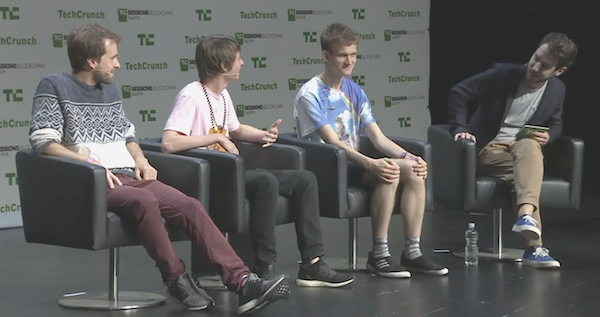 Justin Drake, an ethereum developer working on sharding, has stated that ethereum’s Proof of Stake (PoS) Casper upgrade might come out as soon as next year.

Drake explained that Casper and Sharding have been merged, with the two upgrades called Ethereum 2.0, but he still expects Casper to come out first.

In regards to sharding, he said they have split it into two phases. Phase one may come out in 2020, he said. Then phase two plus may start coming out in 2021 he said.

He also said they are further working, although at a very early research stage, on Ethereum 3.0. That is planned to have super quadratic scaling, he said.

Sharding, as you may be aware, splits the nodes into groups, so that each group of nodes has the same capacity as ethereum’s current network. They then kind of merge together through cross links, so you still have one network.

Now that we have this sharded chain and all is working fine and everyone is confident and so on, perhaps sometime in 2022 or maybe 2025, you can then split those 1,000 nodes each perhaps in 10 groups of 100 nodes each. So then you’d be getting to about a billion transactions a day with the current node numbers.

Of course, if ethereum is processing that many transactions, or anywhere near it, you would think there would be a lot more businesses and people that would run a node, not least because the required resources would be just a laptop.

That’s because effectively, as far as the end node operator is concerned, there would be no difference between running a node today and one where the network is sharded or is sharded squared as his or her node would still be processing around 1MB of data every ten minutes as it does currently.

For the network, however, there would be a huge difference because of incredibly more capacity, all of it while maintaining decentralization and security.

To achieve that involves a lot of maths, Karl Floersch, another eth developer, said. And how exactly it will look in the end remains to be seen, but dapps can scale even now he said by using hashes of merkle trees in a technique known as Plasma or more generally what we call bundling of transactions or actions.

Something which has taken some urgency recently because the network has become very congested despite barely handling 450,000 transactions with fees up again to nearly 0.70 cent.

That’s just temporary, however, with at least three plasma implementations in the works as well as other scaling techniques that use the blockchain more efficiently right now.

Correction. It would have to be 160,000 nodes for the above scenario to work. The math is still sound however if a zero is taken out of the node clusters.