Ethereum’s Casper and Sharding Delay Disappoints, But Can the 2020 Deadline be Reached? 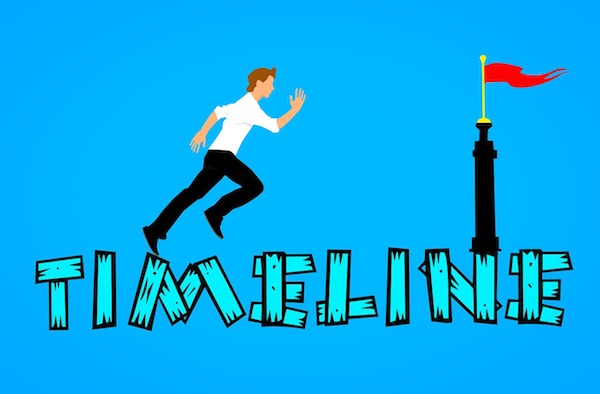 Two weeks, 18 months, days not weeks, years not decades. All memes arising from one delay or another, with the latest being hybrid casper.

It was meant to come out around now. Inflation would be slashed to just 2% a year, we were told. Proof of Work (PoW) miners would have far less say, and far less reward. Ordinary ethereans would have an ethereum based savings account through staking. Testnets out one after the other. Even geth and parity started testing.

All appeared to be a matter of weeks, not months, until buried somewhere in some forum someone says all of that is thrown out.

An ethereum dev who was working on hybrid casper couldn’t hide his disappointment very well in a dev call. Initial response from ethereans was a silent gasp. Like children who thought they were just about to get some candy, to be told they will get more of it a little bit later.

Criticism of ethereum developers however has been muted and for good reason. They’re engaging in frontier research and the problem isn’t really something you can throw money at or people.

It’s complex high maths, with many moving parts and of course billions on the line. So no one felt any anger at the announcement, or at least not reasonably so, but more a slight disappointment.

There have been criticisms, however, especially during the recent network congestion. They should be less at conferences and more on coding, someone says, which we find a bit unfair.

They need to relax now and then too and ethereans do need to be informed on how developments are going, what’s the current thinking and so on. Plus Karl Floersch, for example, was “found” at one such conference. Arguably they need to do more such findings rather than less.

One point we might raise is just how was this decision made and why was it made so late. There was no hint of it, no suggestion in dev calls. Was it discussed, for how long, when was it first suggested, and so on.

There of course needs to be a fine line here between some discussion appearing as disagreement that potentially causes needles controversy on the one hand, and the need to keep ethereans informed.

We of course certainly wouldn’t want to be asked whether we prefer contract casper first or beacon casper, but we would have liked to have known that there are such discussions and perhaps the pros and cons should have been subject to some public debate.

Again that needs to be balanced against the risk it descends into a storm in a tea cup, but there is also the risk next year they might decide it is best to wait for full PoS or phase 1 and 2 of sharding should be merged and launched together, etc.

Not that we’d necessarily object for it is hardly our business to do so, and of course there is no suggestion that either of those scenarios might happen, but one must be mindful of the temptation to perfection leading to potentially unnecessary delays.

In a network like ethereum of course what is good enough and what isn’t doesn’t have the same answer as in some app. Plus two years is hardly a long time, so if more can be done in that period by this change then it may well be worth it.

The main candy to soothe impatience is a 32 eth deposit requirement rather than 1,500, but now they’ll have to design this beacon chain, and that probably means they’ll have to flesh out sharding. That may be done by next year, but it sounds like a lot of work.

Sharding itself is of course plenty complex. Justin Drake, an ethereum developer, says “phase one is actually the data layer, so coming to consensus as to what data is in the shards. Phase two is all about the state, giving meaning to that data and the notion of transaction.”

What that translates to is unclear at this stage. There were five phases, and a simplified sharding implementation. Now there are two, or perhaps two they are working on. Next month they might perhaps tell us something else.

That’s because much of it still appears to be in the research phase. There is a general structure, but one does have to start wondering what exactly they did for all of 2017?

Full Casper, for example, has been in research since what feels like decades. Nor have we heard much about it or when that might go out. From their explanation of Casper with Sharding, it does look like the jump to full casper would be relatively easy, but we’ll just have to wait and see.

And that’s fine. We did give them a self-imposed deadline of 2020, so they are on track in a way, but ethereum should move a bit faster to at least be somewhat sure they can meet that deadline.

Because although there is no new chain with a breakthrough at the scale of smart contracts, competition is heating up. So perhaps eth devs need to start focusing on getting things out as miners are not really giving any brief respite.

That means everything is pretty much on hold for now as far as dapps and projects are concerned. Which is fine in a way as it buys more time for the infrastructure, usability and so on to be further developed, as well as things like plasma, state channels, etc, to be incorporated, with it all being very much temporary. But hopefully that temporary won’t be of a two weeks kind.