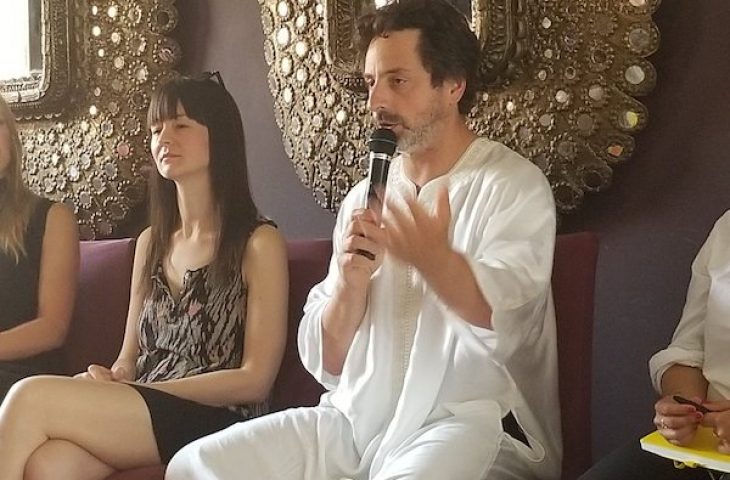 One of the richest man on earth, with an estimated net worth of $52 billion, is apparently mining ethereum according to Michael del Castillo reporting from the Blockchain Summit currently ongoing at Sir Richard Branson’s island.

In a last minute addition to the summit, Google’s co-founder said he is mining ethereum with his son who was born in late 2008, making him just a ten years old.

Whether they play cryptokitties together in addition we do not know, but what we do know is that Sergey Brin said “it’s really mindboggling,” refering to Zcash’s zero knowledge proofs which have also, to some extent, been incorporated in ethereum.

Brin also said in regards to the authentication of records and on the potential of blockchain technology that he could see the future in these mind blowing technologies, according to Eva Kaili, an EU Member of Parliament.

This last minute attendance at the blockchain summit makes Brin the highest profile guest in any crypto event ever.

He apparently is a cryptonian, and has eth. We can assume he has used it perhaps on a dapp, with Google’s founder saying in a letter to investors that we are in a technological renaissance and ethereum is part of it. He said:

“Every month, there are stunning new applications and transformative new techniques. In this sense, we are truly in a technology renaissance, an exciting time where we can see applications across nearly every segment of modern society.”

Vitalik Buterin, Ethereum’s inventor, recently met Eric Schmidt of Google. We speculated whether they might be trying tokenized advertising, but no substantial news has come from Google.

Facebook, on the other hand, apparently plans to launch its own cryptocurrency. Alexis Ohanian, Reddit’s co-founder, is now focusing on a Venture Capital fund targeted at blockchain companies. While Chris Dixon, a well known angel investor, says he hasn’t “heard this much excitement about ethereum since the iPhone.”

All suggesting Silicon Valley has gone full crypto, and more specifically full eth, as another wave of technological innovation now attracts the backing of Google’s co-founder.