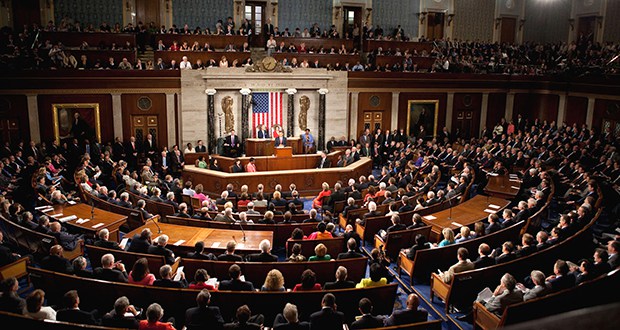 Jeb Hensarling, a Republican who argues regulations are stifling the free land, and Maxine Waters, a Democrat who at times criticizes banks, have agreed on a bipartisan bill to chip away at the Securities Act 1933.

“80% of U.S. business debt financing comes not from banks but from investors in capital markets,” Hensarling said in an editorial recently before adding:

“Without a steady stream of small businesses in the pipeline, the U.S. cannot sustain strong long-term economic growth, much less compete with China.”

They present to Congress and the people the JOBS and Investor Confidence Act of 2018. Among many amendments which we will detail as far as they are relevant to this space, the new act says in summary:

“Amends the Securities Act of 1933 (Securities Act) to modify the definition of accredited investor to include: (1) persons whose individual net worth, including their spouse’s, exceeds $1,000,000, excluding the value of their primary residence; (2) persons with an individual income greater than $200,000, or joint income with one’s spouse greater than $300,000; (3) persons with a current securities-related license; and (4) persons whom the U.S. Securities and Exchange Commission (SEC) determines have demonstrable education or job experience to qualify as having professional subject-matter knowledge related to a particular investment, with the Financial Industry Regulatory Authority (FINRA) or an equivalent self-regulatory organization verifying the education and job experience of such individual. This will create additional avenues of funding for smaller private companies and provide more American investors with additional investment opportunities.”

In other words, unless you are rich, you have to sit a test to determine whether you can invest in hot start-ups. It’s not even a carrot. Who in their right mind wants to complete forms and deal with bureaucracy to invest perhaps after months into promising entrepreneurial men and women?

It is however a start, and the Securities and Exchanges Commission (SEC) here is very much being ordered around by Congress. They will ask them to:

“Study the costs associated with small and medium-sized companies to undertake initial public offerings (IPOs). Not later than a year after enactment, the SEC shall issue a report to Congress on all findings and determinations made as a result of the study.”

That’s just one of many studies SEC has to undertake, including studies of their pointless forms written by lawyers and for lawyers for no ordinary man ever reads a prospectus.

The only other relevant modifications are some small amendment to the crowdfunding act, making all this very much noise with little, if any, substance.

Yet such law, which almost changes nothing, is being hailed as some unprecedented bipartisan agreement, when one wonders why on earth would the left and the right disagree on a discriminatory act that prohibits 99% of Americans from investing in start-ups.

Why, for example, is the exemption set at a yearly income of $200,000. Why not $30,000? Why are banks always given privileges and excluded from any of these prohibitions? Why is SEC to study this here or that there instead of studying the whole thing?

The Securities Act has served us well and we are the envy of the world, Jay Clayton, SEC’s chairman, recently said, yet the congressman is saying “U.S. startups approached a 40-year low in 2016.”

Thus to address this calamity their genius idea is to ask professionals to go through a bureaucratic process to prove they have expertise so that they can invest in a start-up if they are not earning $200,000 a year?

And this genius idea is somehow hailed as some great bipartisan achievement? Is that how low our democracy has fallen, is that how smart our congress is that we have to sit a government test to be free to do with our money what we wish, especially when it concerns funding the great engine of value creation, start-ups?

This prohibition must be ended, and not tinkered at the edges in a nonsensical manner. The left or right here have common ground for even communists like go getters and innovative young men and women.

The whole act needs to be looked at, especially the prohibition on investment in start-ups. Some of it is fine, but we can simplify it all in one sentence.

Any individual, group, or organization that wishes to raise up to $50 million from the public must reveal their revenue, profits, user numbers (where relevant), the experience of their personnel, and describe their project by revealing all informations that are relevant to investors, with it all signed under an oath.

Any factually incorrect statement under such oath, whether knowingly so or recklessly, shall court five years in prison.

Is it better to place the burden on the few entrepreneurs, or on the many investors? What investor will want to go through this test? When an entrepreneur who lies will have investors incentivised to see him in court.

This is the most highly educated generation in the history of mankind. Do not insult us by requiring tests from experts. Tear up the discriminatory securities act.