Last week cryptos experienced an obvious downtrend, but now it may all change radically. While the prices went down, they did not make any new lows, which may signal a correctional uptrend is coming.

Early this week, top cryptos went up to reach their previous highs, so an uptrend is really something we might expect. 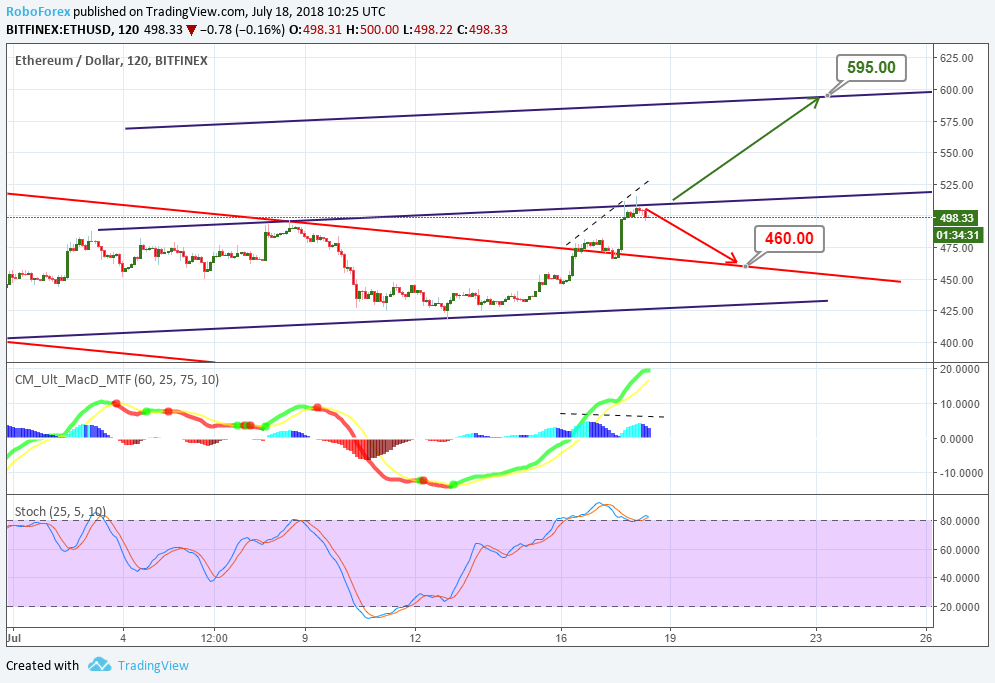 Ether broke out the descending channel resistance and formed an ascending channel instead. The crypto may pull back to the resistance soon, towards $460.00, which is confirmed both by the MACD divergence and the Stochastic being overbought.

The major resistance of the uptrend is now the round number of $500; once the price goes above it, it may go further to the projection resistance at $595.

If this uptrend continues, the price may head further to the projection channel resistance at $1035. In the short term, however, both the MACD and the Stochastic are diverging, which signals for a correction downtrend.

The immediate target may be at the local support at around $825. When it’s broken out, the price may head further to the projection support at $788, and then even to $710, as the price may test the broken out resistance that could become support. 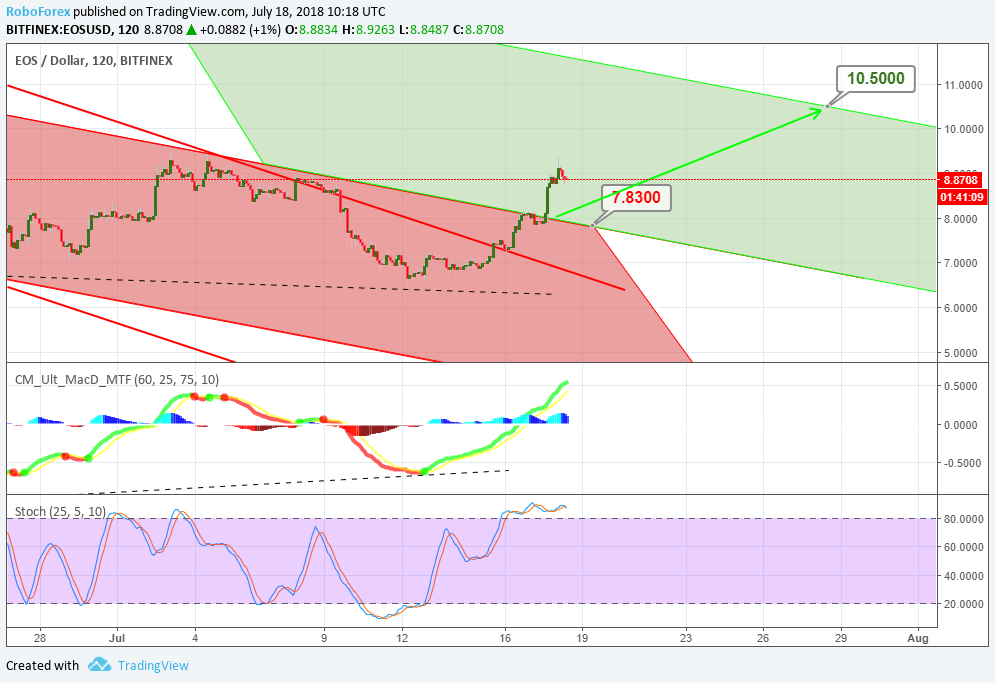 Technically, EOS is acting very different from other altcoins, as the price formed new lows, after which the MACD converged.

This signalled a correction, and indeed the new price impulse broke out the resistance and moved to the upper projection channel. The major target is now at 10.50. 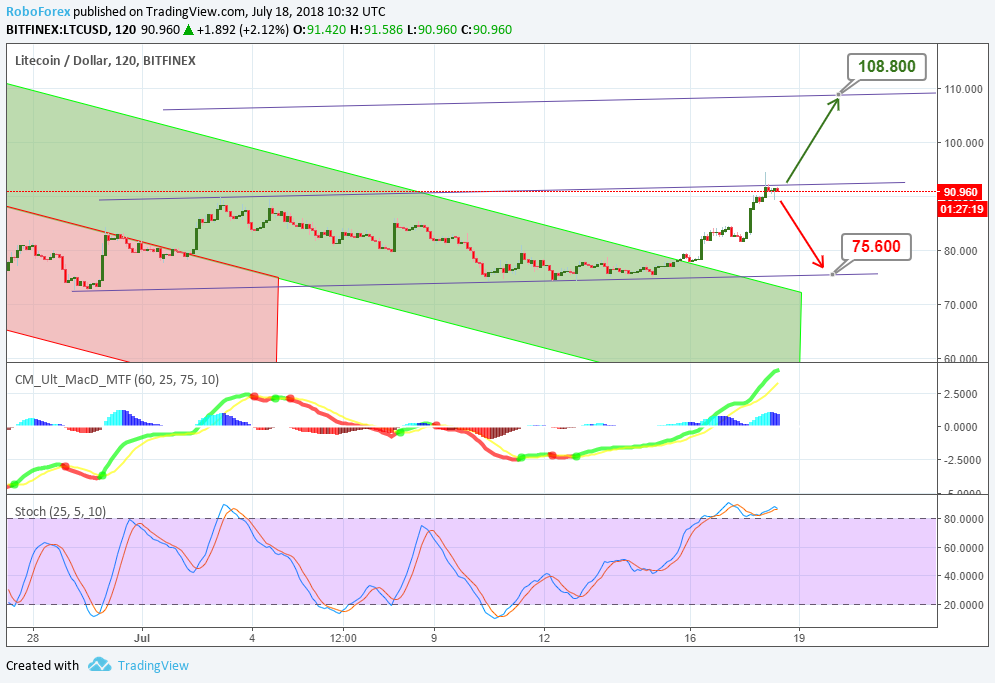 Litecoin broke out the projection channel resistance, which led to an uptrend forming. This uptrend may be followed with a correction to the support st 75.60 after reaching the resistance. This is confirmed by the Stochastic being overbought.

In the midterm, an uptrend should be expected, which is confirmed by the MACD, but first the price should break out the local resistance. The uptrend target may be at the projection channel resistance, i.e at 108.80. 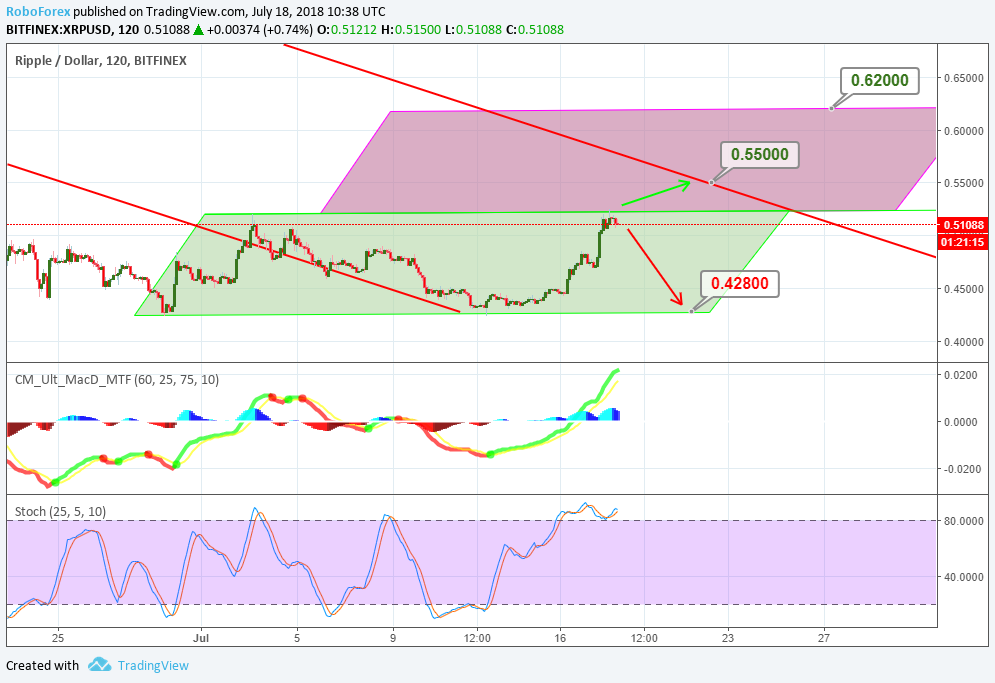 After breaking out the descending channel resistance, Ripple is correcting and trading sideways. After testing the resistance that became support, the price then tested the range resistance, too.

However, the Stochastic is overbought, so the price may well head to the support at 0.4280. In order to form an uptrend, the price has to break out the resistance, after which it may reach the projection resistance at 0.5500, and then move forward to 0.6200.