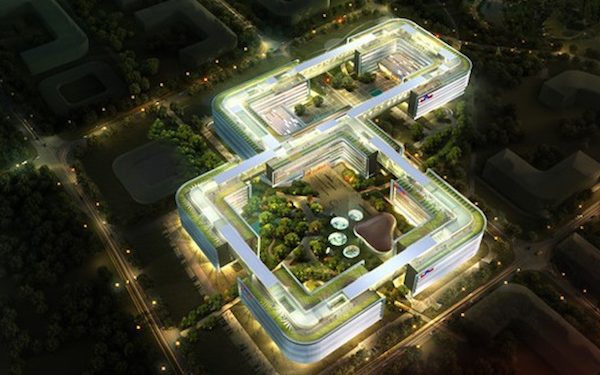 China’s internet search giant has launched a token to operate within an image copyrights blockchain based ecosystem that Baidu says will power their image searches.

The Baidu Totem token was revealed at a press conference yesterday alongside a whitepaper which says there will be 4 billion such tokens with an annual inflation rate of 4.5%. They say, according to a rough translation:

The token runs on Baidu’s own blockchain implementation called XuperChain. They describe it as a Delegated Proof of Stake (DPoS) DAG based design which they plan to open source next year.

“Super nodes with powerful performance participate in the competition of accounting rights to ensure the efficiency of the whole network operation; while other lightweight nodes act as supervisory nodes, monitoring super nodes to perform their duties, thus forming a more credible autonomous blockchain operation system,” they say.

The image copyrights project seems to run on its own chain by adapting XuperChain. You need permission to take part as a node validator, they say:

Thus this sounds more like a private chain, which suggests the tokens can’t quite get out of the ecosystem, but they say the tokens can be used on “Baidu Equity Exchange.”

What that is exactly, is unclear, but presumably it means the token can be exchanged for Baidu services. Describing at a very high level the set-up, they say:

“After the photographer and the organization submit the self-owned title picture to the totem platform through the platform, the platform first calculates the trusted timestamp of the author information and the picture information, and performs the first heavy information storage.

The blockchain cannot be tampered with, and the alliance partners record the characteristics of the endorsement.”

China has banned Initial Coin Offerings (ICOs), but the implementation here appears to be very walled garden, at least for now, with the tokens probably having no way of getting out of the ecosystem, thus making them more of coupons, or points as they call them.

It is unlikely thus they would gain any value, which means it probably doesn’t fall foul of any ban, but the only gain here appears to be allowing agencies to have access to this database by themselves running a node if Baidu clears them.

That means it isn’t quite the case that “the blockchain cannot be tampered with” in this set-up, because the very limited number of nodes can change whatever part of this set-up they wish and the rest might not even know it.

Which is why bitcoin or ethereum run on a public blockchain to make it far more difficult to tamper their blockchain and technically impossible for there is always a public record of history.

In the XuperChain there does not appear to be any public record, but they say their open source plan is: “in July 2018, Baidu’s internal open source. 2019, Q1, open source to the whole society.”

Something which would be very interesting indeed for it may act as a stock of sorts, but how exactly the token aspect will develop now remains to be seen.