Bitcoin,Crypto,Ethereum,News,Trading Cryptos Sideway at a Market Cap of Just Under $300 Billion – Trustnodes

After a surprise jump in bitcoin’s price by some $1,000 on July 17th, bitcoin’s price and much of the crypto market cap has been moving in a straight line for the past two days.

Trading volumes remain at around $18 billion, with some cryptos losing some gains, while some others gain a bit more, but it appears like the market is kind of quieting again after much noise for a brief few hours. 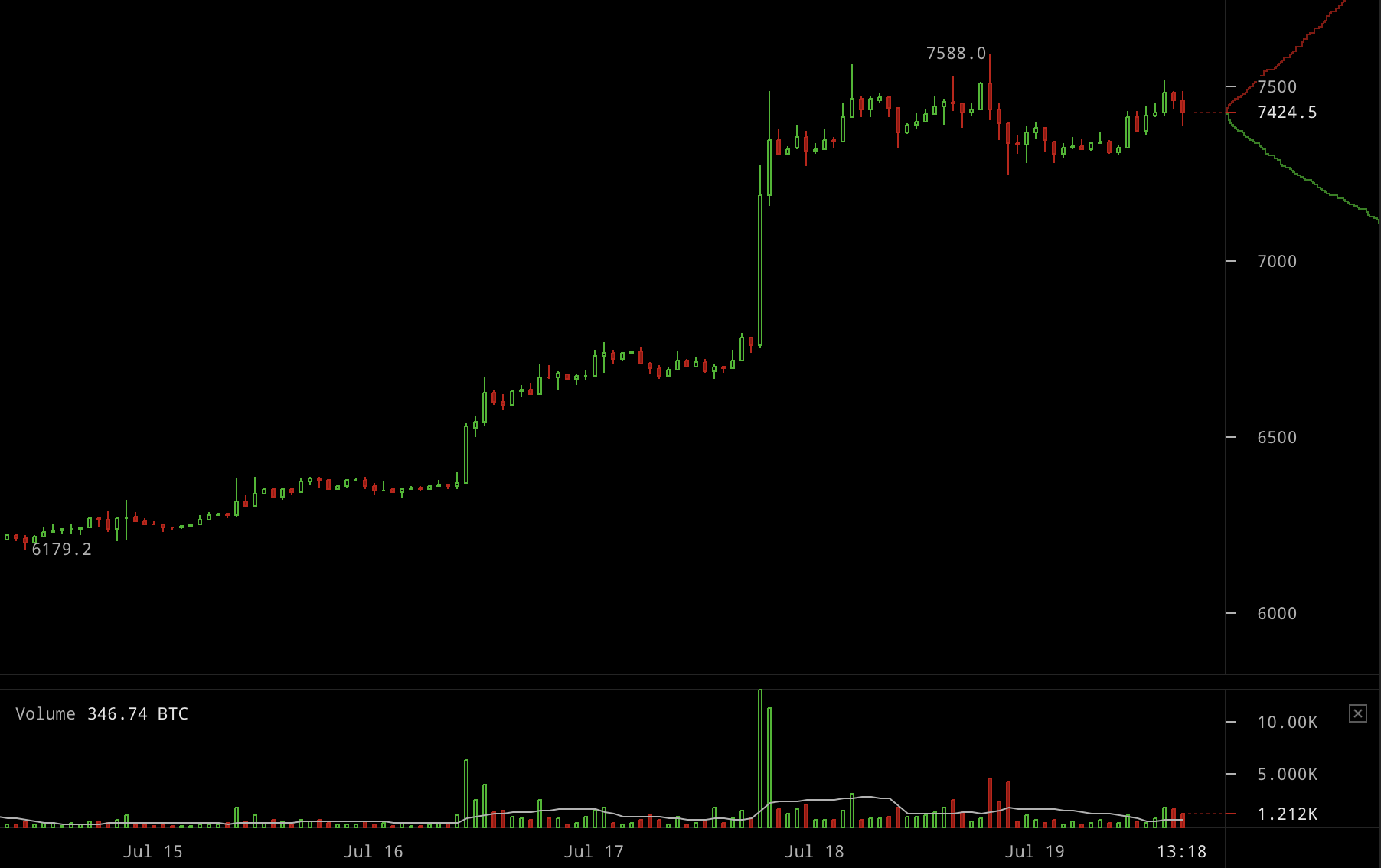 Bitcoin has risen by around $1,400 since last week, retaining most of its gains so far, but for ethereum it is a bit of a different story.

Ethereum was slowly going up from $430 to pass $480 until bitcoin propelled it to a recent high of $520. Yet it seems eth felt that jump was a bit unnatural, so fairly quickly went down to $470 and at the time of writing is seemingly going down a little bit more. 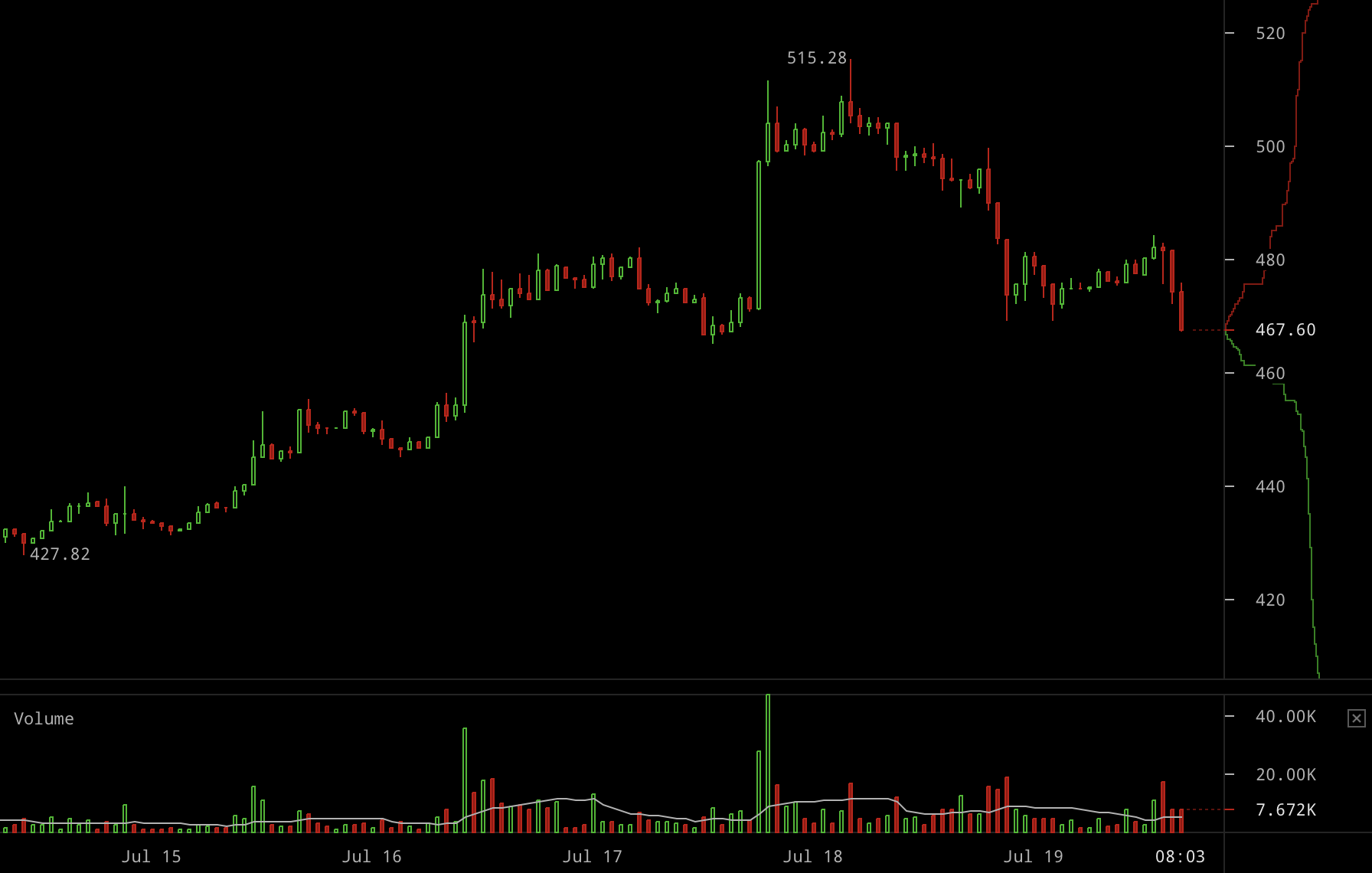 One can feel a sense of anger mixed with despair to the point of tears and fear in ethtrader. Why bitcoin go up and eth not, has been the refrain for the past two days, with most of them seemingly ignoring the fact eth was up by around $100 in just a week.

Plenty of them seem obsessed with the ratio, presumably because they’re undecided on whether they should be on bitcoin or on eth, with traders thus worried as to which might gain or lose more.

But it might perhaps be more than that. They look impatient, fidgety, as if they are owed a bull run, as if it is their right to have 10x gains in days, not weeks, with the implication of course being that otherwise they’re out.

And some of them will of course sell low. Some will then probably buy high. Yet just how low or high is not a matter for trustnodes.

The current atmosphere in ethtrader, however, we have not previously seen, perhaps ever. Bears rule for sure and bears look scared.

It is reverse euphoria in its full swing. Reverse December. It is the panic of the bears, mixed perhaps with bulls who have just turned bears and are double crying.

But, we may be very wrong. This might turn down again even though it is somewhat holding. Perhaps fast price movements will be a thing again in the short term, but the reaction looks very strange, as if there’s some sort of denial, on both ends.