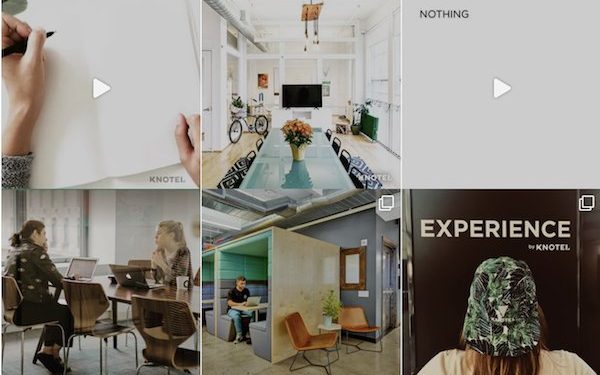 A new start-up that has risen in two years to account for 15% of New York’s commercial property submarket deals, has acquired a commercial real estate listing search company called 42Floors.

Knotel’s founder Amol Sarva says the aim is to get “access to data and technology on over 10 billion square feet of office space, driving further liquidity to Knotel’s marketplace while also accelerating its plans for a blockchain platform.”

They recently raised $70 million at a half a billion dollars valuation, but now the WeWork rival plans to have a pre-sale of Knotel Koin.

In a prospectus like whitepaper they say “the publicly available data pertaining to the commercial real estate market is controlled by a handful of proprietary platforms, such as CoStar, which alone collects close to $1bn in annual service fees allowing brokers and property owners to locate available space.”

This control of data in centralized entities creates inefficiencies, they say, further arguing that:

“The current system creates a fragmented market where controllers lack any incentive to share their data with the public and/or technological resources to produce a clean dataset or innovate on offerings.

Without access to verified and up-to-date information, tenants and landlords alike need to contract intermediaries (e.g., agents and brokers) to lease and rent commercial space, thereby inflating the cost of finding office space and reducing flexibility.”

Their solution is an ERC20 token and smart contracts to provide an open listing platform where office space can be rented for a few hours or a few months.

“You can buy a house faster than you can rent a floor,” Sarva says. “Partnering together will help give owners and customers what they both want: truth.”

Their whitepaper provides little technical detail on the project design. They mention a Knotel blockchain, but at times it sounds like much will run on ethereum. They say:

A smart contract will be established each time a user submits data to the database. A bounty will be held on the contract and paid out after validation of data.

Data validations will also pay out smaller sums of tokens to the later parties. A validation can either be confirmed against the KnotelKoin Core API, or with multiple entries from other parties.

Data submitted to the network will be published, but payouts of KnotelKoin will sit on an unsettled Smart Contract for 90 Days.

This contract will pay out if there is no flags on the data and their is at least 2 confirmations from coreAPI or other submitters. If this data is flagged, the appeals process nulls the contract.”

This thus isn’t tokenized property, but a way to open access to data and make it all public to facilitate deals between landlords and renters.

So making the token itself the only intermediary, with the level of demand for the token presumably being part of their business, but they provide no details on the token pre-sale.