Iranian Money Plunges, Cryptos Sold Out, “Even the S**tcoins” 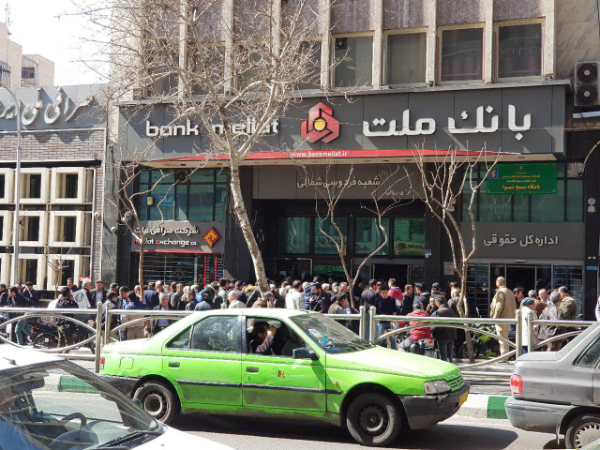 The government there has tried to fix rial to 42,000, but following imminent US sanctions beginning on August 7th it appears Iranians are desperate to get their hands on dollars, gold, or cryptos.

Iran’s central bank has banned crypto exchanges and their government has censored even international crypto websites, with Mohammad Reza Pourebrahimi, the Chairman of the Economic Commission of the Parliament of Iran, recently stating that some $2.5 billion had been taken out of the country to buy cryptos.

However, while they try to prevent their people from getting their hands on bitcoin or eth, the Iranian government itself reminded us once again they are planning on launching a government bond-like crypto token.

“We are trying to prepare the ground to use a domestic digital currency in the country,” Alireza Daliri, deputy for management and investment at the Directorate for Scientific and Technological Affairs, told Iranian news agency ISNA before adding:

“This currency would facilitate the transfer of money [to and from] anywhere in the world. Besides, it can help us at the time of sanctions.”

News is sparse and may take some time to come out of there, but a cryptonian from Iran described the situation as follows:

“First, the IRR/USD ratio made a record low, depreciating further and further with a very bleak future ahead. Gold is being manipulated by the government, that slaps absurd fee on the government minted gold coins.

Second, Iranian exhanges are registering record demand for cryptocurrency as people are flocking to hedge their money. I’v never seen such demand, within hours coins are all bought up, even the s**tcoins.

Third, the government itself told publicly that they are working to legalize cryptocurrencies, both as a means to circumvent sanctions and creating ‘national crypto’ and to promote crypto businesses such as trading, hedge funds and industrial scale mining.”

We can not verify these statements, but they appear credible. That last paragraph would be somewhat surprising, but not unexpected in the current context.

Tensions have escalated in the middle east once again. A new president, a new potential war, or regime change attempt, or god knows.

The Shia nation is mired in regional rivalry with sunni Saudis. A proxy war has been on-going between the two for some time in Yemen. Hundreds of thousands are dead in a war the west has largely ignored.

Relations between Israel and Saudis have considerably improved recently in a way that was unimaginable even just last decade.

US, for its part, hasn’t forgotten the 70s, where Iran’s recent story begins and much of modern history. Following a revolution, religious theocracy rose to power in Iran, western companies were kicked out, oil was nationalized.

That’s the surface, with plenty of complexity underneath. Another war there would be a failure for Trump, in our view. Iran’s Russian ally is trying to spread rumors of it, while others suggest the strategy is popular revolt.

The real risk is Israel binds hands. Saudis would probably assist. Russia would get involved. This time perhaps even China. US has Iran surrounded, with troops in Afghanistan, Iraq, and some of Syria.

A quagmire if there ever was one. A mess with no real end. Suggesting that’s not the aim, but while Trump’s megaphone diplomacy can be seen as just a lion roaring to show his strength so as to avoid a fight, in such a tense region things can easily get out of hand.

As such, Trump has a very delicate dance. His recent uttering of the word peace, a rarity in recent times, would change into a legacy of yet another destruction. While some claim war for a sitting president is good for re-election, trust in the political system would dwindle even further.

With trillions in debt and third world airports, perhaps America does well to remind itself just how Russia went bankrupt.

It’s unimaginable that it can happen, as it was for USSR, yet only fools take such gambles especially when the alternative is a roaring 20s of peace and prosperity across the globe.