Over the last week, the crypto market reacted with a local uptrend to the previous midterm downtrend. After that the prices went down, but then tested the support and bounced off, which allows us to admit this upward correction may continue in the nearest future. 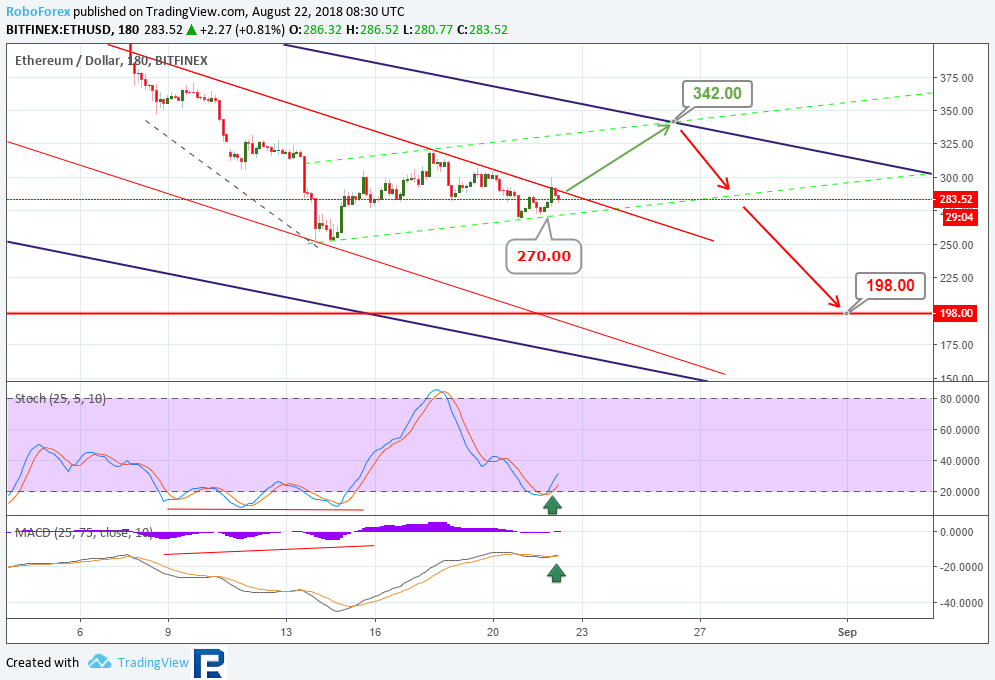 Technically, Ether is starting to correct upwards after the MACD and Stochastic convergence. Both midterm and short term trends, however, are descending.

Currently, the price is trying to test the descending channel resistance on H3, with the support at $270 forming the ascending correctional trend.

If the current resistance gets broken down, the price may reach another resistance, the one of the long term descending trend, at $342. After reaching it, Ether may bounce off and head to the fractal support at $198. 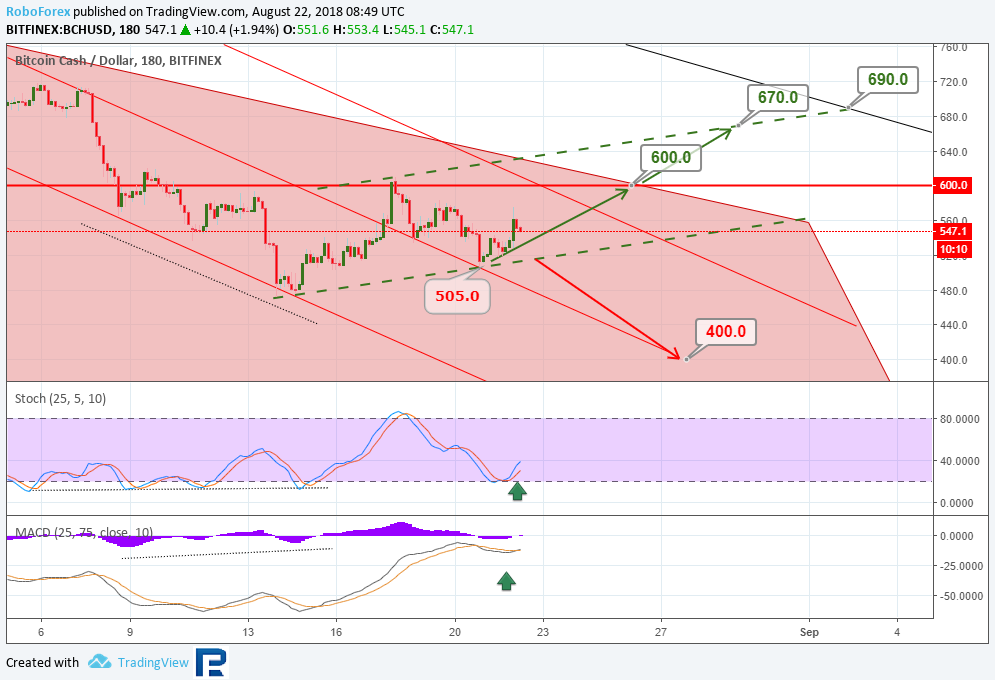 Bitcoin Cash price is above the previous descending channel resistance. However, the fractal resistance at $600 is near, so no quick growth was possible.

The price then bounced off the resistance and went down, which formed a new support area and the ascending channel boundaries.

Current support is at $505, and the upcoming growth is confirmed by the golden crosses formed by the MACD and Stochastic.

Conversely, if the support at $505 gets broken down, the price may move down to the important level of $400. 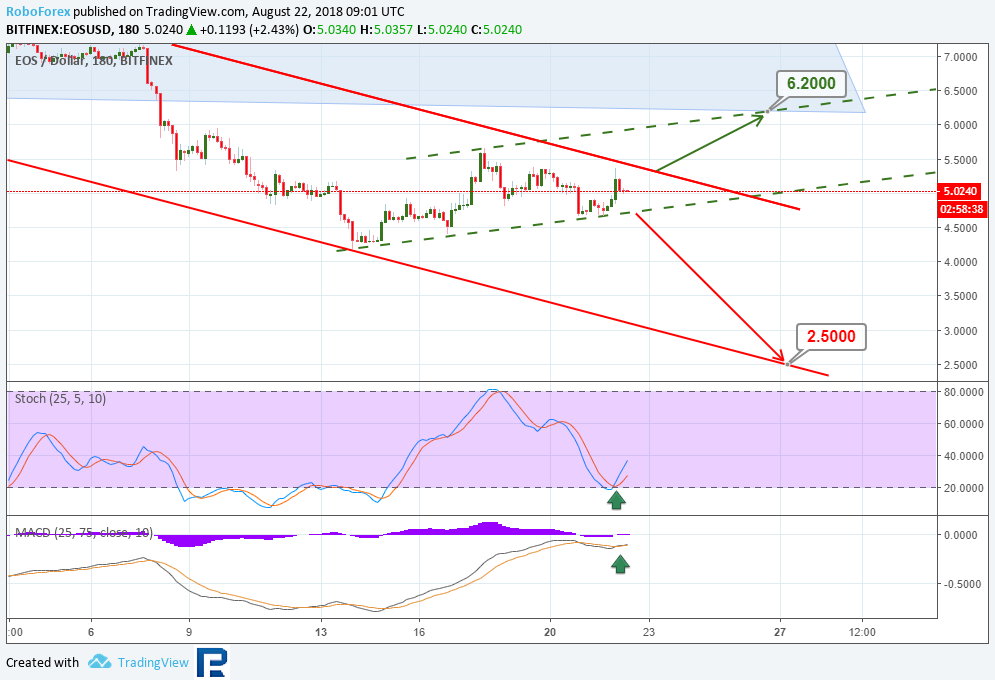 On H3, EOS has not yet broken the mid term descending channel, but the market is already forming a correctional uptrend that targets the major channel resistance.

After breaking it out, the price may form a trend moving towards the fractal resistance at $6.20; after that, EOS may bounce back in the mid term.

Both the MACD and Stochastic show the golden cross pattern, which confirms the likelihood of a breakout. Conversely, if the support at $5.00 is hit, the price may plunge to the major channel support at $2.50. 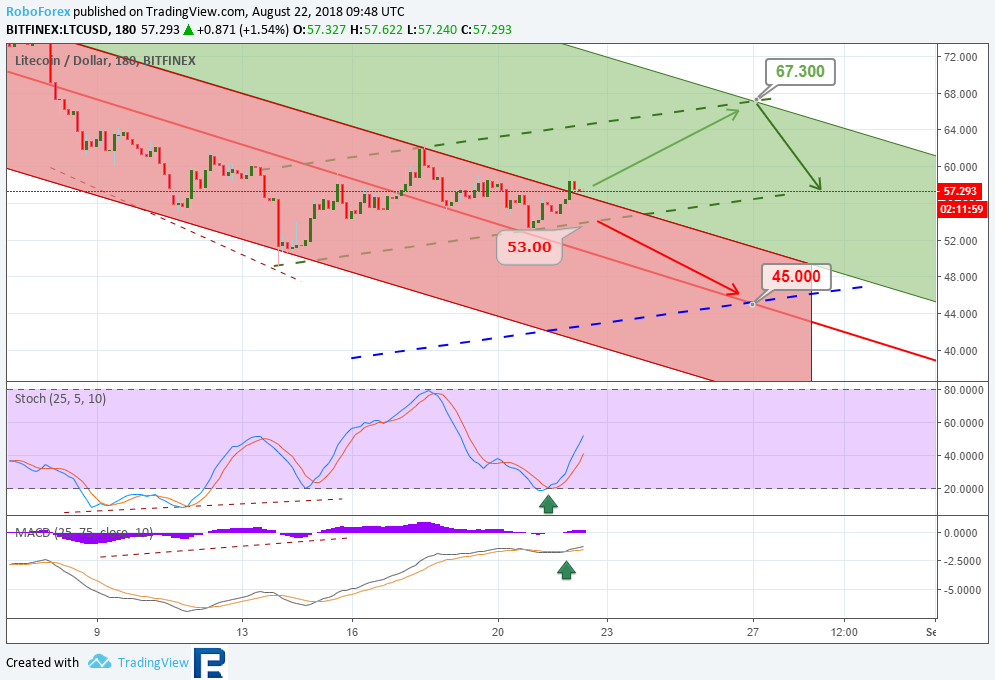 Litecoin tested the current descending channel support, and once the Stochastic and MACD started converging, the price began its upward correction.

Currently, the price is trying to beat the resistance and may then move to the upper projection channel, which is confirmed by the MACD and Stochastic forming golden cross patterns.

The current trend support is at $53.00, while its target may be around the projection channel resistance at $67.30. Conversely, if the local support gets broken out, the price may head down to reach $45.00. 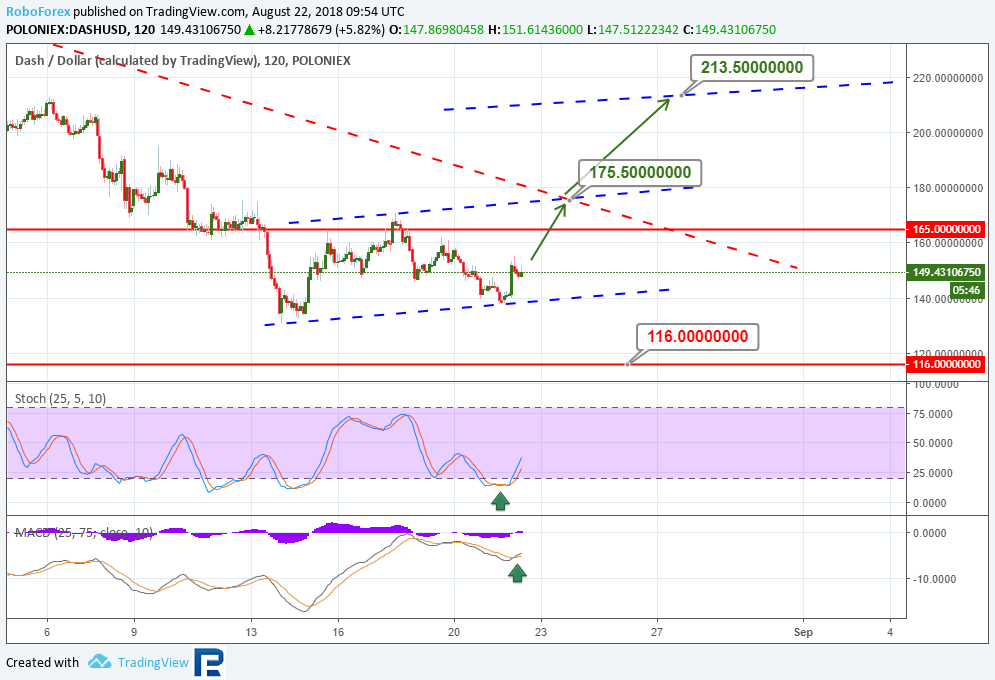 Technically, Dash is starting to correct against its previous downtrend. On H2, the price bounced off the support and started to head up to the mid term descending channel at $175.50. Before reaching it, however, Dash will have to go through $165.00.

After breaking out $175.50, the price may move to the upper projection channel towards $213.50. Conversely, if the support fails, a new downtrend may push the price to the fractal support at around $116.00.