Bitcoin Mining Now Consumes 1% of the World’s Electricity, More Than the Entire State of New York 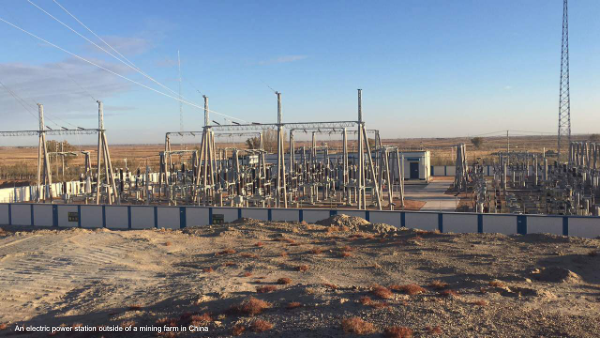 It takes 5 gigawatts a day to mine all the bitcoins according to Arvind Narayanan, a computer science professor at Princeton.

In a recent testimony to the Senate Committee on Energy and Natural Resources, Narayanan estimated that 1% of all global energy consumption is utilized to just mine bitcoin. He says:

“An accepted method for deriving an estimate of the energy consumption of mining is to assume that all miners use the most energy efficient mining device available on the market.

Commercial devices are accompanied by published specifications listing the number of hashes that can be computed per second using the device, as well as the power consumption of the device in watts.

It is then straightforward to calculate how much power is required to compute 50 billion billion hashes per second using the most energy efficient devices available.

5 gigawatts a day can power around 4 million homes, or pretty much all of London with its population of some eight million people.

Yet bitcoin’s hashrate keeps increasing even though its price has fallen by some 75% with it now reaching a high of 54 quantillion or 54 billion billion hashes per second.

He said they restore old power stations, so they are not taking energy off the grid, but one such previously closed power station planned for mining restoration has been called Australia’s dirtiest coal plant.

The impact on the environment therefore is unclear, with bitcoin unlikely to make any protocol changes to address this ever growing energy consumption.

Yet there are plans in the second biggest blockchain, ethereum, to replace mining with staking. At a high level, the only reason why miners need to mine is so as to prove “identity.” On Reddit, for example, you can create many fake accounts. Likewise you can create many fake nodes, but you can’t fake the work done to solve the useless math puzzles that is known as mining.

This work done, at a conceptual level, goes to prove that there is someone behind it, and that someone then “votes” on the blocks and on which chain they want to extend, so preventing double spending.

Yet one other way to prove that there is an individual behind the vote rather than many fake accounts is to lock eth in the “voting” account, called staking, as obviously you can’t fake eth and it would cost a lot of money to gain 51% of all eth.

Under Proof of Stake (PoS), you need no hardware whatever except for an ordinary laptop and some eth. There would, therefore, be no additional energy consumption at all.

This upgrade is in development in ethereum where it is called Casper, with eth devs working on it for now years and hoping to launch it next year.

Once they do and if it all works fine then others would probably copy the algorithm, but whether bitcoin would do so is unclear as there hasn’t been much innovative development on that chain for some time, with bitcoin becoming very conservative as it nears the anniversary of its first decade since it was invented.