This week has become very important for the entire crypto market. A few weeks ago, a correctional uptrend started, showing the market is willing to rise, but then it failed again over the last two weeks, which signaled a new downtrend.

Still, the market did not break out the last low, while this week a new uptrend is probably starting, allowing us to think the crypto market may continue rising going forward. 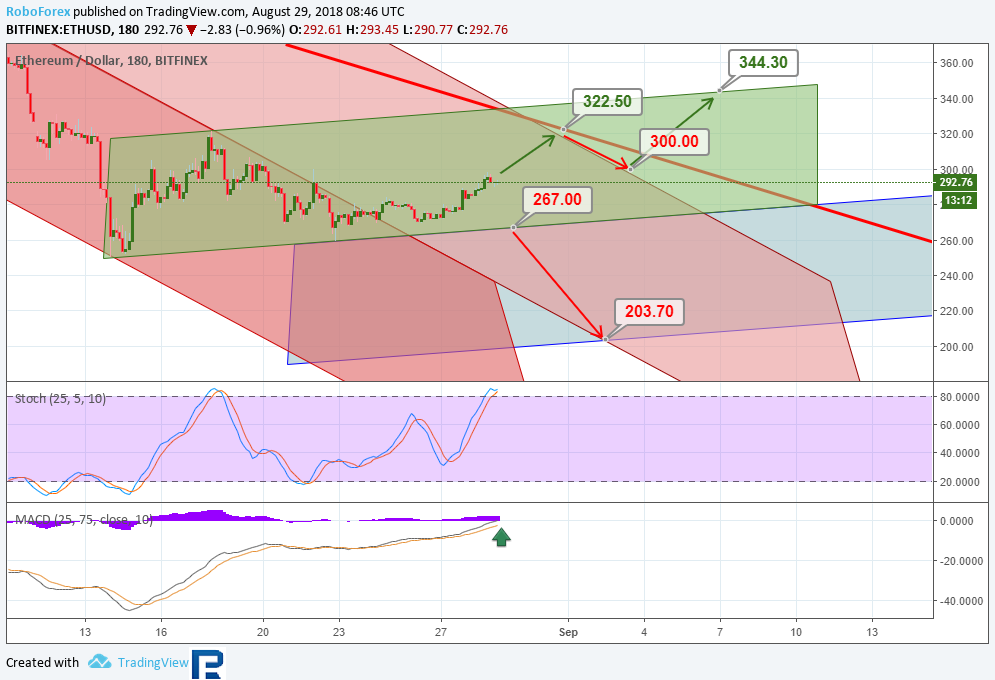 On H3, Ether is breaking out the descending channel resistance and forming a correctional trend. Its target is at $322.50, which is the long term downtrend resistance.

In case the MACD goes above zero and heads into the positive territory, this will be another buy signal. After reaching 322.50, Ether is likely to go back to the round number at 300.00, but only to head upwards again and reach the current channel resistance at 344.30. 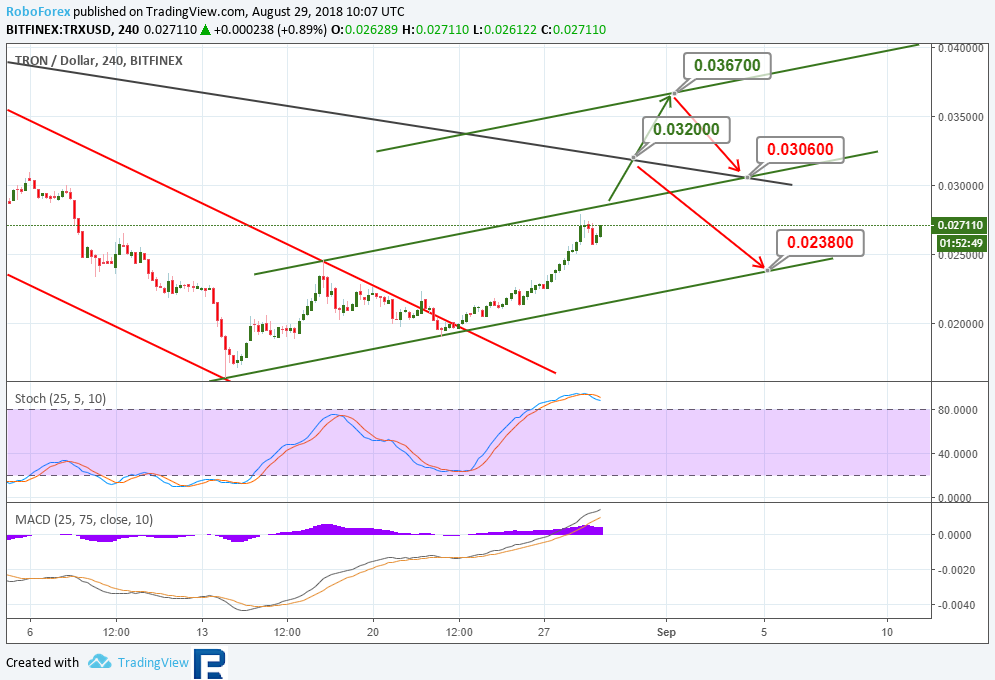 Tron on H4 is uptrending, which is actually a correction against the previous downtrend. The price is now heading towards the current channel resistance, and in case a breakout occurs, the crypto may rise even further and test the long term downtrend resistance at 0.0320.

According to the MACD, short term rise is a very likely scenario, as the indicator crossed the zero line and went into the positives. The Stochastic, if in the overbought territory, does not say the trend is ending, perhaps just slowing down instead. 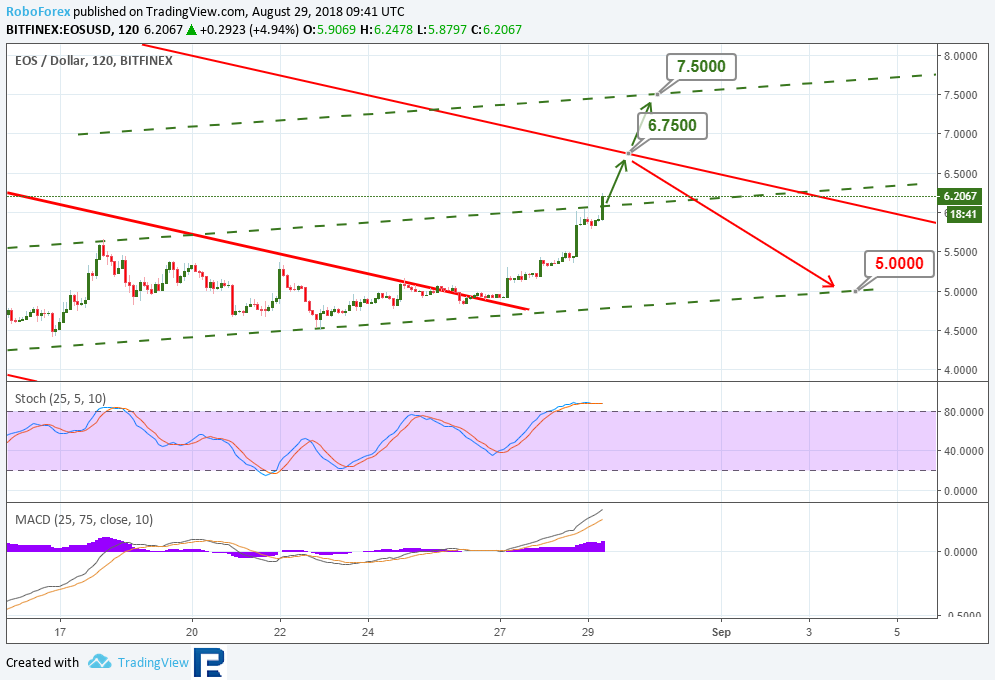 EOS uptrend is speeding up on H2, while the correction is widening. The prices are headed towards the projection resistance at 6.75 after reaching the midterm downtrend resistance.

Meanwhile, the short term ascending channel resistance was broken out, which means 6.75 may get broken out, too; if this is the case, the price may well head to 7.50.

If the bears, however, get active at 6.75, the price may bounce off and plunge to 5.00. Still, the MACD is all for a rise, as it is above zero and moving upwards. 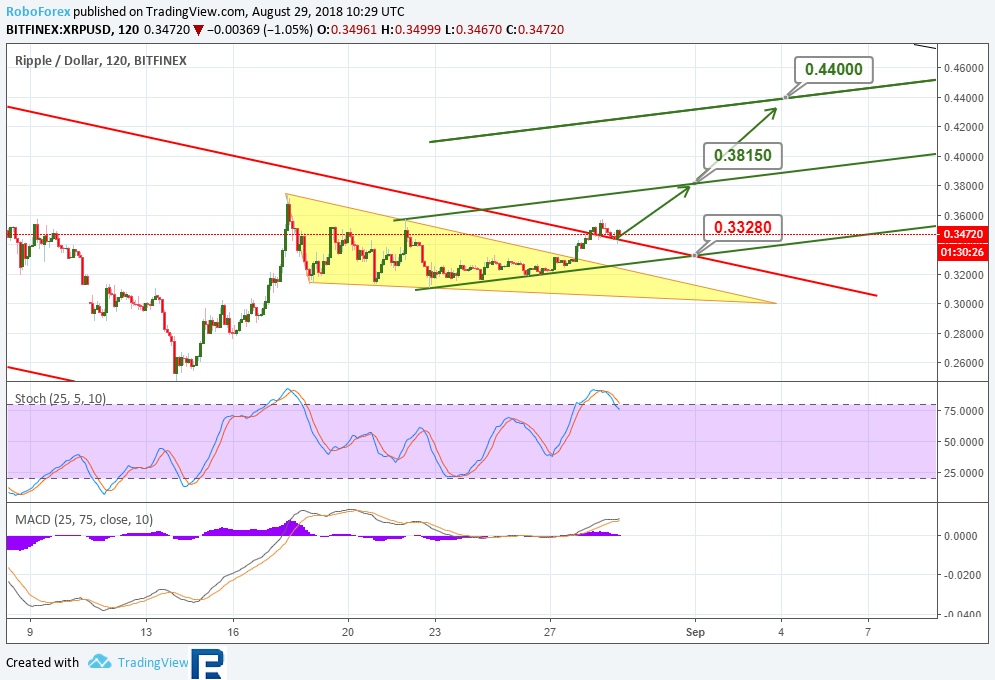 XRP broke out the correctional triangle resistance and is now trying to break out the long term descending trend and form an ascending one.

Meanwhile, the Stochastic is forming a black cross, which may mean the correction may push the price downwards near the level being tested, at 0.3328.

The uptrend being formed has its target at the current channel resistance, which is 0.3815. Once it gets broken out, the price may move to the upper projection channel at 0.4400. 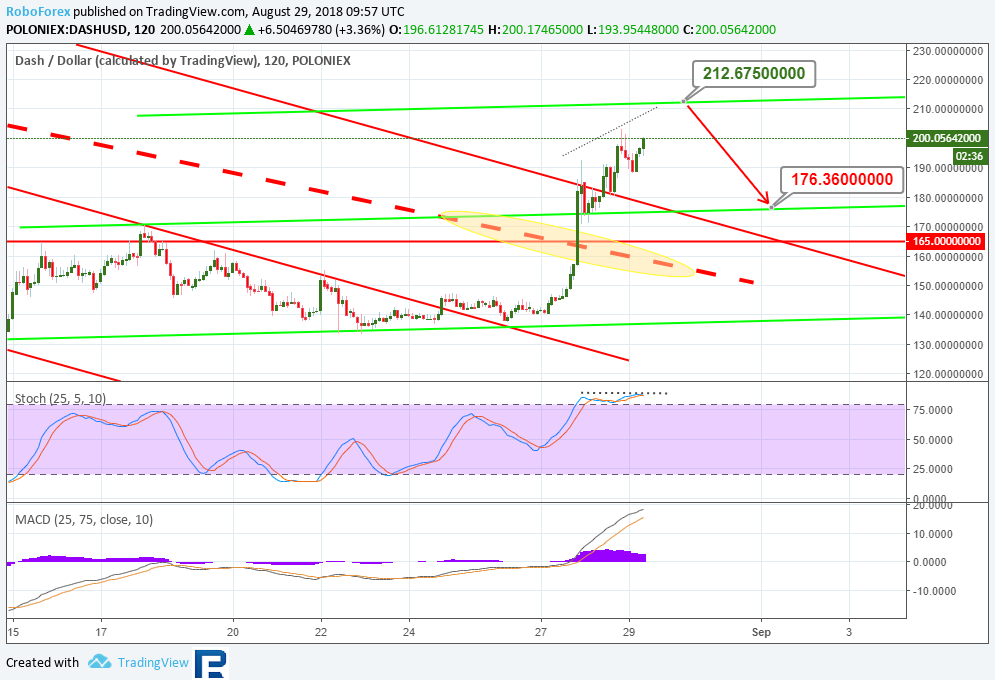 On H2, Dash broke out the long term descending trend resistance; it broke out the range, too, which signals the correctional stage has been extended.

The current rise may have 212.675 as its target, which is the projection channel resistance. The Stochastic is diverging, which may mean the correction may push Dash down to 176.360 after the rise target has been achieved.