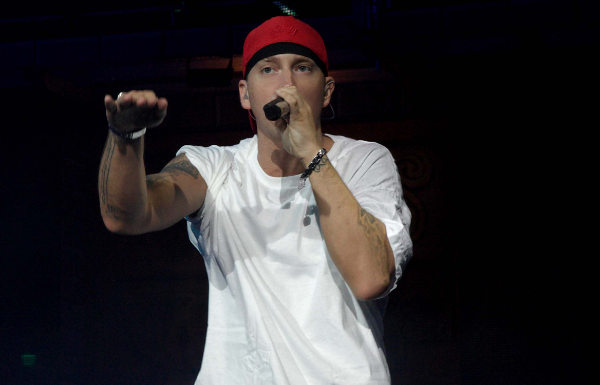 Eminem surprised all by releasing a new album called Kamikaze with 13 tracks totaling 45 minutes. The 9th track, “Not Alike,” gives a shoutout to bitcoin. That track features Royce Da 5’9″ who says:

“Remember everybody used to bite Nickel, now everybody doing bitcoin.”

The album itself mentions many famous figures, including having a go at Donald Trump as Eminem says “I empathise with the people this evil serpent sold the dream to that he’s deserted.”

As well as cultural symbols, of which bitcoin may have now become with it very much entering mainstream awareness to the point famous artists give it a mention.

Something which might not be very surprising as bitcoin was one of the top searched keyword of 2017, considerably surpassing Trump to the point a report by US civil services said America wants to know what is bitcoin.

Bitcoin’s mention in such a high profile album, however, is a first. While many songs have been sang to the peer to peer currency, none have been by already very famous and well established artists.

Making this album the latest sign that bitcoin is reaching different levels of awareness with its perception clearly changing, at least in America, towards being far more favorable as an invention of new digital money for a digital age.