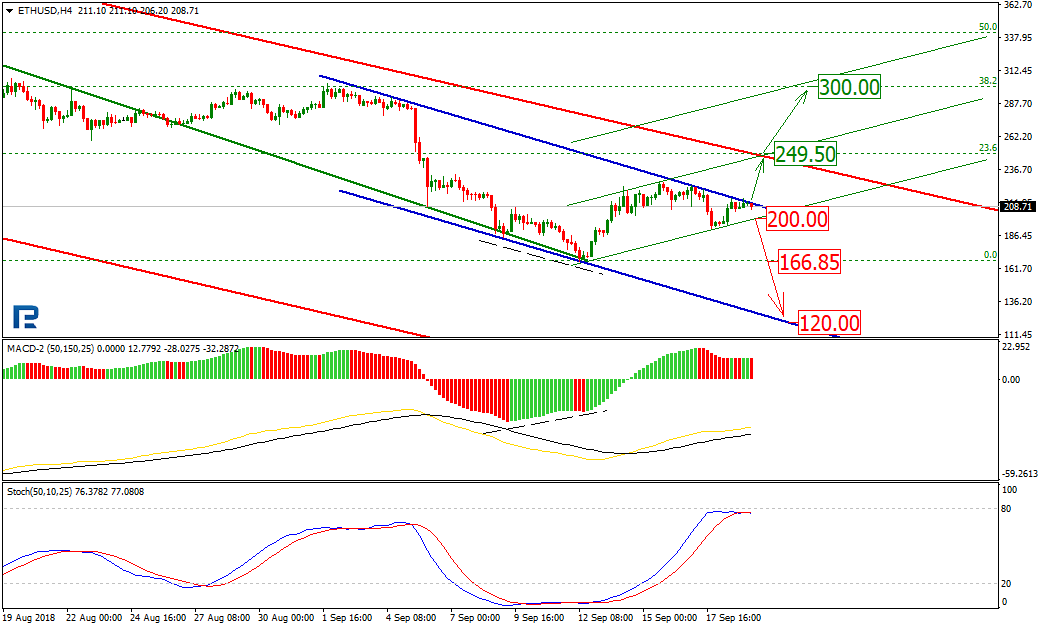 On H4, Ether is uptrending in the short term, although in the long and mid term, the price is descending. This small uptrend was formed after the convergence, so the price may still go up, despite the near resistance pressure. 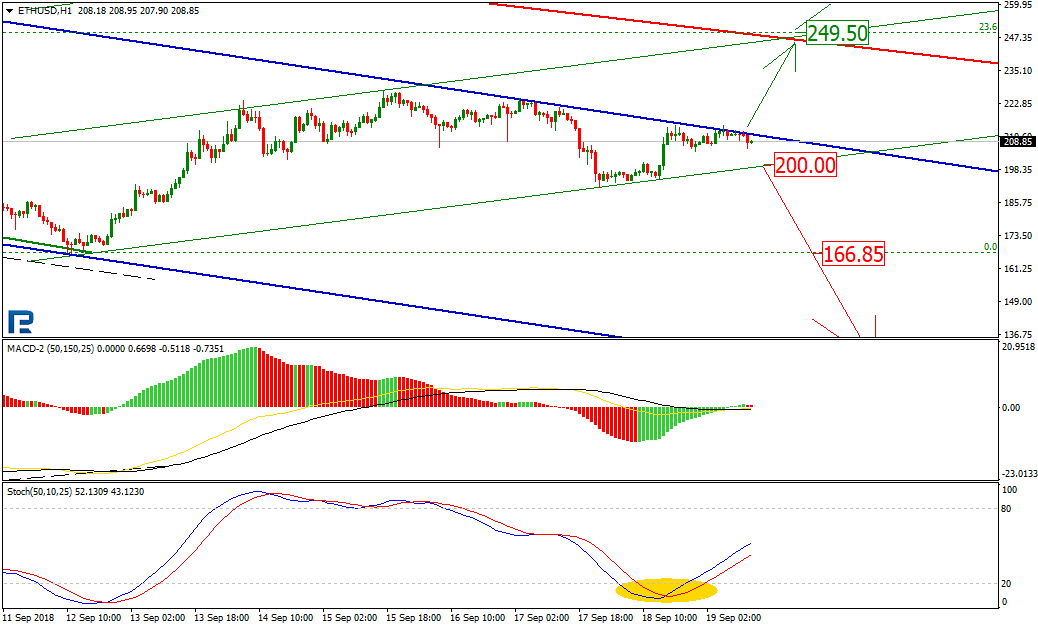 On H1, Ether tested the resistance, which was accompanied with the Stochastic leaving the oversold territory. As such, the resistance is quite likely to get broken out, with the price going up further. 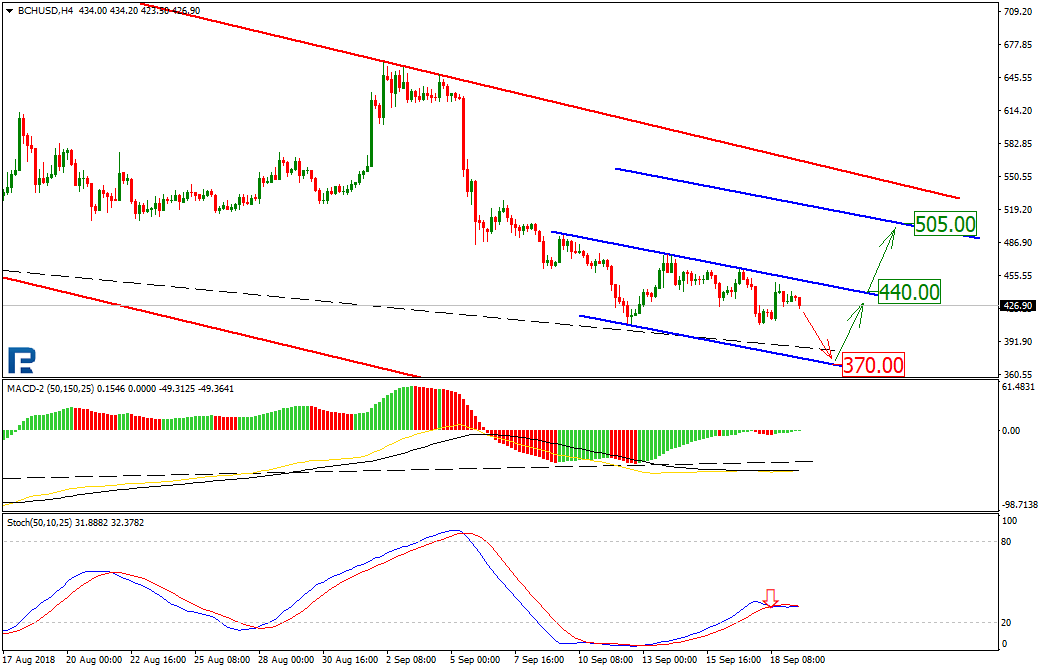 Bitcoin Cash is still downtrending on H4. Currently, the price is correcting against the latest downward impulse. Still, BCH failed to test the resistance and bounced off, while the Stochastic formed a black cross, which signals the price may go further down to $370.

The MACD is meanwhile converging, which means the price may then pull back to around $440, and then, once it gets broken out, even to $505. 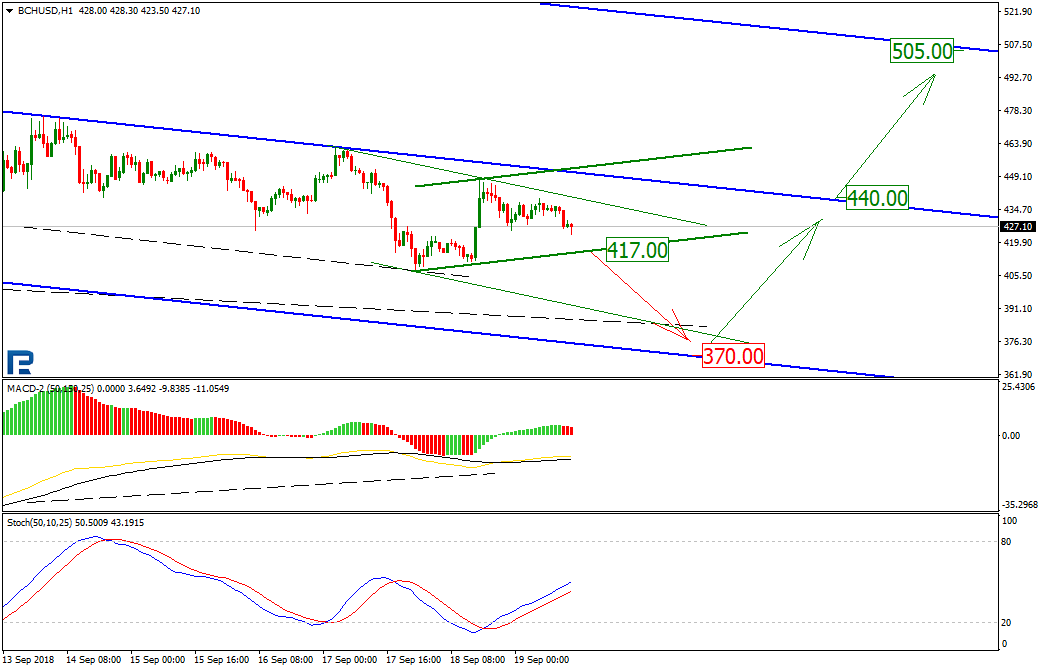 On H4, EOS is correcting within a range. Previously, the crypto bounced off the support and formed a correctional uptrend after a downtrend. Now, the primary targets are the local and the major resistance levels, namely $5.43 and $5.60, respectively.

Meanwhile, the Stochastic has formed a black cross, which means a downtrend is quite possible, too; at this rate, the price is likely to hit the support at $4.67 and go beyond. 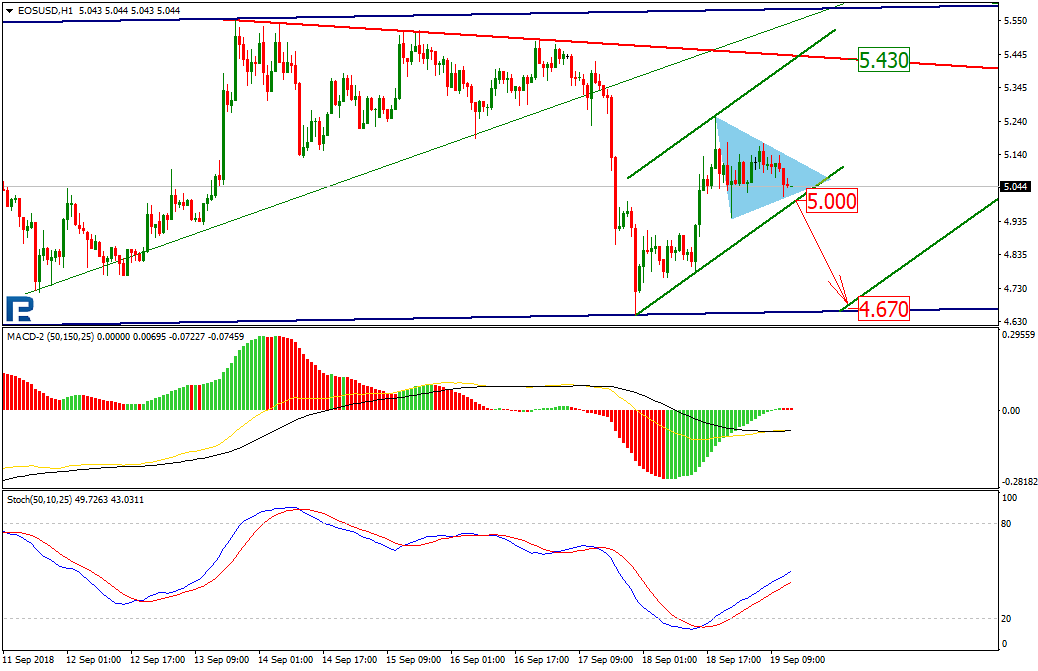 On H1, there is a short term uptrend testing the local support at $5.00, which may then allow the price to hit the major support, too. Conversely, the price may continue rising till $5.43. 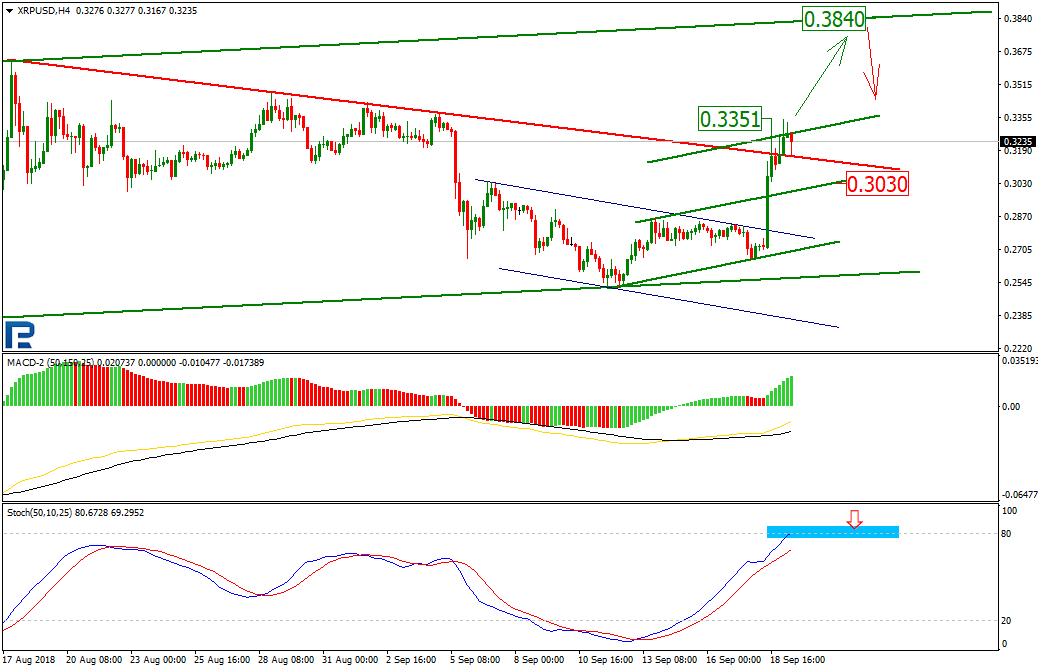 On H4, Ripple is correcting after skyrocketing. The rally was not for nothing, as the price managed to break out various levels on different time frames.

After the target has been reached, the price may go down to the support, which will be confirmed by a Stochastic black cross.

On H1, the Stochastic is entering the oversold territory, while the price is correcting and heading towards $0.3030. After that XRP may rise to $0.3330. 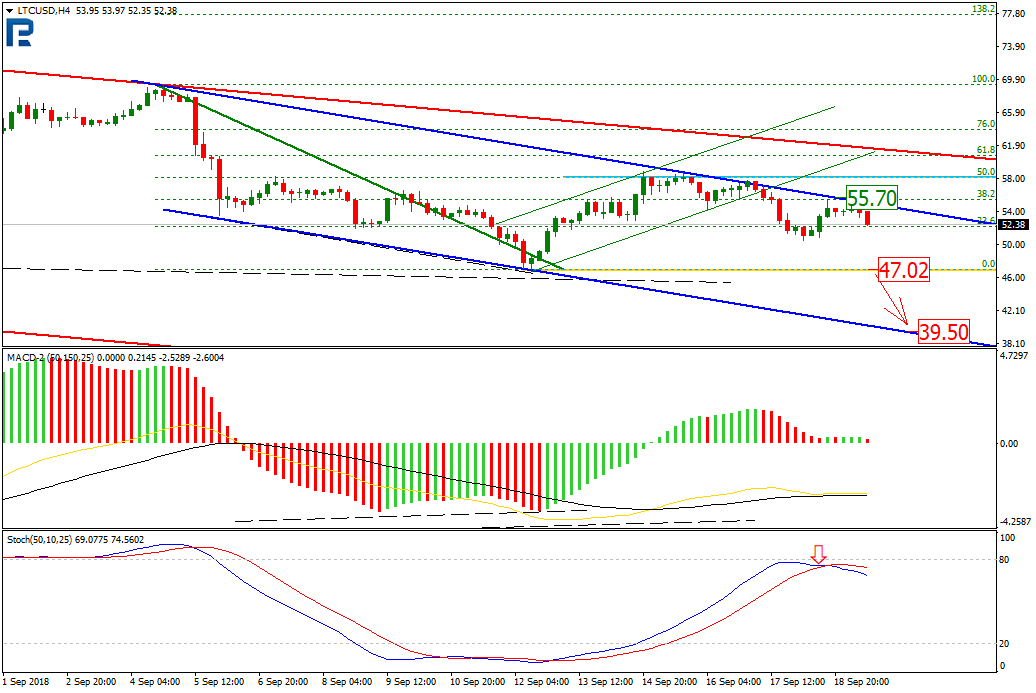 Litecoin pulled back to 50.00% Fibo on H4, then tested the resistance and is currently trying to start downtrending, which is confirmed by the black cross formed by Stochastic.

On H1, Litecoin price is shown in a more detailed way. Still, as the Stochastic point out, the resistance at $55.70 may get broken out, which may then lead to the long term trend resistance test, too.