The crypto market is currently correcting, except Ripple, as XRP is starting a new uptrend. Technically, the price is making lower highs, while the lows do not change, which means the market is consolidating.

The longer this rangebound period lasts, the stronger will be the momentum afterwards. The downtrend is still prevailing, which means the consolidation phase will probably end with a downward breakout. 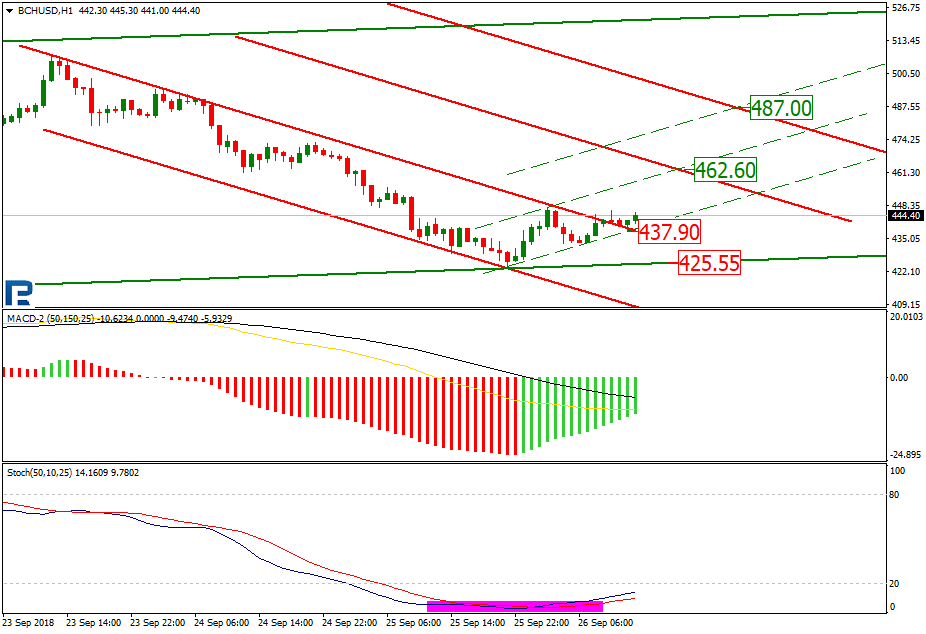 BCH is technically trading within an ascending channel in the midterm, while in the short term the correctional downtrend is fading out after the bounce off the support.

If the short term ascending channel resistance gets broken out, the price may rise to $462.60, which is confirmed by the golden cross formed by the Stochastic in the oversold territory.

After reaching $462.60, the trend is likely to continue moving towards $487.00. Conversely, if a new downtrend appears, the local support at $437.90 may get broken out, too, which may then lead to the price testing the major support at $425.55. This will be confirmed by the MACD lines going below zero. 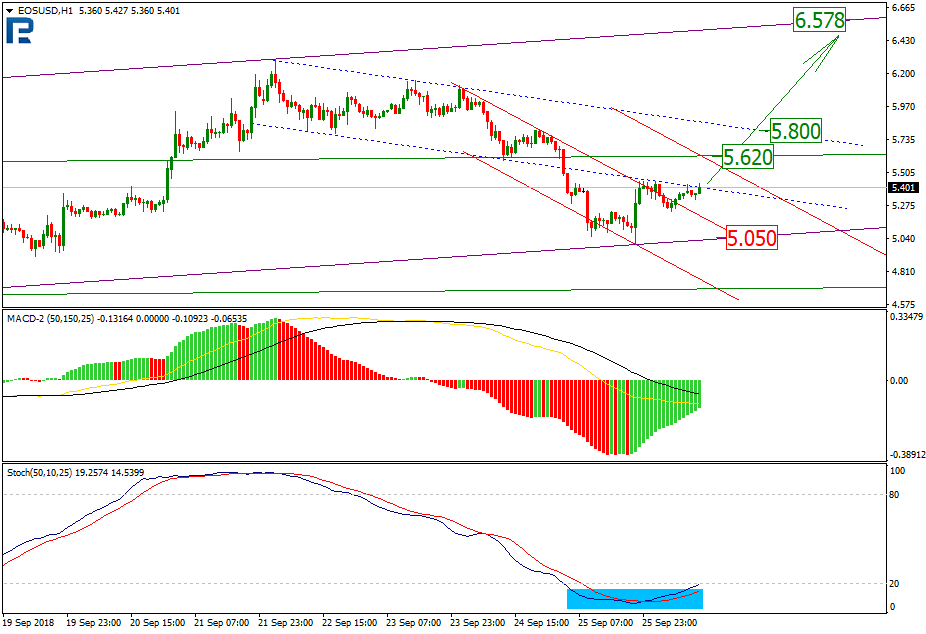 With a golden cross formed by the Stochastic, one can assume the market is forming a new uptrend, with the first target at the projection channel resistance, or $5.62, and the second one at another resistance at $5.80.

The major target, however, may be at the major midterm ascending channel resistance at $6.57. The major support is meanwhile at $5.05. 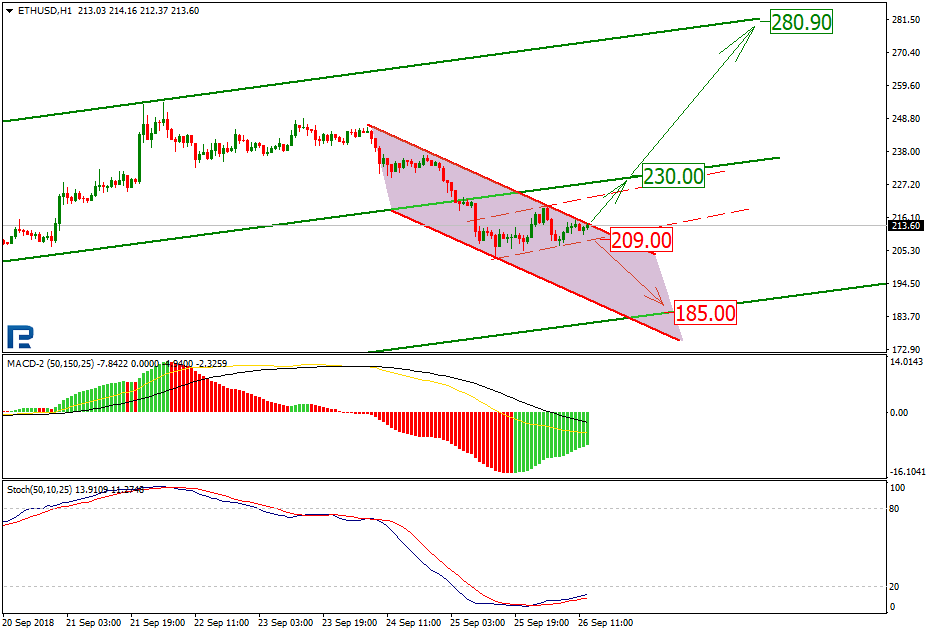 The major target is the projection channel support at $185; however, in order to reach it, the price has first to break out the local support at $209.

The Stochastic has formed a golden cross in the oversold area, which may mean a correction is coming soon that will take the price to the former support, which is now a resistance, at $230. In case this level gets broken out and the price goes higher, it may reach the resistance at $280.90. 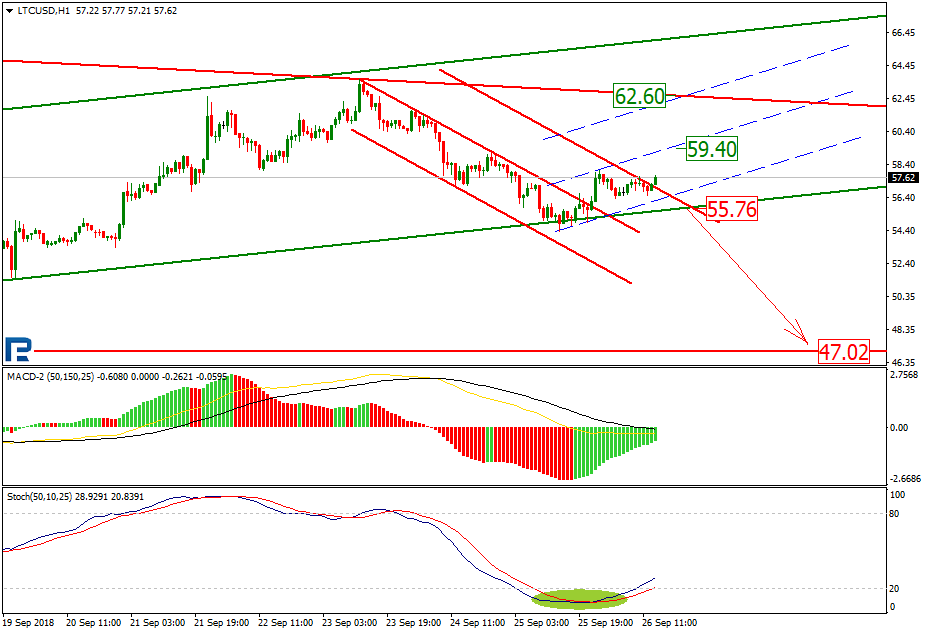 The ascending channel being formed shows the local target may be at 59.40, and another one is near the long term descending trend resistance at 62.60.

The MACD has attempted to cross the zero level, which confirms the possibility of an ascending trend forming. The major support is now at 55.76, and once it’s broken out, a descending move to the major low at 47.02 may start. 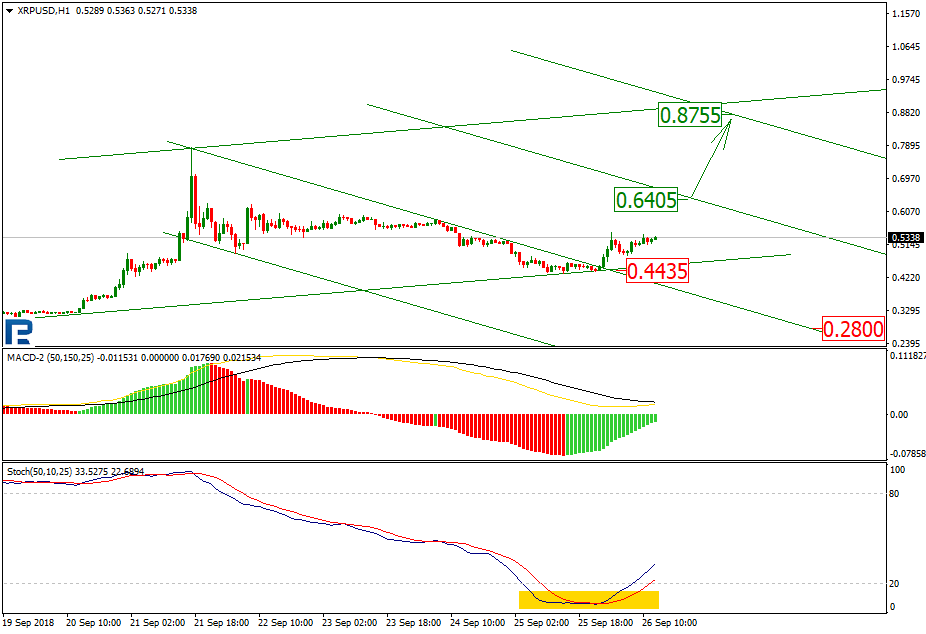 XRP rose heavily last week, and then there was a descending correction, which allowed the market to form a wide range within the ascending trend.

The correction downtrend resistance is being tested now, with a new rising impulse forming, which is confirmed by the golden cross pattern formed by Stochastic.

Conversely, if the current support at $0.4435 is broken out, this will mean the price will head to another support, the midterm one, at $0.2800.