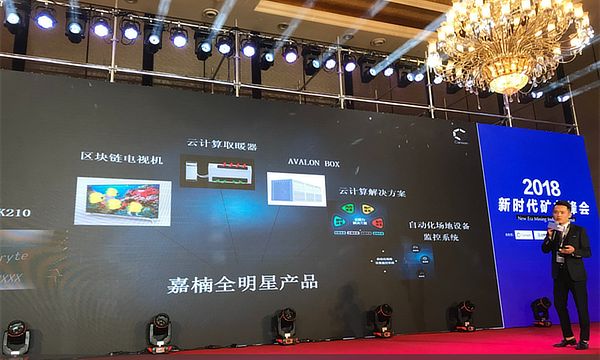 The office of the United States Trade Representative has changed the classification of mining hardware to an “electrical machinery apparatus,” from “data processing machines.”

A small administrative decision which at the time did not matter as it changed any import taxes from zero to just 2.6% back in June of this year.

That has made mining equipments, like Bitmain’s asics, subject to an additional 25% import tax from August 23rd onwards, up now to 27.6% from zero just months ago.

Bitmain, the biggest crypto hardware manufactures, is to be hit hardest as some 51% of their sales are to oversees markets. Just how many of them go to US specifically is not know, but you’d think a substantial amount.

Canaan and Ebang International, the other China based crypto hardware manufactures which in combination effectively amount to the entire market, reported overseas sales of just 8.5 per cent and 3.8 per cent according to local media.

While for Bitmain, an incredible 94.3% of its $2.7 billion 2018 total revenue comes from hardware sales, half of it from oversees.

About 27% of the purchases are paid in crypto, in addition to their own mining pools and industrial mining facilities.

Bitmain apparently has “60,000 mining machines with a total power capacity of approximately 90 MW” in Inner Mongolia.

They’re now building mining facilities in Washington, Texas and Tennessee as well as Quebec Canada, chosen due to its low-cost hydropower supply.

All of which brings in more cryptos through mining, with Bitmain having a trading desk of sorts where they often exchange cryptos for fiat.

They have 2,594 full-time employees, with Micree Zhan, Bitmain’s co-founder, now worth an estimated $5.2 billion following a series B+ founding round. While Jihan Wu, the other co-founder, is worth $2.9 billion.

Analysts claim they’re more concerned about being outraced by competitors than tariffs. Cannan and a number of other Chinese miners, for example, have recently announced far more efficient miners running at far lower electricity than Bitmain’s asics.

However, considering Bitmain’s far bigger exposure to oversees markets, tariffs may have an effect. Especially as while it would be easy to transport industrial mining facilities, it is not clear how easily they can move the hardware manufacturing component.

Something they may need to do if their asics become uncompetitive following the tariffs imposed this summer after China banned crypto exchanges in September 2017, making their unequal playing field far too obvious to even ordinary western citizens.