The crypto market is still impacted by small moves with varying volatility. The price is generally trying to find support near the lows, and this helps it not go down further. The highs do not let it go up either, which may mean the market is stabilizing in the midterm. 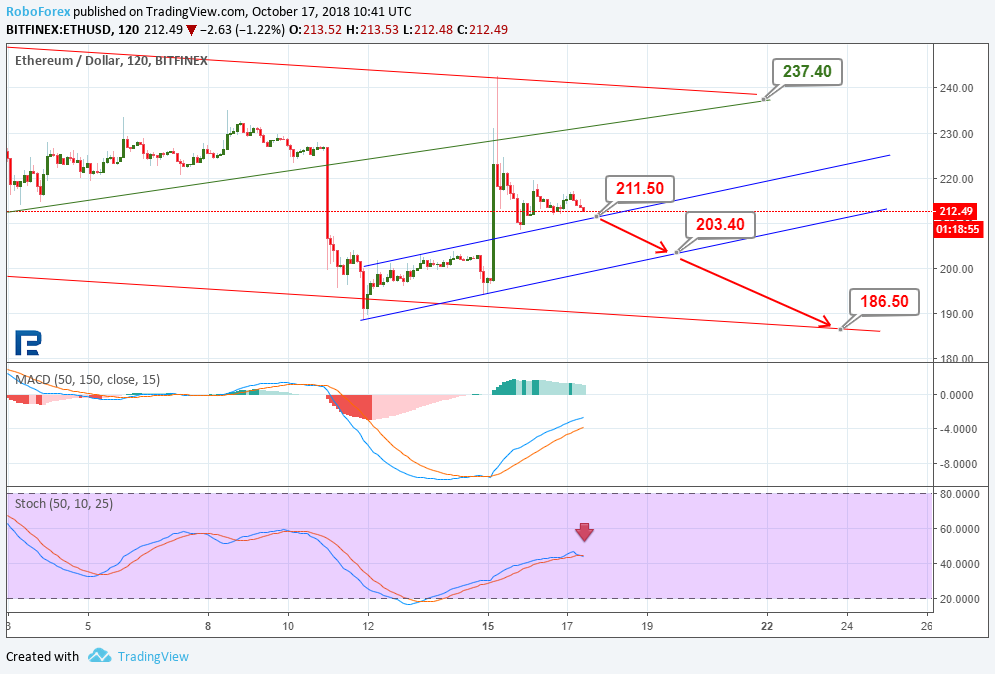 On H2, Ether is moving inside the midterm descending channel. After breaking out the previous channel support, the price tested it as a resistance.

In the short term, there is an ascending correctional trend. The test may end with both a bounce and a breakout.

If this level gets broken out, too, this will allow the price to hit the major channel support at 186.50. The black cross formed by Stochastic is a confirmation. 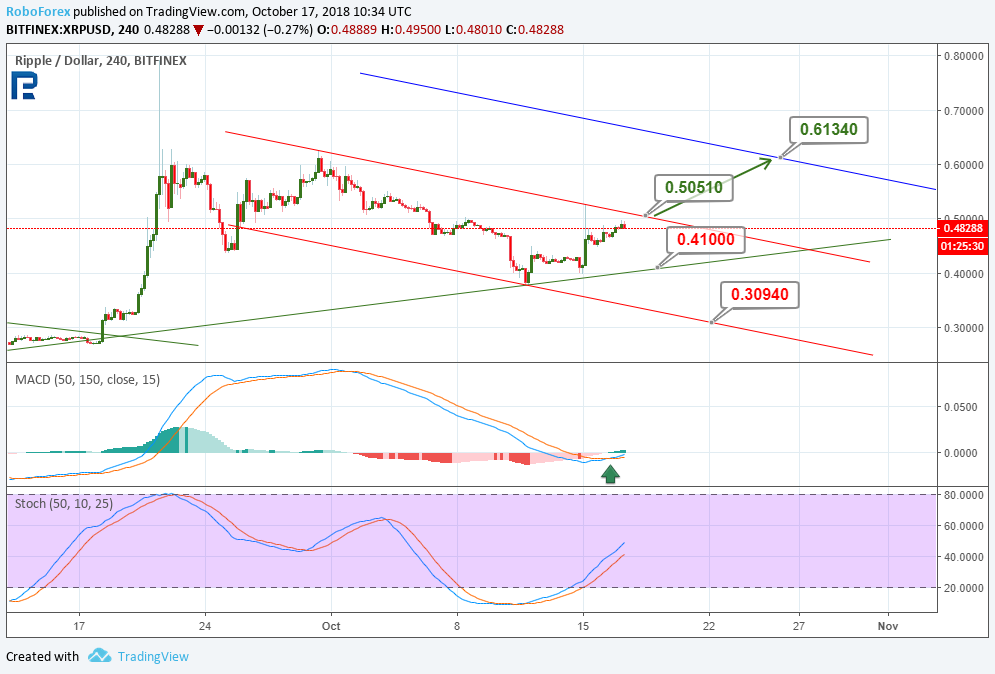 On H4, Ripple is bouncing off the midterm support, thus finishing its descending trend. The price is currently testing 0.5051 and, in case of a breakout, it may move to the upper projection channel at 0.6134.

This is confirmed by the MACD golden cross and the Stochastic lines direction. Conversely, in case of a bounce, the price may reach the current support at 0.4100, followed with a downtrend with the target support at 0.3094. 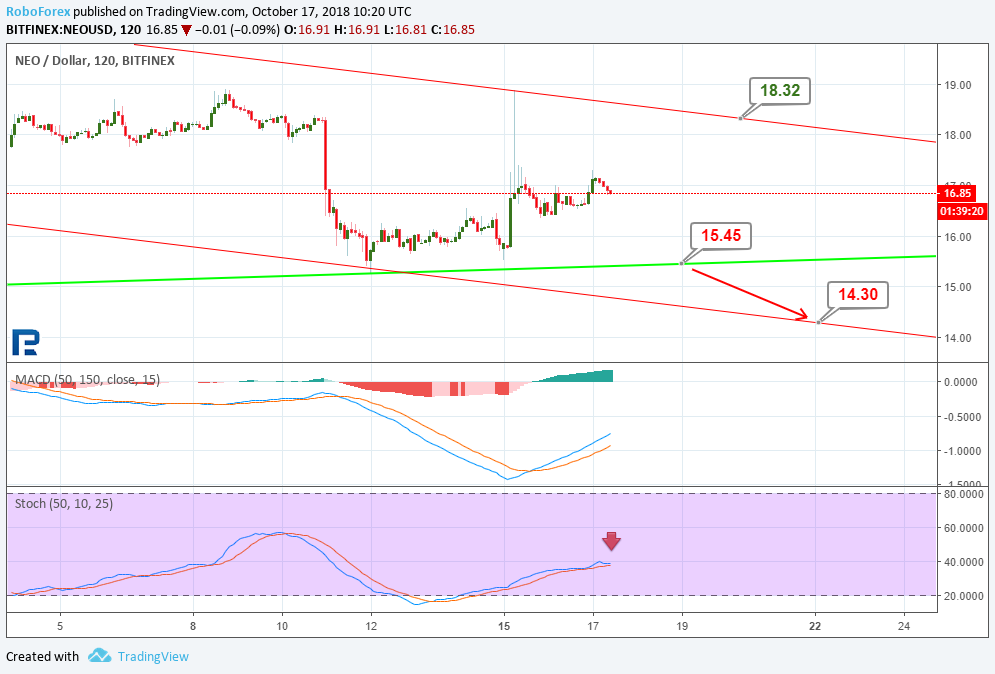 On H2, NEO is correcting within the midterm downtrend. The potential short term rise target may be at the major channel resistance near 18.32.

The MACD lines direction also stands for an uptrend. The support at 15.45 is an obstacle against a possible fall.

The Stochastic is meanwhile starting to form a black cross, but the real confirmation will be the price breaking out 15.45; in this case, the target will be at 14.30. 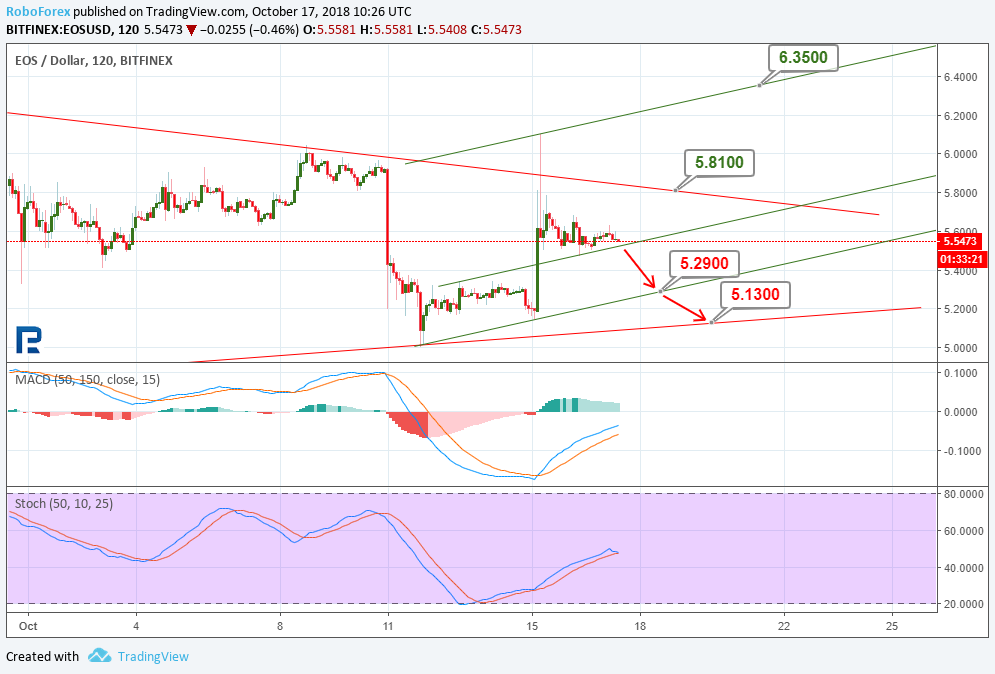 Technically, EOS is consolidating in the midterm on H2, while in the short term it is rising. The latest rising move tested the consolidation channel resistance. The resistance breakout at 5.81 may allow the price to rise till 6.35.

However, the local support is being tested and may lead to the price falling to 5.29. The black cross on Stochastic may act as a confirmation. Further on, the fall will allow the price to test the consolidation channel support at 5.13. 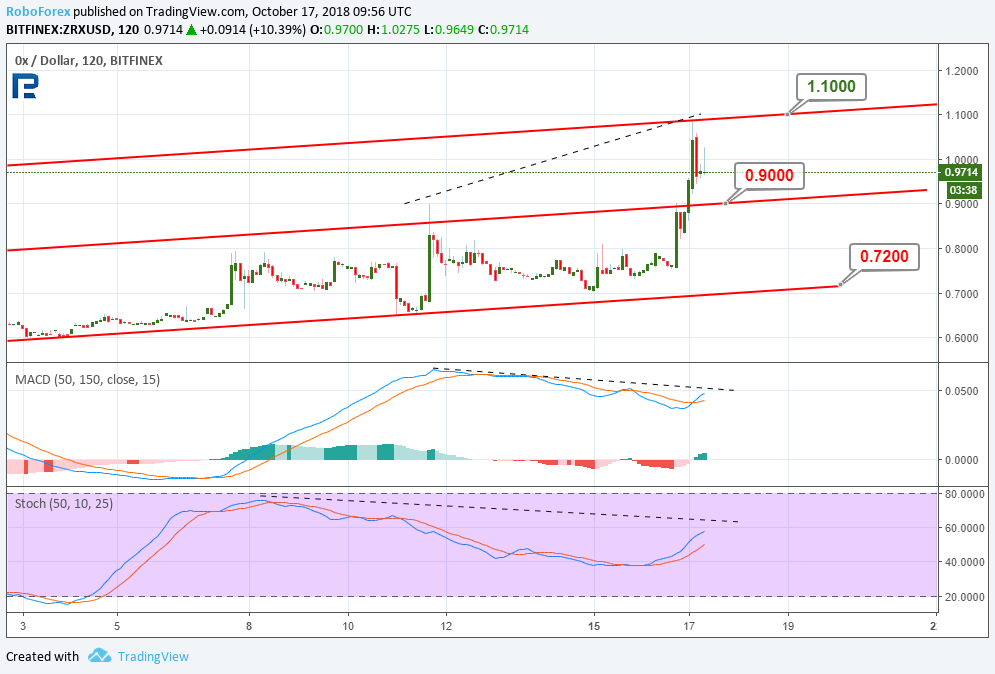 ZRX is rising on H2, with the latest rising move breaking out the previous channel resistance; this sped up the current trend momentum.

In the short term, a fall to the support at 0.90 may be expected. After a bounce, the price may rise to the resistance at 1.10.

Meanwhile, the MACD and Stochastic are diverging, which means the support at 0.90 may get broken out and reach the midterm support at 0.72.