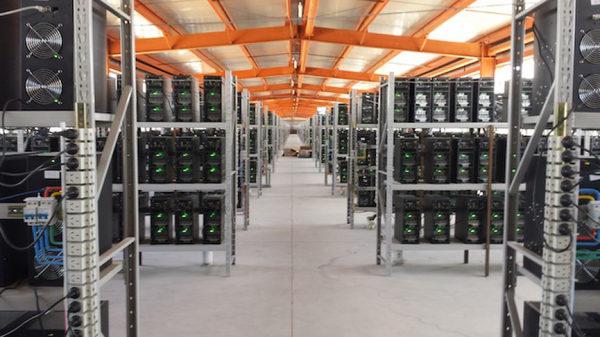 The once booming electronics market in Shenzhen has turned into a ghost-town for crypto miners according to a local media report.

While stores would previously showcase asics with flashy colors, now they quietly pile them behind other digital products.

“Merchants said that all mining machines are selling 30% off. If you take more than one, then the price can continue to be negotiated. You can also get more sets of power cords and accessories,” they say.

Li Chengzhen may be typical of a mining rush. He left his position in a small loans company in the second half of 2017 and bought hundreds of thousands of dollars worth of mining gear.

“The friends in the circle warned that the hash rate of Bitcoin mining started at the beginning of the year has nearly doubled, indicating that more and more new players are entering the market.

At that time I realized that if I did not upgrade the mining machine, this game I can’t continue playing,” Chengzhen said of his situation back in February 2018.

As months progressed and price regressed, Chengzhen became effectively bankrupt. The cost of bitcoin mining was now higher than the price. Crazy profits had evaporated. Chengzhen says according to a rough translation:

“In mid-June, I had another calculation with my older brother who took me in. In the past six months, our profit margin has dropped by 90%. He is even worse because he still engages in the altcoin. Basically, he has all lost.”

He’s now trying to get out, but no one wants his asics. “It’s really hard to sell, and the new mining machines are cheaper than my second-hand,” he says.

He’s apparently managed to sell one or two at $100 worth of Yuan, but much may have to be turned into scrap metal, pocketing him $14 per asics bought at circa $430.

“They said that these [mining machines] will not be sold again. After a while, they can only be sold as scrap iron, 5 cents a pound…

So I have to dismantle them, and then divide them into categories, and sell as much as possible,” said Li Chenghao, a shop owner in a mall in Shenzhen’s district of Huaqiang North.

Mining can be brutal and for many it is a losing business because in addition to price volatility, one has to consider the ever rising increase in difficulty.

That has now reached 60 quintillion hashes per second, a number that comes after trillion and after quadrillion.

Just this year alone, difficulty has increased 6x, from 10 quintillion now to a new high. That means all machines that were in operation at the beginning of this year are now six times less profitable.

In addition, price has fallen by 4x. So anyone who has entered the mining market before 2018 and has not upgraded their machinery is pretty much under.

For ethereum, what the Chinese media is calling the “mining disaster” can visibly be seen as hashrate has fallen from 300 terahashes to 250 and has stayed there.

Meaning many have turned off their GPUs, which shop-owners in Shenzen are no longer willing to buy except for the newest ones.

“Now, apart from the relatively new GTX1070, 1080, other graphics cards are not arbitrarily collected,” says Liang Sizhong who runs a computer maintenance stall.

GPUs that in 2017 were almost impossible to find. Now, with eth’s significant increase in difficulty, combined with its decrease in price by some 86%, few want the product.

Part of the reason for this stupendous price fall in cryptos is due to Proof of Work institutional miners who tend to insta sell bitcoin or eth in order to cover their business expenses and to expand.

As mining is fairly decentralized in that anyone can leave or enter the market, miners keep on selling relentlessly until mining is no longer profitable.

At that cost of production point, a natural switch occurs whereby it is more profitable to buy crypto, rather than to mine it.

Miners therefore are turned off, some – if not the vast majority – go bankrupt, new entrants appear, while a small number might be able to weather the storm by mining at a cost with the aim of keeping the crypto and in the hope a profit might eventually be seen.

All of which means cryptos probably do have a floor, and that floor is probably at the current level at least for eth and bitcoin.

That’s because much of the mining pressure on the market may have now reduced considerably as some new money goes to buying cryptos directly rather than new miners, while some old miners hold off selling or stop increasing their business costs, thus crypto liquidation.