Will Banks Really Use XRP or Ethereum’s Public Blockchain? 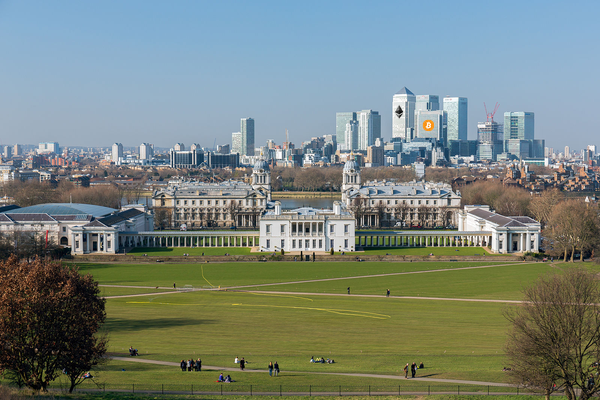 Ripple jumped another 13% today on yet another rumor regarding bank related payment systems, but is there any substance to it all, will banks really use XRP?

Ripple is basically trying to replace correspondent banking – that is the banks that move the money internationally. Instead of going through these banks, Ripple is trying to persuade banks to go through RippleNet by buying XRP in one exchange in one country to sell that XRP on another exchange in another country, so making an international payment without involving correspondent banking.

That means they’re effectively selling to their competitor. They’re telling banks that instead of they themselves performing the payment with a fee, they should pay Ripple a fee or they should stop charging fees completely.

Obviously that’s not going to happen. The way it would work would be for banks to basically fork ripple, or ethereum or whatever else, and create a dollar token that replaces XRP, or indeed any other crypto.

They’ve been trying to do so, but banks hit a wall because the centralized tokenizing aspect means there is trust involved in regards to whether one fiat dollar is one tokenized dollar.

As much as we distrust banks, they distrust themselves even more than we do, not least because they’re complete experts in their own field. So while we transact with each other through digital IoU bank money, banks transact between themselves through Central Bank money.

To keep account of the movement of that central bank money, commercial banks have basically joined together into a monopoly clearing system like SWIFT.

There can be efficiencies there especially in international payments, but banks obviously won’t adopt them unless it makes business sense, unless it keeps them in charge and it keeps them charging fees.

Proper public blockchains kind of replace all this with open source code. That code is far more trusted, and since it is natively digital without human aspects, real money can move basically instantly. Unlike bankers money, which needs days for human checks and so on.

Meaning that in the far future, the fee business model of bankers will shrink in some aspects, but trustless banks will continue to exist for services like loans and so on.

As bankers see that potential future, they’re trying to see how they can basically keep control and remain in charge. So they’re creating private blockchains of mainly ethereum, they’re seeing whether Ripple makes any sense for them to incorporate by taking the code while of course getting rid of the token which is the main threat.

They’ve hit a wall, however, in the human input requirement for the proper digitization of fiat. Even there they’ve been outcompeted by proper crypto companies. Tether, as controversial as it is, has nonetheless pioneered something relatively new. Tokenized dollars have now been launched by more reputable companies, like Coinbase.

Banks can of course get rid of this competition in tokenized dollars pretty much instantly if they wished, but it wouldn’t make sense for them because they can’t loan out this tokenized dollar for example. They’d be taking money out of their own system, out of their own control. They’re not going to, obviously, because that’s a very different, and perhaps a far less profitable, business model.

That probably mean innovation is unlikely to come from banks and that banks are very unlikely to use cryptos like eth or ripple.

Innovation will instead come from start-ups and from what might be new banks. For them, the customer would be the public, not competing banks.

One way it would make sense for banks to incorporate crypto, beyond trading it like they trade commodities, would be to basically provide crypto bank accounts.

Current bank apps show only national money, with some business accounts showing foreign money too. They could easily also show cryptos. The bank would just need to run a blockchain node, and basically it’s all done.

Practically, of course, there are many other considerations like custody and so on, but if cryptos really catch on, then the current banks will have no choice or new banks will rise in popularity by basically showing the amount of eth one has next to the amount of dollars they have.

One can argue at that point we’d be going full circle, but with some differences. The public blockchain would hold banks accountable and the digital money would also be cash. It would be an IoU as long as it is in the bank account, but once withdrawn then you can be fairly sure this IoU isn’t just printed new money, but real money.

Mischievous banks would of course lend the crypto and operate on fractional reserve. You’d think that would mean bank-runs, but that would be limiting our imagination considerably.

As crypto is just code, you can have natively digital banks. In other words, the bank would be just code. Currently, for example, we keep our money on exchanges, which may well be operating on fractional reserves. Eventually, we will probably keep our money in smart contracts.

DAI is a prime example so far, but that’s just the first of a completely new financial world that runs on code. Bank runs, thus, could be eliminated with natively digital money through algorithms.

We’re of course no where near there, but every day that passes and the DAI smart contract – which currently holds one million eth – is not hacked, we get closer to natively digital banks.

Of course there will be people that create all this stuff and sort of manage it. Now they group together under a corporation called a bank. That corporation itself might no longer exist, but the bankers will keep on banking.

There will be financial services, just done more equitably, more efficiently, more fairly, and a lot more grounded in reality rather than detaching into booms and then descending into busts by printing out too much money or too little.